By Saniya Bulatkulova in Culture on 19 July 2022

NUR-SULTAN – The young Kazakh musician Ruslan Talas was recognized as the best violinist at the prestigious World Vision international online music contest on June 1. He told his story in more detail in a recent interview with the Kazinform agency. 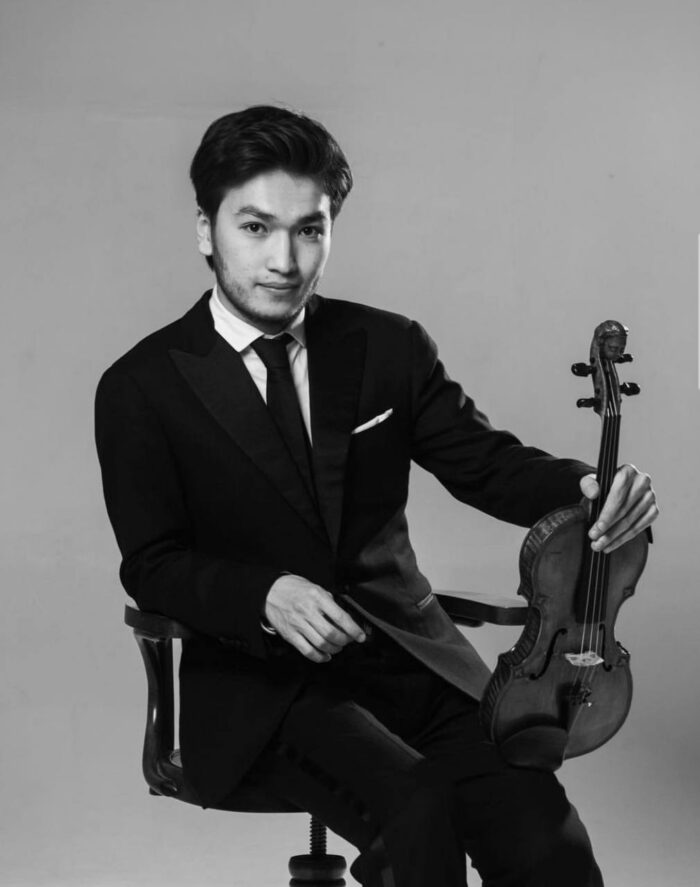 Talas won the competition, which was held from Nov. 1, 2020, till April 25, 2022, while competing among the world’s best violinists, violists, cellists, double bassists, pianists, and harpists between the ages of 16 and 35 years old. The winner is expected to receive €100,000 (US$100,000) and perform concerts at the Berliner Philharmoniker, Carnegie Hall (New York), and Zaryadye Hall (Moscow).

In the interview, Talas said he chose the violin because he has loved this instrument since childhood.

“I think the main reason is that my father is a musician. I owe my career to him. I am immensely grateful to my father and will always be grateful. My father raised me to be a musician, and I loved my instrument and its sounds thanks to him,” noted the winner, saying he enjoys what he is doing as it brings him joy, inspiration, and happiness.

When asked about his education, Talas said that he graduated from Moscow State Tchaikovsky Conservatory. Before that, he studied at the Central Music School of the Moscow Conservatory.
In 2021, he entered the University of Music Lausanne (HEMU) in Switzerland, where he attended classes led by famous Dutch violinist and violist Janine Jansen. 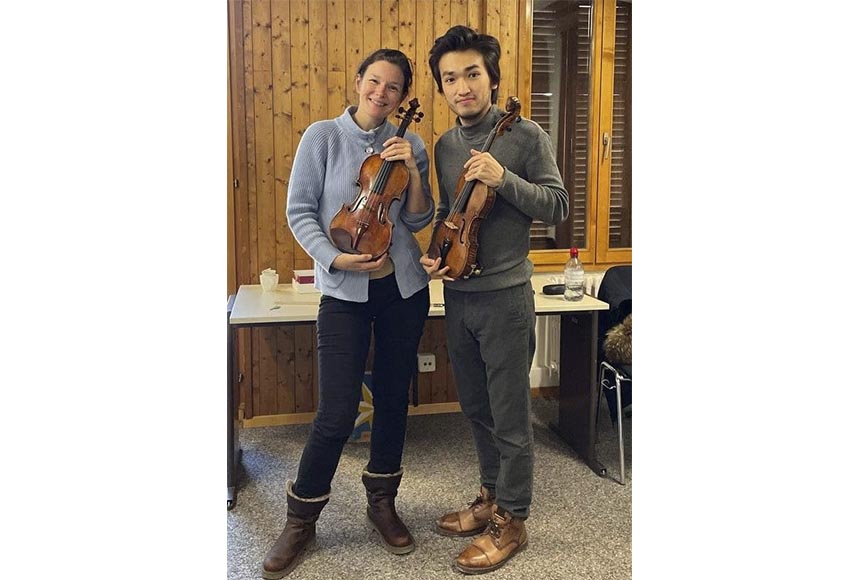 “I took her class for one year and learned a lot. Janine helped me very much in preparing for the World Vision competition and supported me in every possible way. Now I am in my last year at the academy,” added the musician.

According to Talas, a new generation of musicians will have a chance to make a more significant contribution to the development of culture in the country if the Ministry of Culture and Sports is more engaged in the search for young talents and in supporting them.

He also mentioned his personal acquaintance with pop star Dimash Kudaibergen. The two met at a rehearsal for a government concert in Nur-Sultan in 2014.

“At that time, I came after the Tchaikovsky youth contest, while Dimash was already the winner of national and international competitions,” Talas said. 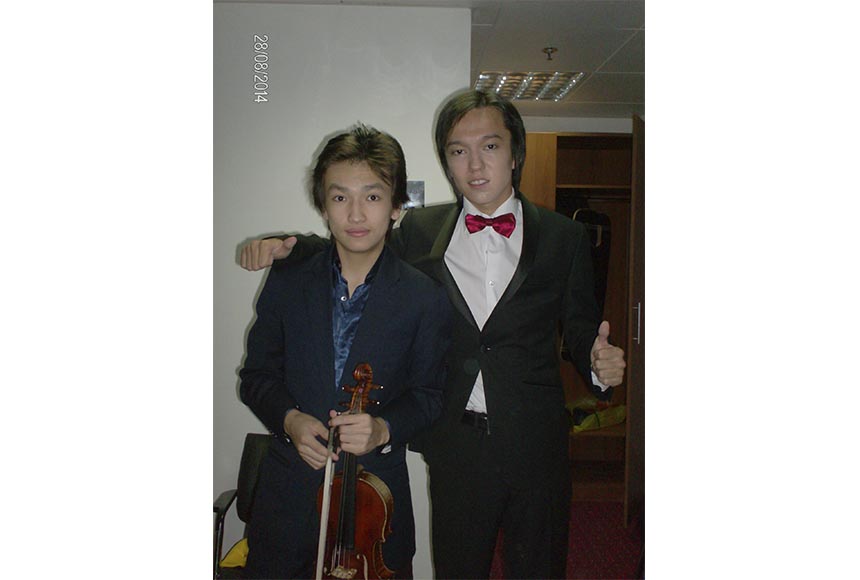 Ruslan Talas performing during the last round of the competition in Vienna’s concert hall KonzertHaus.