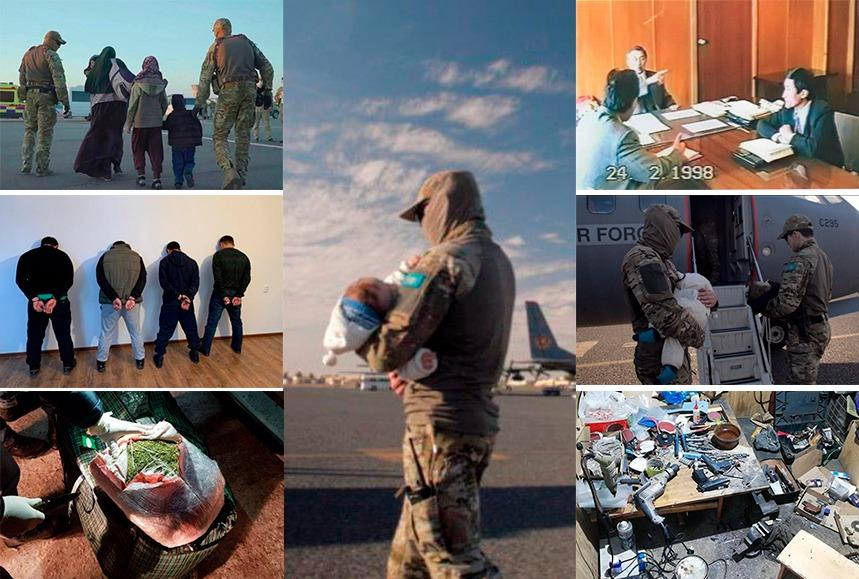 “Thanks to the effective work of the Committee, 42 people involved in extremist activity and terrorist propaganda have been detained. Two terrorist acts were prevented at the early stages. The national security agencies in cooperation with the police neutralized a number of particularly dangerous criminal groups and detained 22 members of gangs. As a result, almost 700 guns, 54 grenades and over 17 thousand ammunitions were seized. In six months, 15 drug laboratories, 23 international and 40 regional drug channels and three drug plantations were liquidated in the country,” said Tokayev, according to the press release from Akorda.

On the occasion, Kazinform news agency compiled memorable stories of NSC, highlighting the largest, unprecedented sting operations and the fight against terrorists, drugs, hostage-takers, and the scores of completed humanitarian missions over the years of independence.

Starting from 2019 the NSC carried out a series of humanitarian operations under the Jusan name, returning children who have been caught up in the Syrian conflict back to Kazakhstan. Many of those who left the country are believed to have been influenced by terrorist groups to go to Syria to fight in that country’s conflict.

The Jusan operation offered civilians the opportunity to flee the conflict zones and allowed them to denounce their radical views, find employment and start living normal lives again.

The transfer of hundreds of Kazakh refugees from Syria back home required vast preparation and courage from NSC officers. They visited prisons and camps to collect information on Kazakh prisoners and transmitted it to the headquarters in Nur-Sultan. 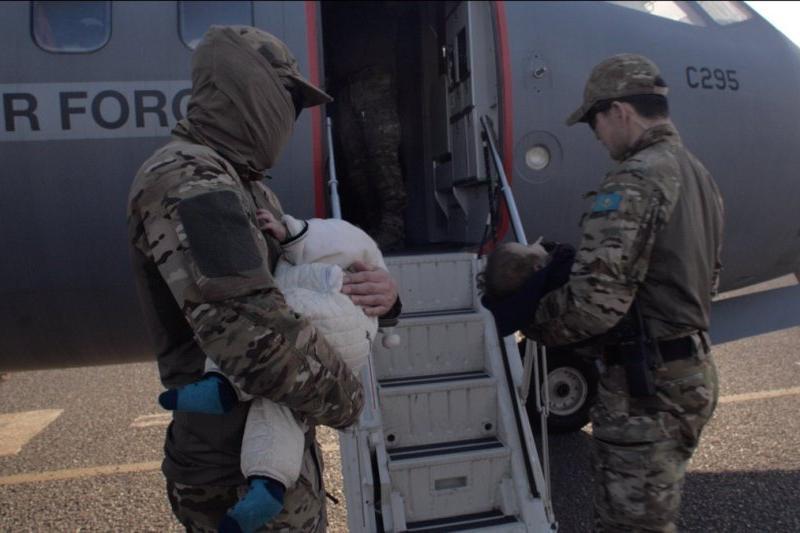 The very first operation was completed in January, 2019. C-295 aircraft of the Kazakh Ministry of Defense departed from Aktau airport to bring back the first group of Kazakh women and children.

Since the first operation, the NSC has completed four more stages of evacuation, the latest of which was in February of 2021. Overall, 607 Kazakh citizens, including 37 men, 157 women and 413 children, among them 34 orphans, were evacuated to Kazakhstan.

Back in 1996, the NSC was deployed in a drug-fighting operation targeting Nigerian drug dealers, who had connections with criminal groups in Russia, Pakistan, Thailand, India, and Brazil.

Three students from Nigeria fell under suspicion from NSC agents because of their ostentatious lifestyle.

In 1997, the NSC received information from the United Kingdom Customs Service about the delivery of two postal items that contained approximately two kilograms of cocaine from Brazil to Almaty. 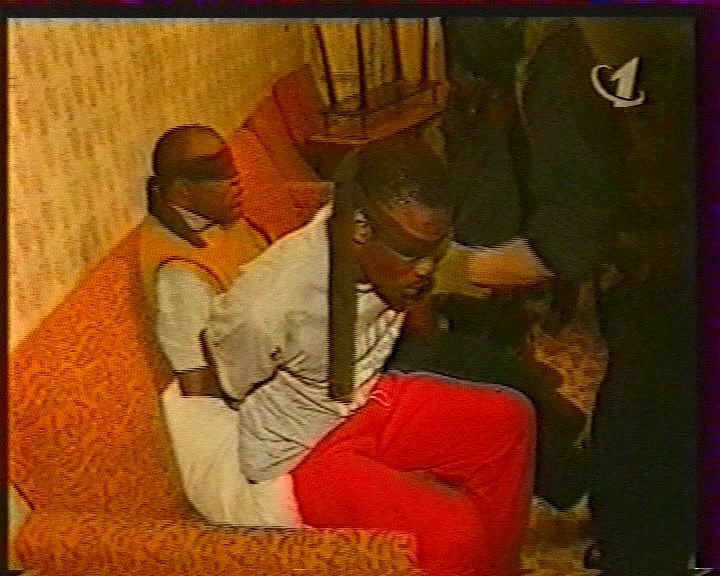 NSC operatives suggested that the shipments have been made by a Nigerian drug gang that denoted Almaty as a transit point for smuggling drugs from India, Pakistan, and Brazil to Russia.

The leadership of the NSC and the State Investigative Committee decided to conduct a controlled delivery involving around 50 agents. The operation resulted in the arrest of five drug couriers seizing 12 kilograms of heroin and two kilograms of cocaine.

Another high-profile NSC operation rescuing hostages was completed in 1992 when a bus carrying 30 passengers was taken hostage by a group of armed criminals. The criminals initially released the majority of hostages after confronting the police, however two of them resisted and took 12 people to demand ransom and an aircraft.

In one night NSC agents prepared for a storming operation, which was later called Nabat, to rescue the hostages. The operation was finished in a few seconds and all hostages were released unharmed. Two of the bandits were also neutralized.