NUR-SULTAN – As the summer session of the Parliamentary Assembly (PA) of the Organization for Security and Co-operation in Europe (OSCE) began in Birmingham, UK, the delegation from the Kazakh Parliament focused on the Aral Sea problem, reports the press service of the Senate. 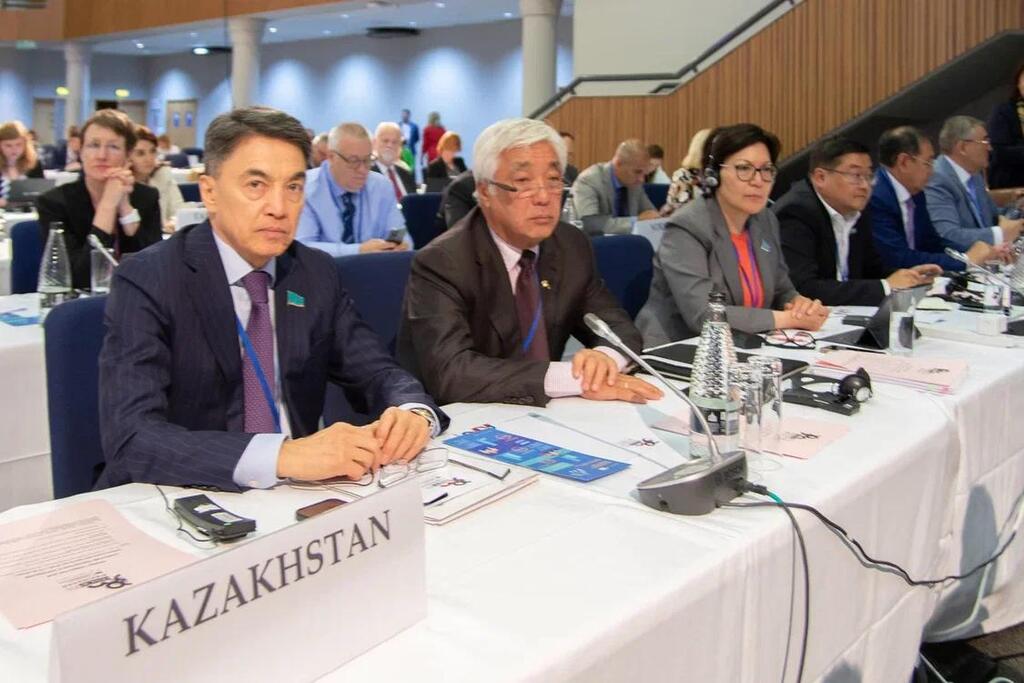 Hosted by the UK Parliament, it is the first in-person annual session since 2019, due to the COVID-related cancellation of the 2020 annual session and the holding of a remote session in 2021.

Askar Shakirov, who is deputy chair of the Senate, an upper chamber of the Kazakh Parliament, and vice president of the Assembly at the OSCE PA since July 2021, headed the Kazakh delegation. With his Uzbek counterpart Sadyk Safoev, Shakirov put forward a joint appeal of the parliaments of the two countries to the organization and its member states to become donors in implementing projects related to saving the Aral Sea.

Shared by Kazakhstan and Uzbekistan, the Aral Sea was once the world’s fourth-largest lake. The Aral Sea is fed by the two main rivers in Central Asia – the Amu Darya and the Syr Darya. Yet the large Soviet campaign launched in the 1970s diverted most of their waters to supply the region’s growing cotton production. The action caused the sea to dry to a tenth of its original area of 68,000 square kilometers.

The document, which was distributed to the participants of the session, draws attention to the unprecedented decrease in size and salinization of the Aral Sea for the past 60 years. The dust contains sea salts, pesticides, and other chemicals in large amounts, which is carried by winds from the dried part of the former seabed to nearby regions.

The deputies also emphasized the degradation of the ecological habitat that caused a sharp deterioration of health in the Aral Sea region, which, according to them, reports the highest percentage of oncological diseases in Central Asia.

The scale of the ecological disaster requires the consolidated efforts of not only the countries in the region but also the entire international community to comprehensively address the socio-economic and ecological situation in the Aral Sea basin, reads the document.

In the beginning of June, Russian cosmonaut Oleg Artemyev shared a video he took from outer space of the shrinking Aral Sea.

As part of the session, the Kazakh delegation also organized a thematic event where they spoke about the large-scale reforms in the country. The results of the nationwide referendum were also on the meeting agenda.

The participants also discussed the ways to strengthen the role of Parliament, improve the electoral system, boost political competition, and develop mechanisms of human rights protection.

The OSCE PA’s 29th annual session will last until July 6.