NUR-SULTAN – Kazakhstan’s Orbis Heavy Machinery unveiled its multi-brand plant for the production of commercial and specialized vehicles on July 6, reports the company’s press service. The investments in the project are estimated at 11 billion tenge (US$23.6 million). 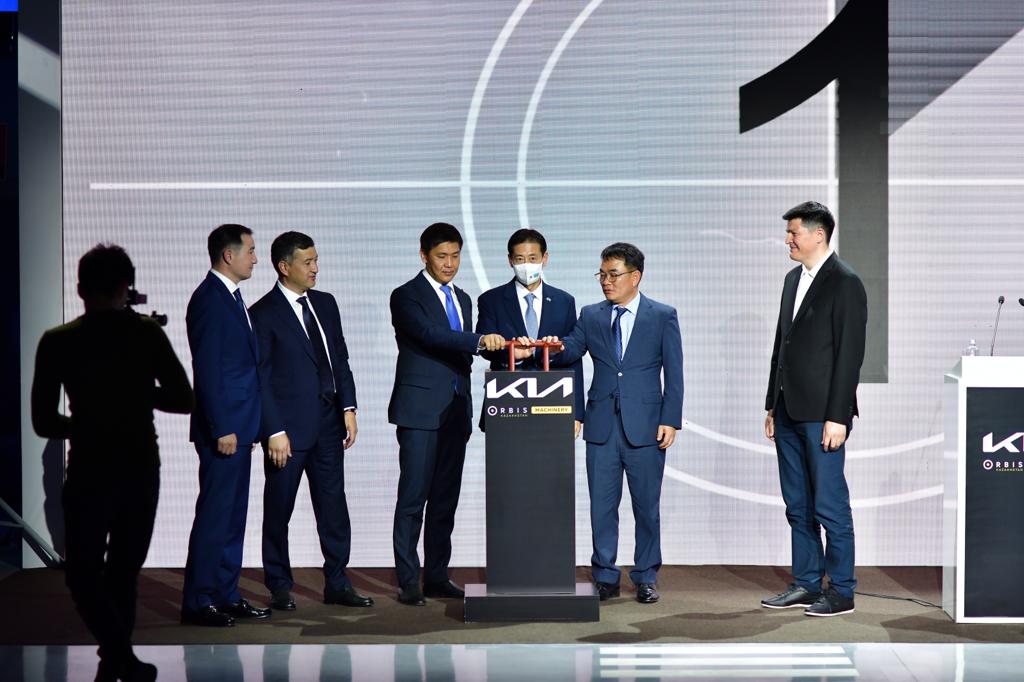 The work of the enterprise, which is located on the territory of Astana – New City free economic zone, began with the production of KIA commercial vehicles with full-cycle technology, based on the license agreement between KIA Corporation and Orbis Kazakhstan signed in 2021. It is the first production site of KIA commercial vehicles in Central Asia and the Commonwealth of Independent States (CIS).

In the next two years, the enterprise will extend the product line of KIA Bongo models with increased gross weight and will start producing electric-powered and hydrogen-powered models.

Senior Vice President at KIA Corporation Ik-tae Kim said the expansion of the presence of the largest South Korean automaker in Kazakhstan demonstrates the importance the corporation attaches to the promotion in the Kazakh market.

“We are here as one of the world’s largest suppliers of commercial vehicles and we will do our best to manage the production of high-quality KIA vehicles in Kazakhstan, contributing to the growth of the economy and ensuring greater prosperity,” he said.

Orbis is also expected to sign an industrial assembly agreement with the Kazakh Ministry of Industry and Infrastructure Development.

In the first stage, the annual production capacity of the plant will reach 11,880 units of commercial and specialized vehicles, enough to provide Kazakhstan’s market with commercial and specialized machinery at a competitive price, and also export to the markets of 11 countries. Exports are expected to account for 80 percent of the total production.

The factory complex includes production areas for welding, painting, and assembly, as well as the production of superstructures. It uses the manufacturing process called complete knock down (CKD), where a product is delivered in parts and assembled at the destination

The launch of the second stage is scheduled for the third quarter of 2023. The design capacity of the plant upon completion of the second phase will be around 20,000 units, which will expand the range of products, increase exports to 16,000 units and create an additional 200 jobs.

According to Farrukh Makhmudov, chair of the board of directors of Orbis Kazakhstan group, the launch of the enterprise will facilitate the transfer of advanced technologies to Kazakhstan, increase tax revenues to the budget and create new high-tech and high-paying jobs in the region.

“The favorable business climate in Nur-Sultan and in the country as a whole allowed our group of companies to implement this project and build a modern technological plant in partnership with one of the largest automobile companies in the world. In the next ten years, the size of the payroll could reach six billion tenge (US$12.8 million),” said Makhmudov, stressing the export potential of the plant.