By Saniya Bulatkulova in Culture on 2 July 2022

NUR-SULTAN – Indonesian Dears, the term for fans of Kazakh pop singer Dimash Kudaibergen, gathered to celebrate the fifth anniversary of their fan club on June 29 in the National Library of Indonesia in Jakarta, the Khabar TV channel reports. Created in 2017, the fan club consists of 10,000 people. 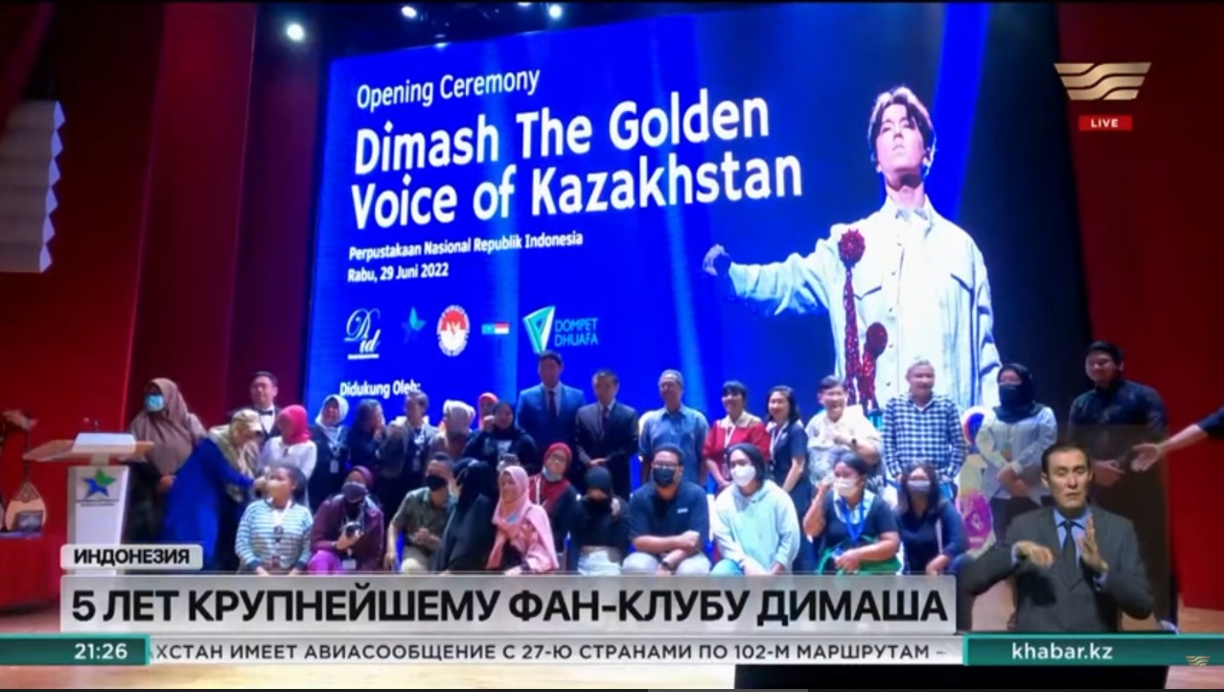 A fragment from Khabar TV channel’s story demonstrating Indonesian Dears during the meeting on June 29.

On the same day, the Dimash: The Golden Voice of Kazakhstan exhibition opened in the library and will run through July 8. The exhibits include books, pictures of the country’s nature, Kazakh traditional clothing and musical instruments as well as works of art made by Indonesian artists.

During the meeting, fans performed Kudaibergen’s songs, watched one of his recorded concerts, and learned about the culture of Kazakhstan from the Kazakh Embassy in Indonesia.

One of the fans read a summary of the “Enlik-Kebek” poem dedicating it to the upcoming 125th anniversary of the prominent Kazakh writer Mukhtar Auezov.

“I am 62 years old. I have been studying the Kazakh language for six months. When I first heard Dimash’s voice, I loved the Kazakh language. I gradually began to get acquainted with Kazakh writers and poets. Mukhtar Auezov was the first author to contribute to the formation and development of the Kazakh school of style,” said Tita Sriwahuni Kossatita in an interview with the Khabar TV channel. 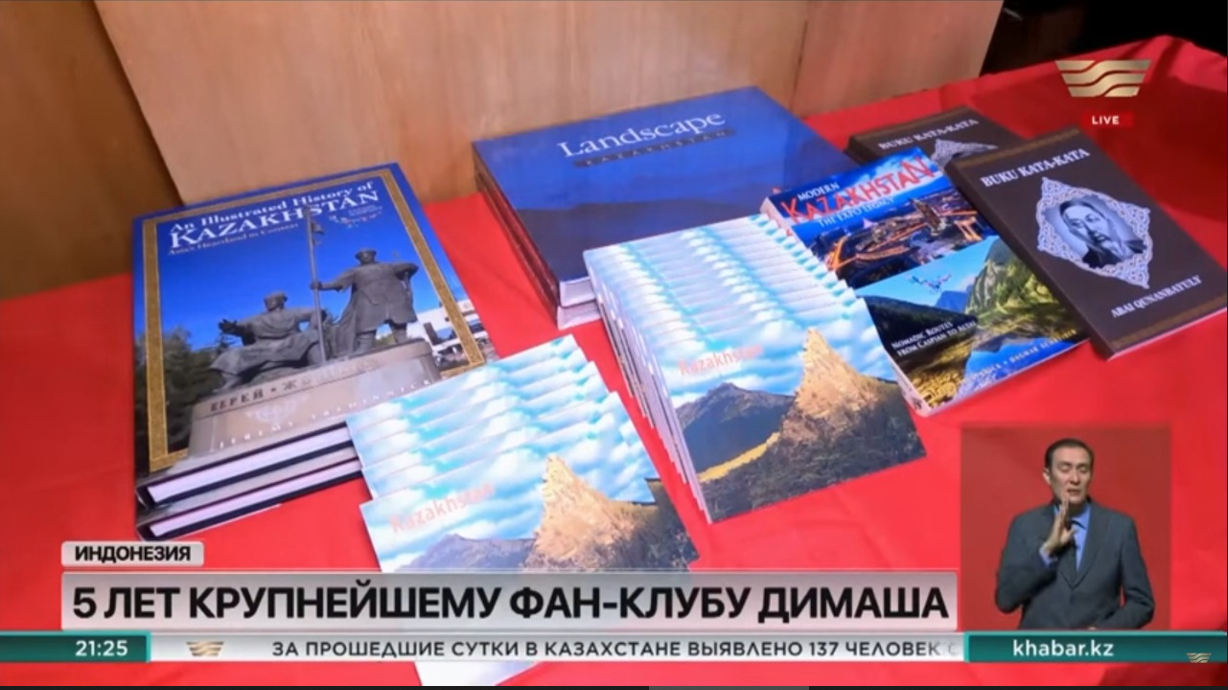 A fragment from Khabar TV channel’s story showcasing books brought from Kazakhstan and presented at the exhibition.

Deputy Chair of the Indonesian fan club Lucy Novarianti said Kudaibergen impressed her not only with his voice but also with his noble deeds.

“I learned about them [acts of kindness] through social media and I decided to explore Kazakhstan and its people. I wrote the first book called ‘Dimash in My Story.’ I am working on the second book, which will be published soon,” said Novarianti.

Born in Aktobe, Kudaibergen became widely celebrated due to his six-octave vocal range. On June 29, the singer announced on his Instagram that he will perform his solo concert Stranger on the stage of the Central Stadium in Almaty for the first time on Sept. 23.