NUR-SULTAN – A late July 11 evening at the Nursultan Nazarbayev international airport was filled with joy and excitement, where fans gathered to meet Wimbledon champion Elena Rybakina after her triumphant win last Saturday. 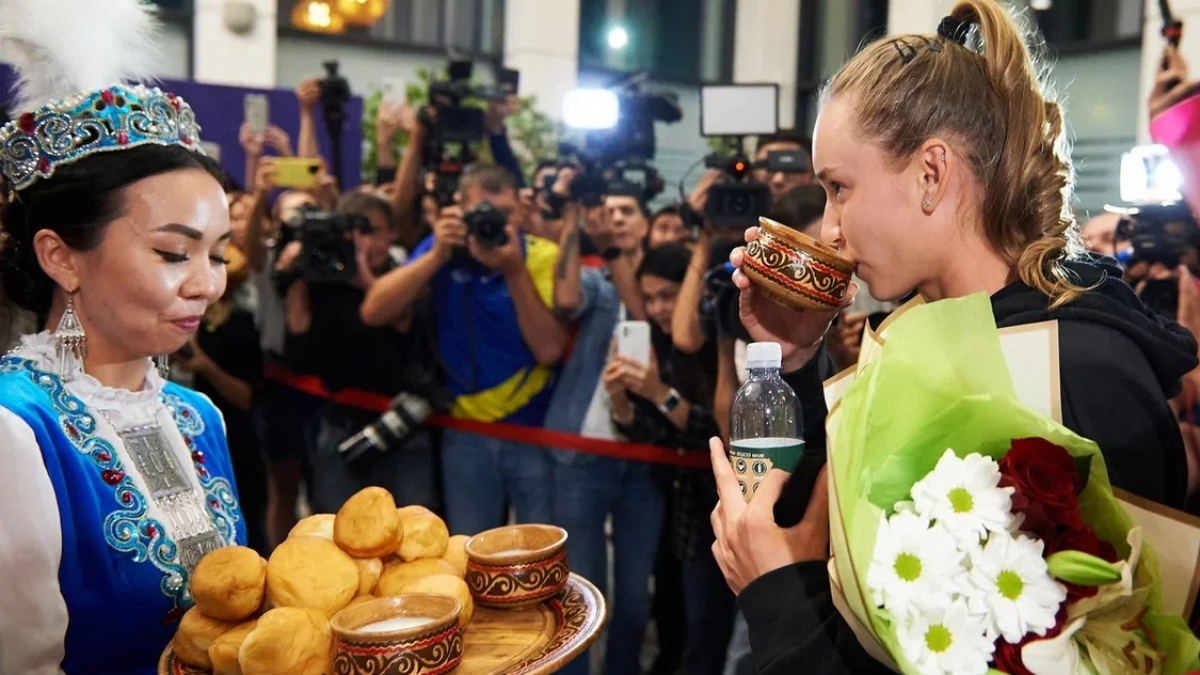 One of them was Deputy Prime Minister Yeraly Tugzhanov who personally conveyed the congratulations from President Kassym-Jomart Tokayev. The President signed a decree yesterday to award Rybakina the Order of Dostyk (Friendship) for outstanding achievements in sport and contribution to the development of international cooperation.

“I want to say a big thank you to everyone who came, cheered, and supported me. Tomorrow there will be a press conference. I will be happy to answer all the questions. Thank you very much for coming,” said Kazakhstan’s top seed Rybakina, who earlier rejected the prize money offered by Kazakhstan’s Tennis Federation. She preferred the money would go to charity and support for juniors in Kazakhstan.

Following her 3-6, 6-2, 6-2 win over world No. 2 Ons Jabeur of Tunisia on Saturday, Rybakina said it was unbelievable as the Duchess of Cambridge handed her the Venus Rosewater Dish.

“Maybe one day, in a few days, I will sit down and I realize what I did,” said Rybakina in a post-match press conference. “But for now I’m super proud of myself.”

The example of Rybakina, the youngest Wimbledon champion since 2011, is set to inspire children in Kazakhstan to follow her steps and boost the development of tennis in the country that has had little success. 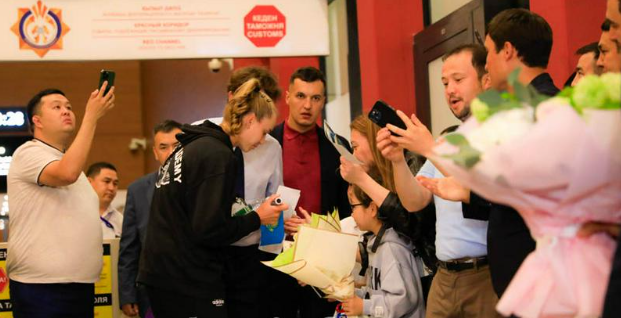 Rybakina’s fans came to the airport to congratule her with tremendous victory. Photo credit: Kazinform agency

According to the head of the press service of Kazakhstan’s Tennis Federation Pavel Tsybulin, the entire journey up to the final win was difficult.

“We are very proud to have extended a hand to Elena in her time. Elena has repeatedly stressed that she lives and performs as an athlete for Kazakhstan. (…) Largely thanks to Elena our team made it to the World Championships in Glasgow, which will be held in November this year,” said Tsybulin.

Rybakina is expected to meet with journalists later in the day.

A video fragment from the airport published by Zakon.kz agency.