Gender Balance is Vital for Businesses and Society, Say Experts During EdTech Forum

By Zhanna Shayakhmetova in Society on 8 July 2022

NUR-SULTAN – What are the business advantages of female leadership? What is the situation with the gender balance representation in Kazakhstan and around the world? 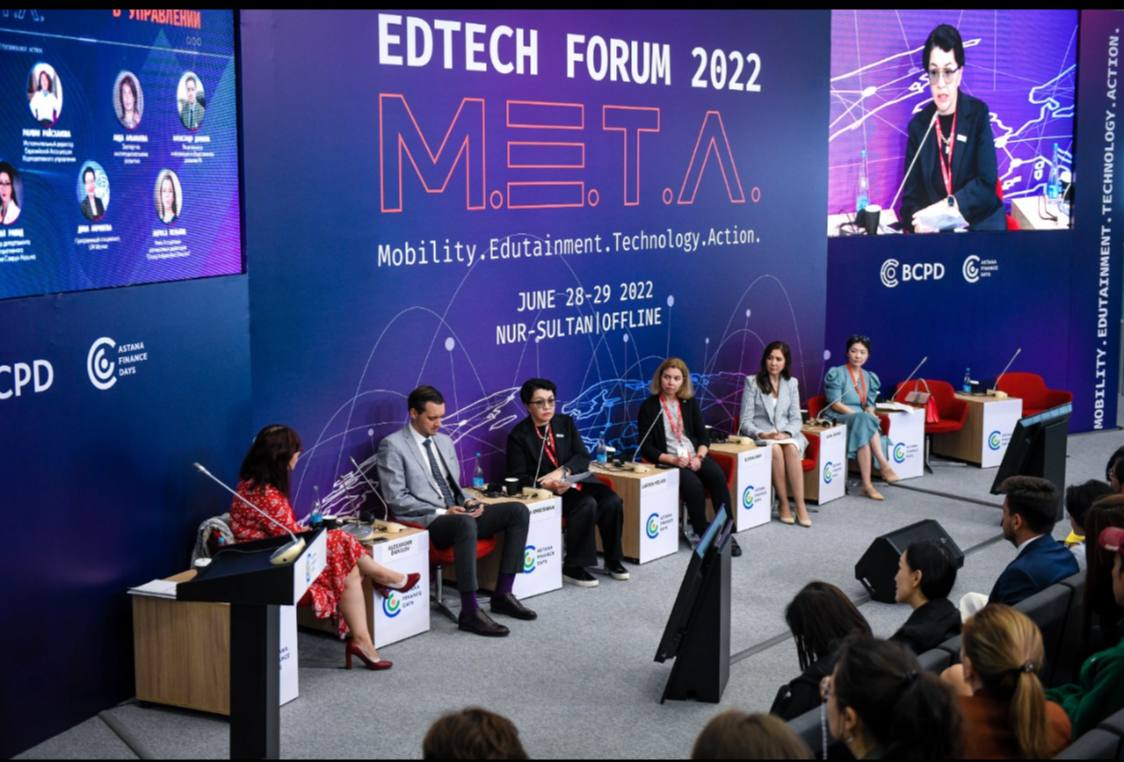 The New Kazakhstan: Female Leadership and Management session was held as part of the EdTech Forum M.E.T.A. in Nur-Sultan on June 27. Photo credit: AstanaFinanceDays.org.

These topics were in the spotlight of the New Kazakhstan: Female Leadership and Management session held as part of the recent EdTech Forum M.E.T.A. in Nur-Sultan.

The Kazakh government has been working on measures to increase the representation of women. The draft of the new norm assumes the participation of 30 percent of women in the quasi-public sector. 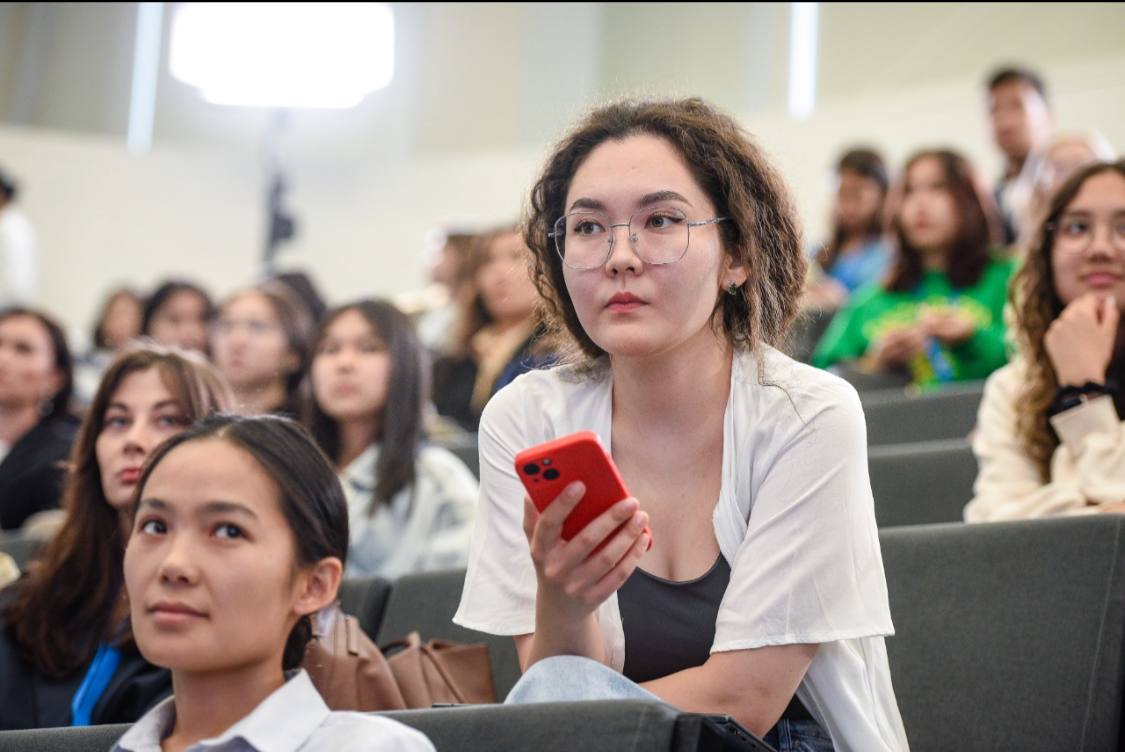 The participants of the forum.

Women in Kazakhstan face a glass ceiling, an invisible barrier that prevents them from being promoted to executive-level positions, said Vice Minister of Information and Social Development Alexandr Danilov. This requires discussions on the platform of the National Commission on Women’s Rights as part of the project with the UN Women’s office in Kazakhstan.

“We will discuss how we can work better, how to build advocacy campaigns, and how to make the rules of the game… Gender equality is not only related to women. We need to involve men who make important decisions as well,” said Danilov.

Expert Aida Alzhanova believes the quasi-public sector loses many advantages due to the stereotypes in society. Different opinions and discussions in the company lead to unique solutions. Thanks to innovations, the profitability of the company grows and its team grows as well. The company becomes profitable and begins to attract investments for growth. 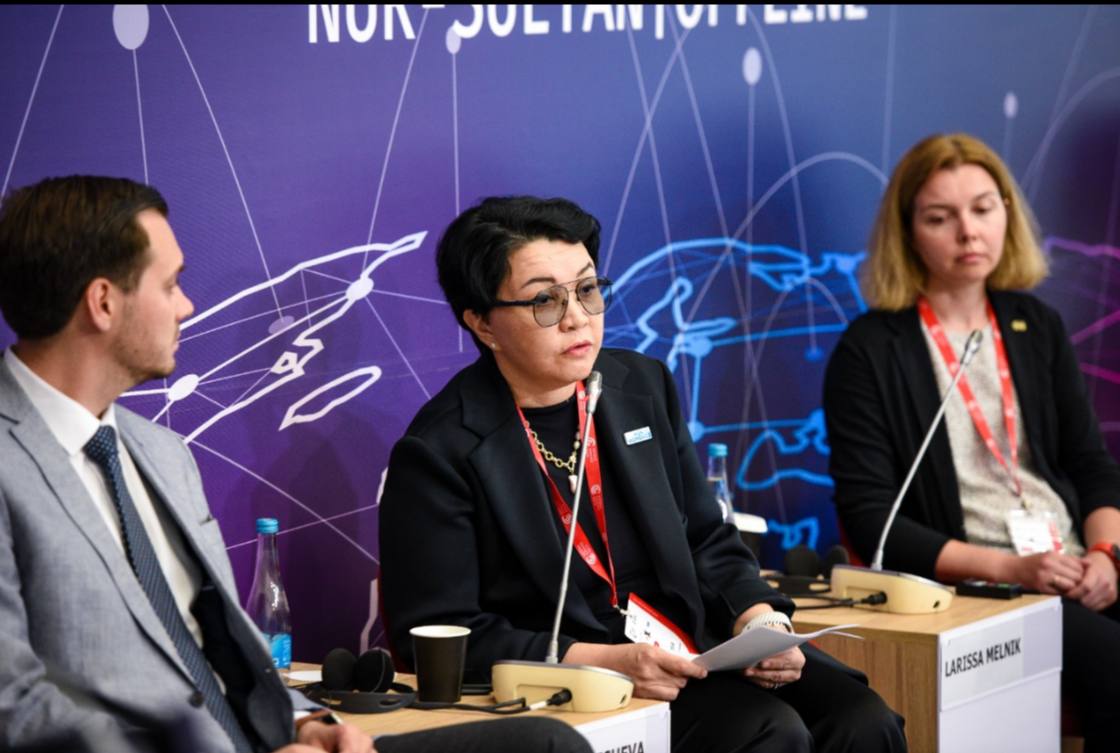 The participants of the forum.

As of May 1, 2021, only 23 of the 193 UN member states have women serving as heads of state and/or government and 118 states have never had women leaders.

The introduction of a quota for women, youth, and persons with disabilities does not guarantee the receipt of deputy mandates, said Amrisheva. It is necessary to develop laws introducing a quota directly for seats in parliament. This will be a mechanism that will involve women in decision-making.

The UN Women is ready to support gender equality by providing international expertise.

The first national plan of UN Security Council Resolution 1325 is one of the most important initiatives of the UN in 2021. The initiative was supported by the Ministry of Information and Social Development. Its key aspect ensures women’s right to participate in solving conflicts and crisis issues.

CEO of the AIFC’s Bureau for Continuing Professional Development (BCPD), TechWoman Elmira Obry said the company demonstrates positive indicators in operating profit with 30 percent women in management, according to the International Labor Organization.

“The representation of women in management contributes to creativity, innovation, and focus on customer’s needs. This is what service companies strive for. In conditions of gender diversity, it is easier to find and retain capable personnel. Business sustainability in terms of education, and success planning in companies directly depends on the gender factor,” Obry said.

The Fourth International Forum of Educational Technologies was held on June 27-29. The key theme of the forum was M.E.T.A. (Mobility. Edutainment. Technology. Action.).