By Dana Omirgazy in International on 15 July 2022 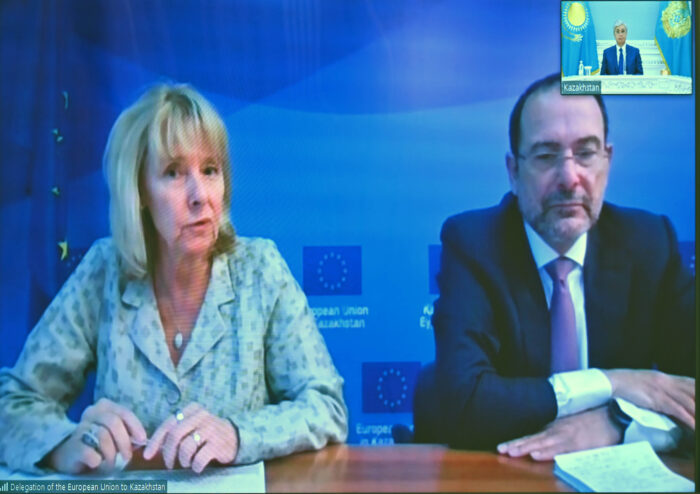 The Kazakh President confirmed his keen interest in developing cooperation with the EU and his readiness to boost bilateral strategic ties.

Ambassador Hakala congratulated the President on the results of the referendum. She emphasized the EU’s commitment to long-term cooperation and interaction with Kazakhstan, Brussels’ leading partner in the Central Asian region.

Hakala also stated that the EU supports the reform program of President Tokayev and commended the multi-vector and balanced foreign policy of Kazakhstan.

As part of her visit to Kazakhstan, Hakala met with Kazakhstan’s Deputy Foreign Minister Roman Vassilenko on July 13 and Chair of the Kazakh Anti-Corruption Agency Olzhas Bektenov. The sides discussed Kazakhstan’s preparations for joining the Council of Europe Criminal Law Convention on Corruption. Ambassador Hakala said that the EU is ready to support requests for the return of assets withdrawn from Kazakhstan to Europe.