NUR-SULTAN – The Kazakh Ministry of Foreign Affairs unveiled the collection of more than 100 images featuring major political events throughout the years of independence at the exhibition dedicated to the 30th anniversary of the diplomatic service of Kazakhstan on June 30 in Nur-Sultan. 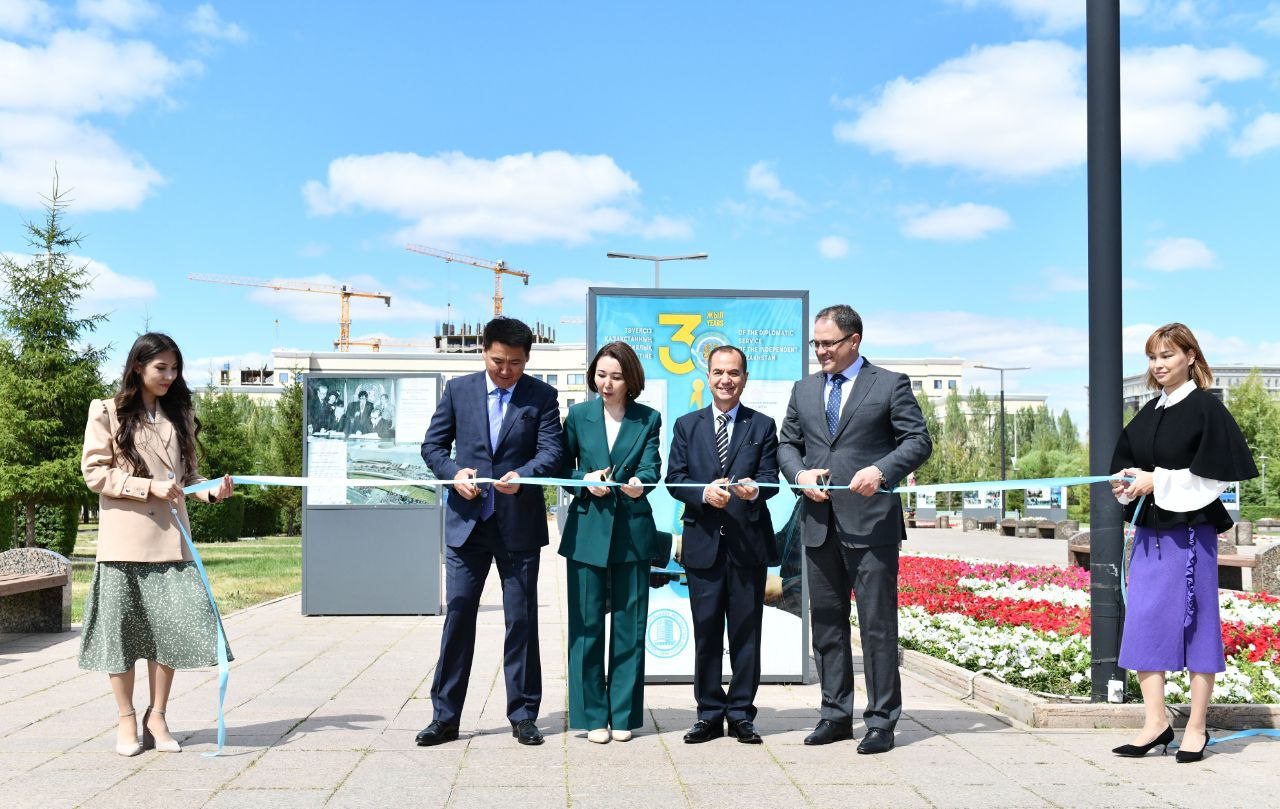 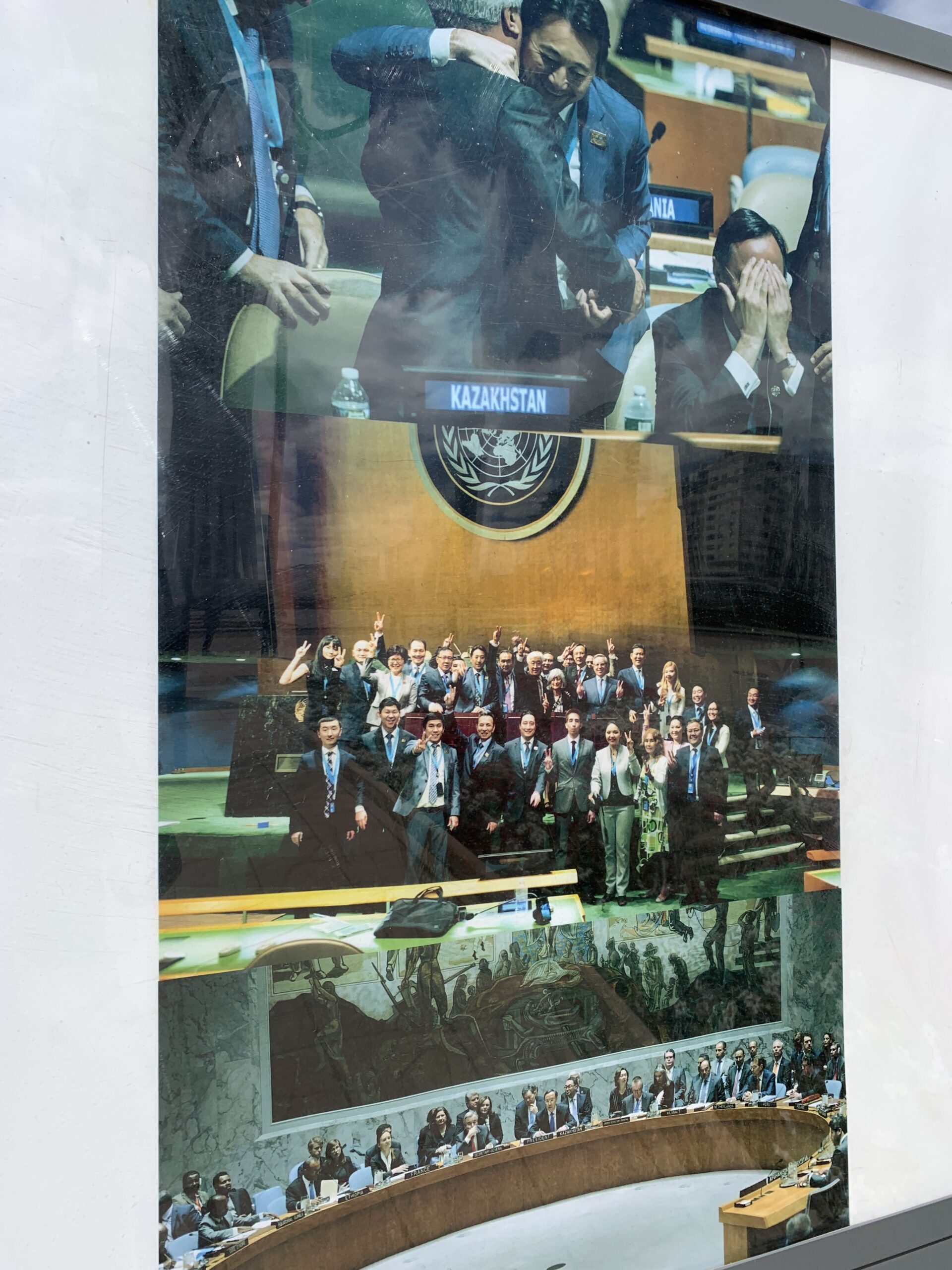 An emotional moment, when Kazakhstan became a non-permanent member of the UN Security Council in 2016.

From high-level international summits to capturing an emotional moment, when Kazakhstan became a non-permanent member of the UN Security Council in 2016, photographs present a snapshot of what is at stake for Kazakh diplomats in the international arena.

Roman Vassilenko, Deputy Foreign Minister of Kazakhstan, said the aim of the exhibition was “to reflect on the long way our country has come in the system of international relations for 30 years and the weighty contribution our colleagues – employees of the Kazakh Ministry of Foreign Affairs have made and continue to make in the formation and strengthening of our independent state.” 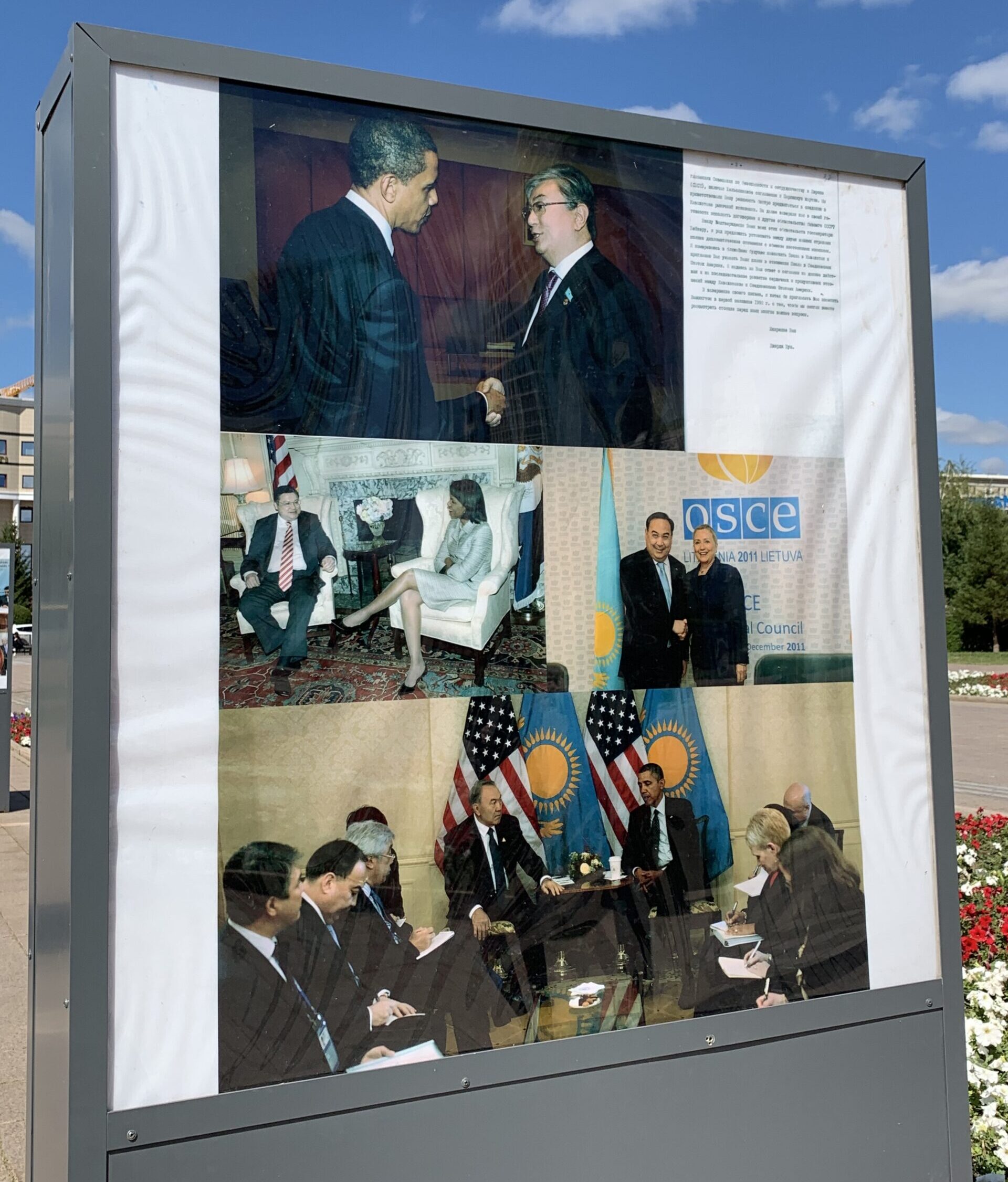 Barack Obama’s first meeting with a Kazakh official Kassym-Jomart Tokayev, who was then the Senate speaker (top photo). Nursultan Nazarbayev met with Barack Obama on the margins of the 2016 Nuclear Security Summit (bottom photo).

He said that many photographs have been taken by the Kazakh diplomats “who have been lucky to be witnesses of many major and important events for our country.”

One of them is Iliyas Omarov, head of the public diplomacy department at the Foreign Ministry of Kazakhstan, who shared the stories behind the photographs with journalists. “We wanted to show how foreign policy serves the interests of our country and our citizens, and to demonstrate that we are open to the people of our country,” he said. 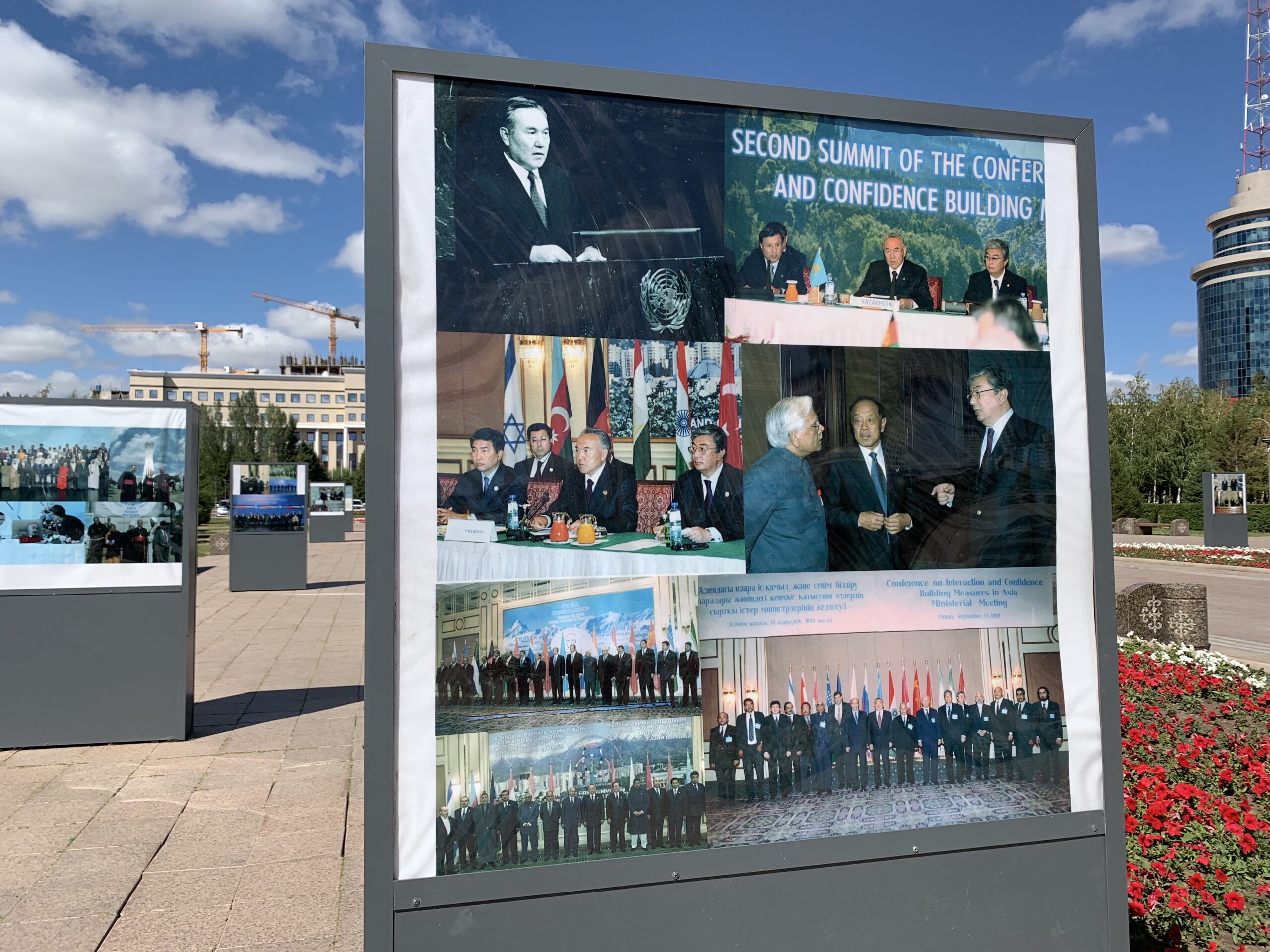 First President Nursultan Nazarbayev proposed CICA initiative in 1992 from the podium of the UN (top photo, left). The First and Second Summits were held in Kazakhstan, Almaty in 2002 and 2006. 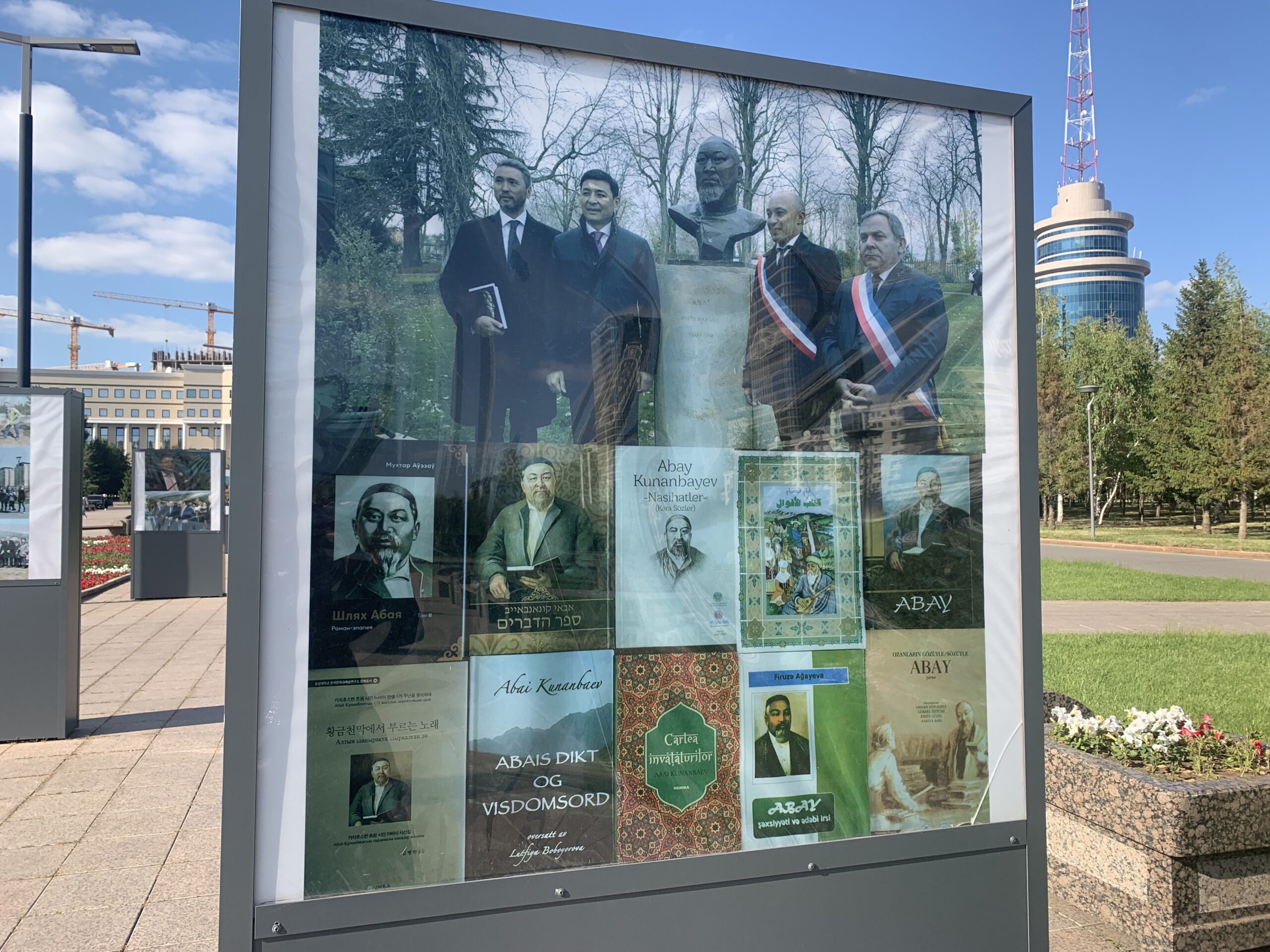 Books of Kazakh poet Abai were published in different languages of the world. The photo shows a bust of Abai in Paris, with the Kazakh ambassador and French diplomats attending the opening.