By Saniya Bulatkulova in Culture on 4 June 2022 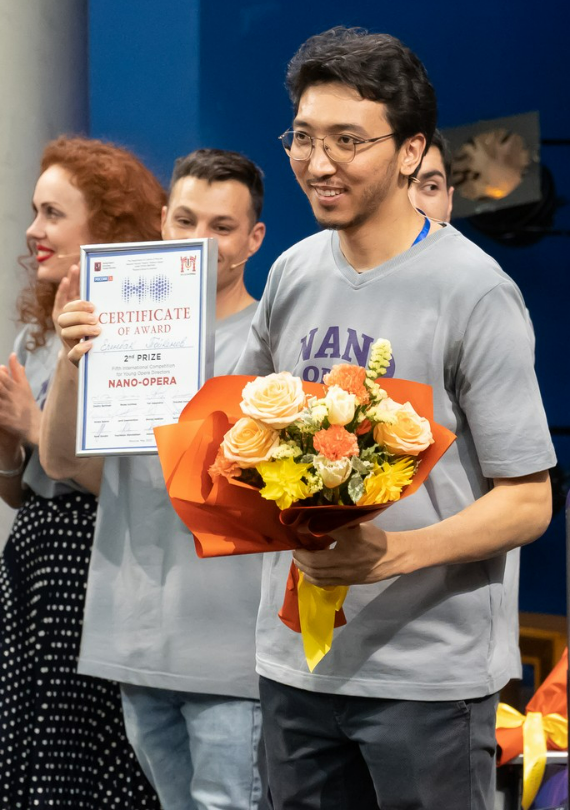 The media jury of the contest, represented by the CEOs of popular national and Moscow media and radio stations, awarded Toikenov with the prize for a creative approach to the art of opera directing, as well as the Audience Award.

“He demonstrated a high level of professional training, mastery, and unlimited creative talent, as well as the competitiveness of Kazakhstan in the field of opera direction,” reads the release.

Ten participants of the contest who were chosen out of more than 200 people worked with the Helikon Opera actors during the staging of the aria, duet, and the mass scene.

Toikenov presented Cavatina Figaro aria from Gioachino Rossini’s “The Barber of Seville” in the first round, then a duo of Don José and Escamillo from Georges Bizet’s “Carmen,” and a choir and sextet from Bizet’s repertoire. 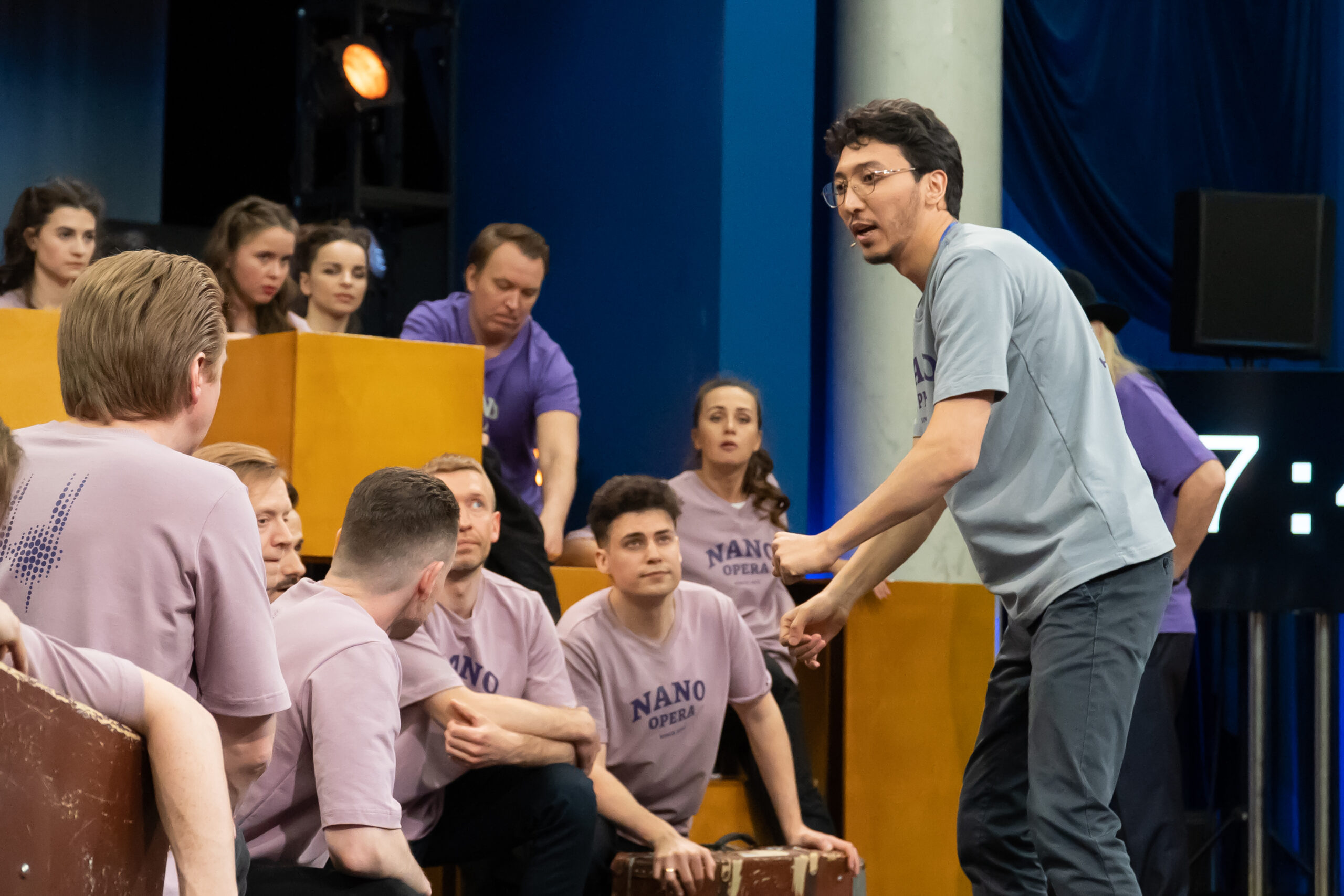 Contest participants were given only 10 minutes for completing their tasks. Photo credit: competition’s website

On May 28, contest participants presented their best works at the final gala concert held in Helikon Opera’s Stravinsky hall.

Toikenov is expected to participate in the fourth international festival titled the Saint-Petersburg Digital Opera. Digital Era’s Opera festival is scheduled in the near future. He was personally invited by the festival’s director and producer Nadezhda Abramova.

The Nano-Opera competition, which was established in 2013, gathers famous theatrical figures and talented youth once every two years. According to the contest’s organizers, it is the world’s first competition for young opera directors.