The Russian word «Mir» is most often used by society in two ways.

Used in the first way, it means world and relates to our environment, everything that lives and revolves around us, the universe – in the material sense of the word. In the second use it means peace and implies friendship, harmony, cooperation between people, something sacred, and spiritual, which guarantees stability and development in a civilizational aspect. In the first sense, the surrounding world has the ability to restore itself, to be reborn, to nourish itself, and the ability to live independently.
However, it is impossible to say the same about peace in an interpersonal relationship. Peace among people needs constant care, the constant building trust and harmony. 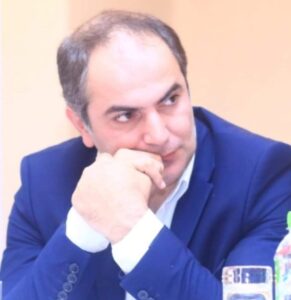 We can observe that modernity is undermining the foundation of trusting interpersonal relationships. Material values are being sacralized. Spirituality is becoming a formal thing. Consent is becoming an element of politics. There is a good chance that this materialization of spiritual values is what is leading to the degradation of interreligious relations.

It is no secret that all world religions call for living in peace and harmony. By its primordial nature, religion is an element of nourishing peace and harmony among people. Surely, this considers the fact of who currently represents religion among other religions, and how developed interreligious diplomacy is among all religious representatives.

One of the most significant events for our country is the Congress of Leaders of World and Traditional Religions, which was initiated by the First President of Kazakhstan and takes place almost every three years in the capital. The VII Congress will convene in Nur-Sultan this September.
One of the primary priorities of the congress is to promote peace, harmony, and tolerance; achieve mutual respect and tolerance; to prevent religious feelings from escalating conflicts and violence. The congress’ priorities precisely aim to ensure peace and harmony not only in a single region, but all over the world.

The congress is an example of the consolidation not only of religions, but also of all theologies and religious cultures that are present among religious representatives. Despite the contradictory worldview and religious worldview, they all gather under one shanyrak (a main backbone part of a yurt) to show their reverence and respect for each other while understanding that life in peace and harmony is much better for all people than wars, chaos, and devastation.

People are different, and we are created this way. We are not the same, but our differences should complement each other and work towards the greater good between people, and avoid confrontation and conflicts, which are the goals of such global-level events.

The author is Rasim Chelidze, an Islamic scholar and theologian.