NUR-SULTAN – Kazakhstan is firmly committed to further strengthening cooperation with the United Nations and its agenda to address global issues, said President Kassym-Jomart Tokayev at the June 9 meeting with UN Deputy Secretary-General Amina J. Mohammed in the Kazakh capital as part of her regional trip to Central Asia. 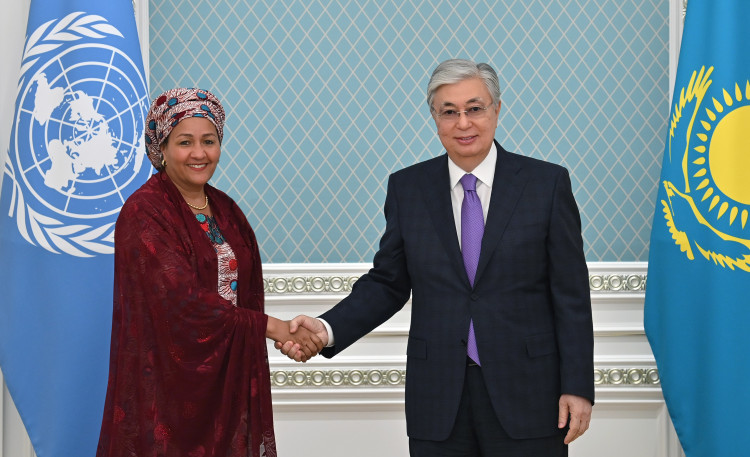 Tokayev welcomed Secretary-General of the UN António Guterres’s initiative to convene a 2023 Summit of the Future to develop a new agenda for peace and global security. He noted the need to take urgent actions to achieve the Sustainable Development Goals (SDGs) amidst new challenges.

The President also commended the UN Deputy Secretary-General’s efforts in the implementation of the regional SpotLight Initiative for Central Asia and Afghanistan program to eliminate gender-based violence. 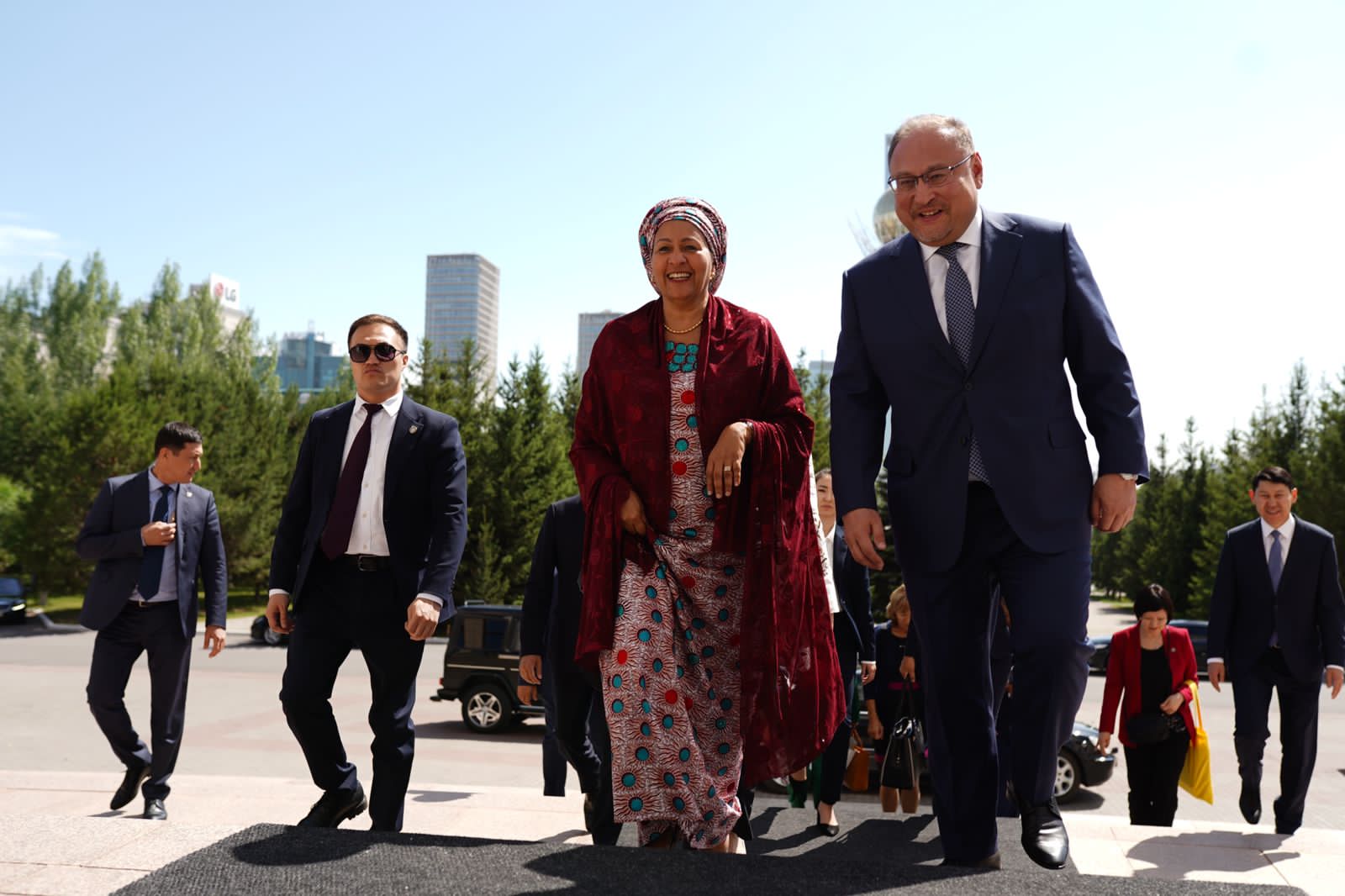 Kazakhstan’s initiatives to ensure food security and provide humanitarian assistance were also among the topics touched upon at the meeting.

The UN Deputy Secretary-General commended Kazakhstan’s support for multilateralism and sustainable development through the three decades. “The President reaffirmed his commitment, his voice to the SDGs, but also to multilateralism, which is much needed in this time where we see many crises in the world. And we are better positioned as a collective of countries, of nations, of leaders, finding the solutions together, and not divided,” said Mohammed.

She also noted the ongoing political reforms in Kazakhstan in connection to the recent referendum, and encouraged its effective implementation in line with full engagement of civil society and a focus on young people.

The UN will continue to cooperate with Kazakhstan to achieve the SDGs by 2030 and provide the most relevant policy advice, options and technical assistance to the Kazakh government. “We continue to be at your service and to really work towards the priorities and the vision of Kazakhstan,” said Mohammed.

First Deputy Foreign Minister Rakhmetullin noted that it is remarkable that the UN Deputy Secretary-General’s first visit to Kazakhstan is taking place in the anniversary year of Kazakhstan’s accession to the UN and during the historical and democratic transformation of the country’s constitution, a measure aimed at building a New Kazakhstan.

Kazakhstan has supported the UN agencies in addressing global issues and taking part in the implementation of the goals and objectives of the UN, which are also a priority of the country’s constructive and balanced foreign policy.

“The implementation of the SDGs is the most important task of our country. They are fully consistent with the President’s efforts to build an economically stable and socially just and democratic state,” he said.