By Zhanna Shayakhmetova in Nation on 21 June 2022

NUR-SULTAN – The Prosecutor General’s Office identified the criminal groups who organized the attack on the Almaty airport as part of the investigation into the events of January, reported the press service of the Central Communications Center. 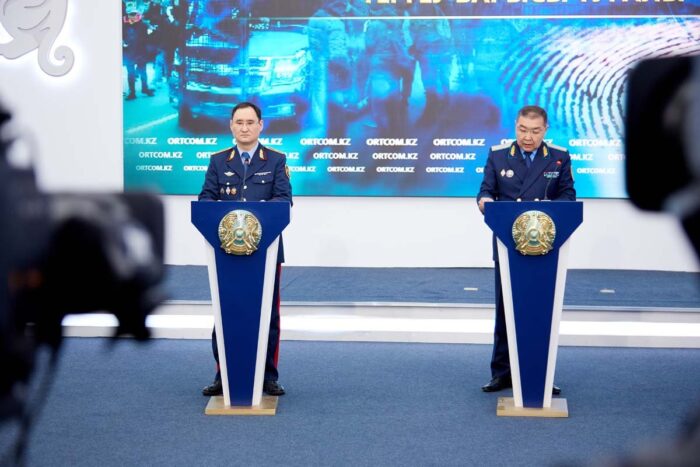 Head of the Investigative Department of the Ministry of Internal Affairs Sanjar Adilov and Head of the Criminal Prosecution Service Serik Shalabayev.

Pogroms, arson, and property damage to state facilities and acts of terrorism were committed in Almaty, Shymkent, Aktobe, Atyrau, the Almaty, Zhambyl, Kyzylorda, and the East Kazakhstan regions in early January. As a result, more than 5,000 pre-trial investigations have been filed.

Serik Shalabayev, the Head of the Criminal Prosecution Service, said that 27 organizers including those who organized the attack on the Almaty airport and the attempt to seize the Koktobe TV tower were identified in the regions during the June 20 briefing.

“It is evident that criminals took part in these crimes. Arman Zhumageldiev, known as Dikyi (Wild) Arman, and his groups played a special role in this attack. On Jan. 6, one of the participants of his group distributed the Glock and Makarov weapons to criminals who arrived at the Kazakhstan Hotel in Almaty. The criminals also got instructions from the organizers. They divided the accomplices into groups of 10 people to play their roles in the planned crimes. The organizers handed over bulletproof vests, protective equipment for the head, firearms, and 200,000 tenge (US$447). Other attackers used bladed weapons and other items used to inflict physical damage. All criminals had to wear white armbands as a distinguishing sign. These groups of armed criminals abducted 24 citizens from different parts of the city, beat them, and kept them in the parking lots of the Ritz Carlton and Kazakhstan hotels. Then, the victims were taken to the outskirts and placed in a metal container under the armed guard of the criminals. One of the victims died as a result of the injuries. Forty suspects were arrested for committing these crimes,” said Shalabayev. 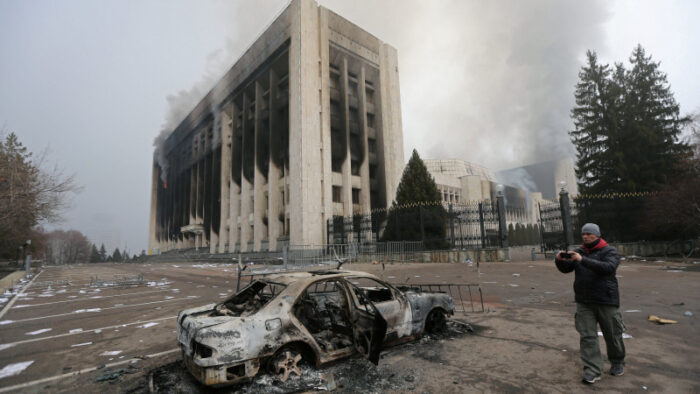 Overall, 514 suspects are now held in custody. Information about their involvement and active participation in crimes is registered for each suspect. All suspects have proper conditions of detention, including the right to protection, sanitary standards, food, medicines, and other things.

To date, 392 criminal cases have been filed in the court. According to the results of the investigation, 433 persons were sentenced to various types of punishment.

“Prosecutors advise courts to impose penalties that are not related to deprivation of liberty to fulfill the instructions of the President to mitigate punishment in the absence of aggravating factors. Thirty-four persons were sentenced to punishments not related to deprivation of liberty in connection to participation in mass riots. Forty-six people who did not provide damage compensation and had criminal records have been sentenced to imprisonment. These cases are related to theft and possession of firearms,” said Shalabayev. 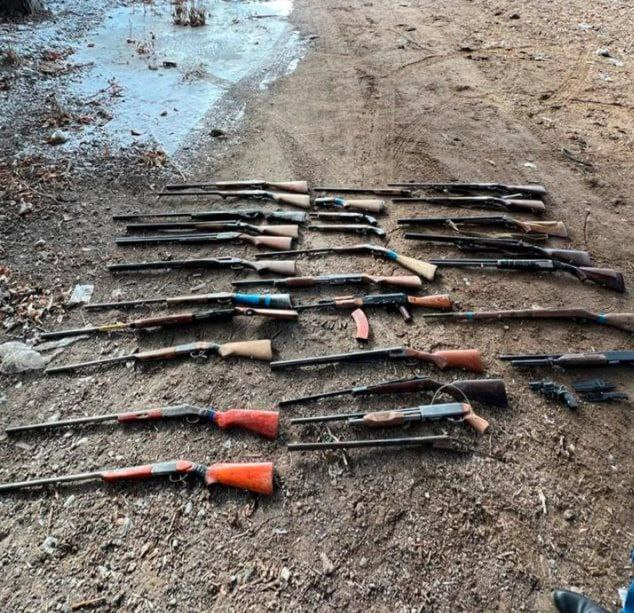 The Prosecutor General’s Office also pays close attention to the use of unlawful methods of investigation. Special prosecutors are currently investigating eight high-profile cases in connection to torture. Fifteen law enforcement officers have been detained and nine of them are held in custody.

“Twenty-five persons victims were tortured with hot steam iron in the Almaty region. All victims described a similar method of torture. Special prosecutors found out that five police officers have been involved in these cases. Three of them pleaded guilty. A case against two officers of the National Security Committee of the Almaty region has been closed. They are suspected of brutal beatings which caused the death of the detainee,” said Shalabayev.

In all cases, prosecutors investigate allegations of torture in accordance with international standards for the protection of human rights. This includes a mandatory psychological and psychiatric examination and the study of the psycho-emotional state of the victims.

Special prosecutors also deal with cases against heads of law enforcement agencies. On Jan. 5, the heads of the police departments of the Almaty and Zhambyl regions, and the departments of the National Security Committee in Almaty, Kyzylorda, and Almaty regions, left their buildings with service weapons during the mass protests. All of them are considered suspects. Nine criminal cases have been filed.

Prosecutors check pre-trial detention centers and other premises to exclude pressure on suspects daily, said Shalabayev as the Prosecutor General’s Office continues to reveal details about the progress of the investigation.

Criminals at large still have more than 2,000 firearms. Caches with weapons and special equipment have already been found in the Almaty, the Almaty, and Zhambyl regions.