President Tokayev Focuses on Reform Agenda in Kazakhstan, Investigation into January Events and Effects of Sanctions in TV Interview

By Staff Report in International on 16 June 2022

NUR-SULTAN – Kazakhstan is in the midst of a major political transformation, having held a referendum on reform of the Constitution, President Kassym-Jomart Tokayev said during the June 15 interview to Russia 24 TV channel given ahead of his visit to Russia’s St. Petersburg International Economic Forum (SPIEF). 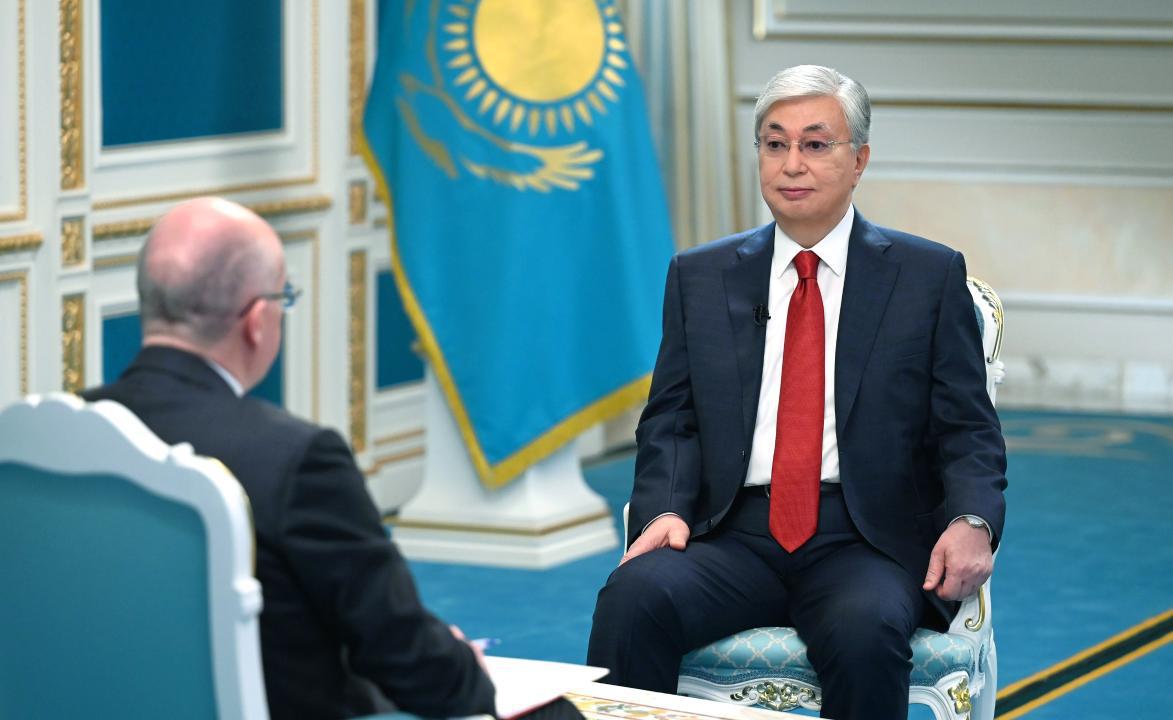 Tokayev noted the country has begun a transition from a super-presidential system to one with a strong President, influential Parliament, and accountable government.

In addition to political reforms, Tokayev also mentioned the recovery of the stolen assets as the country has established an interdepartmental commission to deal with this issue. “Colossal assets were siphoned abroad and should be returned to the people of Kazakhstan. I understand this cannot be done within a day or two. It may take years, but this work must be done,” he said.

“Everything that has been done legally – if for example, large and medium-sized companies are working in full compliance with our laws – of course, no expropriation whatsoever should be allowed to happen,” he added.

The tragic events in January, President Tokayev described as “an attempted coup d’état, an attack on the state institutions of Kazakhstan, as well as an attempt to remove the head of state from his position.

“During these tragic events, about 3,000 firearms were stolen and an interagency investigation team is now working hard to uncover all the details,” he said.

As the head of state, Tokayev had no plans to leave the country, although some people had personally advised him “to get on a helicopter or a plane and leave Kazakhstan.” “I believed I should stay till the end with my people,” he said.

Currently, only 26 people have received sentences with imprisonment. Other cases are under investigation. The accusations of unlawful methods of investigation are carefully and fairly scrutinized.

Tokayev emphasized Kazakhstan has no plans to leave the Eurasian Economic Union and Collective Security Treaty Organization despite speculations by some political commentators.

Tokayev mentioned the CSTO deployment of a 2,000 contingent in early January. “We agreed at the outset that the CSTO force would not engage in combat actions. Not a single shot was fired by the limited CSTO contingent, and they were in Kazakhstan for no more than ten days. It was a demonstration of our regional unity in that very difficult situation,” he said.

At the same time, Kazakhstan does not intend to violate Western sanctions against Russia. “We have been clearly notified that in case of violation of sanctions, so-called ‘secondary sanctions’ by the West against our own economy would follow. That leaves us in a very delicate situation of passing ‘between Scylla and Charybdis,’” said the President.