By Assem Assaniyaz in Business on 3 June 2022

NUR-SULTAN – The Organization of the Petroleum Exporting Countries (OPEC) member states announced plans to adjust oil production upward in July by 0.648 million barrels per day at the 29th OPEC and non-OPEC Ministerial Meeting on June 2, reports the organization’s press service. 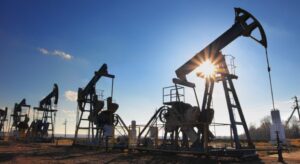 Kazakhstan’s obligations for July are 1.680 million barrels per day under the OPEC+ agreement. Photo credit: inbusiness.kz

Kazakh Vice Minister of Energy Asset Magauov participated in the meeting via video conference, as well as in the 41st  meeting of the Joint Ministerial Monitoring Committee (JMMC).

The meeting sought to advance the planned overall production adjustment for September and redistribute equally the 0.432 million barrels per day production increase for July and August.

According to the Kazakh Ministry of Energy, Kazakhstan’s obligations for July are 1.680 million barrels per day.

The member states also decided to extend the compensation period until the end of December 2022, to satisfy a request by underperforming countries. They will have to submit their plans by June 17, 2022.