New Kazakhstan Will Depend on Collaboration Between Government and Civil Society, Says Human Rights Commissioner

NUR-SULTAN – Regardless of its outcome, the national referendum will not bring change in one day. The country’s fate and future will depend on the collaborative effort between the government and citizens, Human Rights Commissioner Elvira Azimova said at a June 5 press briefing. 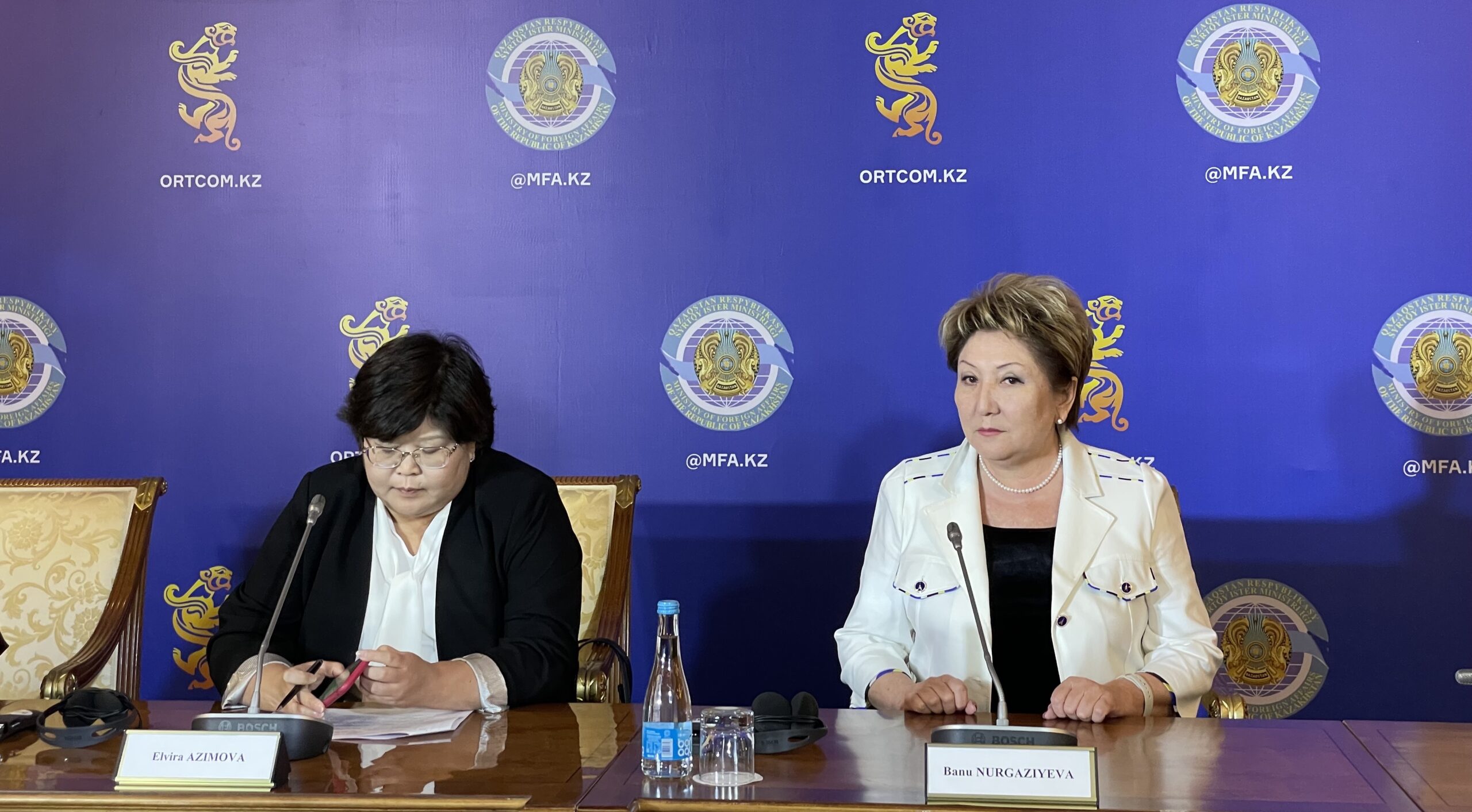 A lot will depend on the civic responsibility of citizens. “One of the key goals [of the proposed amendments] is to improve the human rights mechanisms. (…) The human rights commissioner is to be more independent and not depend on any institution or officials, with no pressure from others,” said Azimova, who has served as the country’s Human Rights Ombudsperson since September 2019.

The referendum, if successful, is just the beginning of a long process to incorporate the amendments into the legislation.

“If the amendments are adopted, there is a huge amount of work ahead to implement the development of laws. If we talk about people’s trust in the government, it is also an issue of our responsibility. If we want to vote, it is our responsibility to make sure we exercise our right,” Azimova told The Astana Times.

The responsibility for building a New Kazakhstan is also a two-way street, Azimova noted.

“Active citizens who want to be heard are a matter of their responsibility. Each citizen should clearly be able to access accurate information both from the state and civil society,” she said.

“It is very convenient to observe. This referendum allows Kazakhstan to give a signal both itself and to other groups that we will not be passive and that civil activists should form an electorate of another quality, professionally taking part in promoting the interests and initiatives. Not just criticizing, but teaching a pool of candidates for elected positions,” said Azimova.

Banu Nurgaziyeva, President of the Civil Alliance of Kazakhstan, a coalition bringing together more than 3,000 of the country’s NGOs, said civic maturity is building up, particularly among young people.

“The question of whether the society is mature or not is obsolete. The nation is us, the people, who have long been waiting for the changes. I believe that the amendments if passed,  would strengthen local governance and as a public organization we will do our best towards that,” Nurgaziyeva told The Astana Times. “Everyone wants change, positive change. And I hope they will happen.”.

In the afternoon, the Central Referendum Commission declared the referendum valid after over 50 percent of the country’s population cast their vote.

As of 8 p.m. local time, the voter turnout reached 67.65 percent. The exit poll results are expected to be announced at midnight.