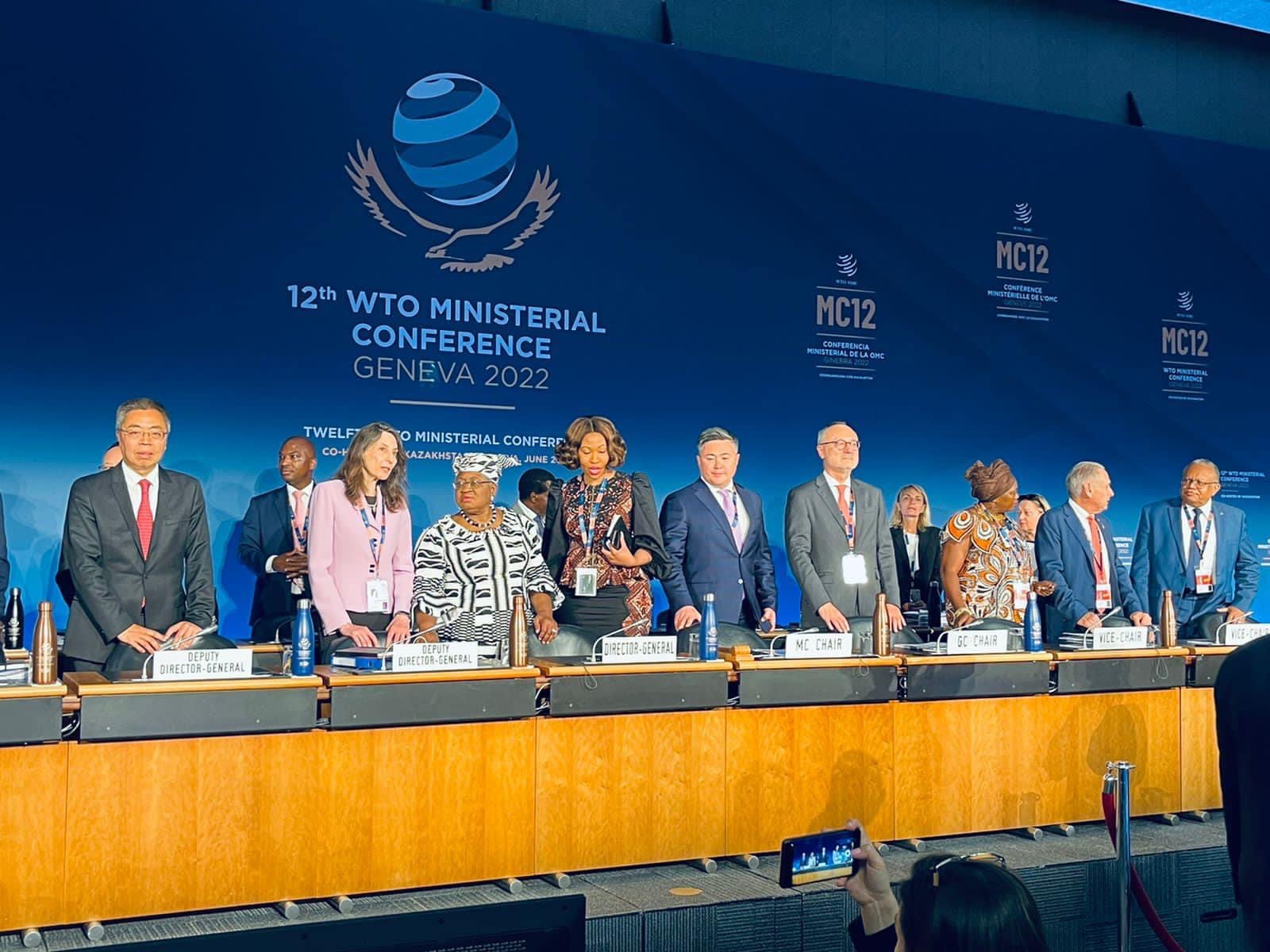 The delegates at the conference. Photo credit: Sultanov’s Facebook

Kazakhstan, which has been a WTO member since November 2015, co-hosted the conference and Timur Suleimenov, deputy chief of the presidential staff, chaired it. The country was supposed to host the conference in June of 2020 but it was postponed due to the COVID-19 pandemic.

This time, ministers from across the world reviewed the functioning of the multilateral trading system and discussed the future work of the WTO.

“As one of the largest economies in the region, Kazakhstan is playing an important role in developing trade and investment cooperation between Europe and Asia. Kazakhstan remains a reliable partner in ensuring continuous supply chains of goods, raw materials, and agricultural products to global markets. We support trade and integration on the one hand and peace and security on the other. Since our independence in 1991, these are two areas, among others, where the government of Kazakhstan has made significant contributions, including here in Geneva,” said Sultanov addressing the gathering.

Sultanov emphasized the importance of rebuilding trust, solidarity, and cooperation in the WTO, as countries face “unprecedented challenges.”

He called on ministers to step up efforts to implement the Trade Facilitation Agreement that entered into force in February 2017 with the goal to simplify, modernize and harmonize export and import processes. According to WTO estimates, full implementation of the TFA could reduce trade costs by an average of 14.3 percent and boost global trade by up to US$1 trillion per year, with the biggest gains for the poorest countries.

“As the largest landlocked country, Kazakhstan joined the WTO initiative on supporting the timely and efficient release of global goods through accelerated implementation of the WTO Trade Facilitation Agreement. As part of its commitment to the TFA, Kazakhstan has fully digitized customs procedures by establishing a single window for export-import and transit procedures, which had significantly reduced costs, documentation, and time required for business transactions,” said the minister.

He also stressed the need for effective international cooperation to expand vaccine, medicine, and technology production capacity, particularly, in developing countries, addressing rising food insecurity that has seen supply shortages and price challenges, and fostering digital connectivity as well as the availability of digital tools.

“Digitalization has pushed economies over the technology tipping point and transformed businesses. Implementation of the Digital Kazakhstan national strategy has played a crucial role in minimizing the negative impacts of the pandemic and ensuring economic recovery. In this regard, we also believe that the WTO can deliver a foundational multilateral decision on the e-commerce work program and moratorium that will play an important role in the full utilization of the benefits of cross-border trade,” said Sultanov.

He expressed Kazakhstan’s support for ongoing discussions to advance trade and environment, micro, small and medium enterprises, and women’s economic empowerment, saying it will serve as an “engine for inclusive sustainable development and economic growth.”

The conference featured thematic sessions and meetings between heads of delegations. Initially scheduled to end on June 15, the conference was extended one day to provide a chance for the delegates to go the extra mile to produce meaningful outcomes.

Commenting on the progress in negotiations, Sultanov noted two major trends in the work of the ministers.

“On the one hand, the complicated situation in food security around the world due to a sharp change in access to producers’ products and the cost of logistics encourages countries to find new ways to solve problems and begin to negotiate on long-standing issues of world trade. On the other hand, these same problems led a number of countries to want more access to the instruments of international trade rules and protection of their own economies and populations. So there is a lot of work to be done in the search for consensus,” Sultanov wrote in his June 15 Facebook post.