NUR-SULTAN – As the vote on the national referendum kicked off today, Kazakhstan’s President Kassym-Jomart Tokayev was among the first to cast vote in the capital’s Schoolchildren Palace. 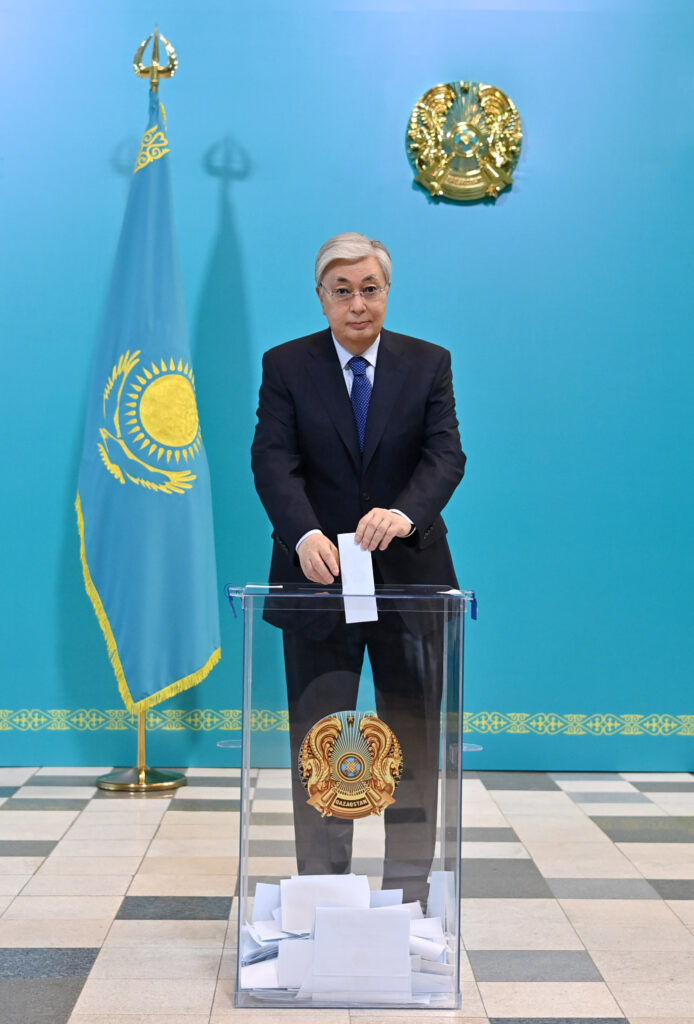 “Today is an important historical day for our country, indeed. People are making a fateful decision. There is no compulsion,” said Tokayev.

He said the constitutional amendments that the nation is voting on today envision significant changes for Kazakhstan, which saw its last referendum in 1995 when it adopted the current Constitution.

“In essence, the paradigm of relations between the state and the society is changing, human rights are coming to the forefront. This is extremely important. In the Constitution, the status of the Human Rights Ombudsperson acquires a new status and a new meaning. The Ombudsperson will be able to appeal to the Constitutional Court, and this body is also new for us,” said Tokayev after voting, as quoted by Kazinform news agency.

“The guiding principle is honest service to our people, strict adherence to our Constitution. We have a goal and we have a lot of work to do. All of us must work for the good of the country. There are many threats to the security of our country. So we must be vigilant in this direction,” said Tokayev.

The vote will last until 8 p.m. today. According to the preliminary data provided by the Central Election Commission, the voter turnout across the country made 43.7 percent as of 12 p.m. The highest turnout is observed in the North Kazakhstan Region – 58.25 percent, while the lowest so far was in Almaty – 20.14 percent.

37.03 percent of the eligible voters turned up at polling stations in Nur-Sultan.