By Zhanna Shayakhmetova in International on 24 June 2022

NUR-SULTAN – The Kazakh capital hosted a celebration event paying tribute to Africa’s history and rich culture at the Nazarbayev University (NU) on June 24.

The event was initiated by the embassies of South Africa, Egypt, Morocco, and the Chargé de Affairs of Libya in Kazakhstan.

Africa day is observed annually to commemorate the founding of the Organization of African Unity created on May 25, 1963, which later was transformed into the African Union.

Egyptian Ambassador to Kazakhstan Manal Yehia El Shinnawi noted that 2022 signifies the 20th anniversary of the African Union in her opening remarks. “I am honored this event takes place while our countries celebrate the 30th anniversary of diplomatic relations with Kazakhstan – 30 years of cooperation, brotherhood, and friendship,” she said. 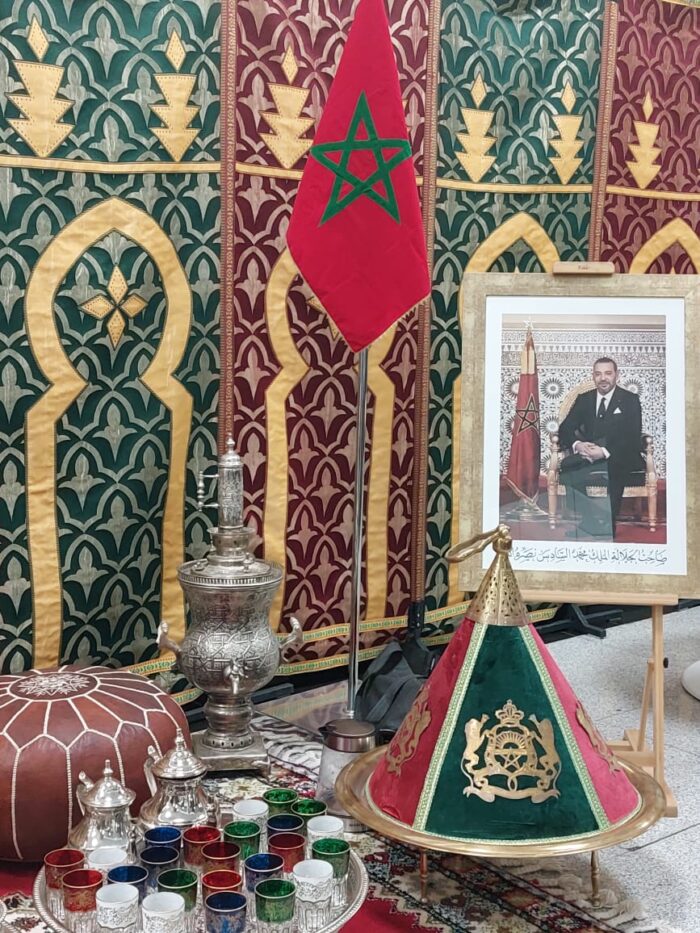 The African Union’s theme for 2022 is strengthening resilience in nutrition and food security in the African continent. The union seeks to enhance the agriculture and food systems, attract investments in nutrition, and strengthen the health and social protection systems to accelerate human social and economic capital development.

Ambassador of Morocco to Kazakhstan Mohammed Rachid Maaninou noted the role of Kazakhstan and the Islamic Organization for Food Security in addressing the current challenges, which aligns with African countries’ agenda.

“The organization currently includes 22 African countries, and it was established with the intention of framing and assisting members to take through their ambitious program to enhance food enhance food security,” said Maaninou.

Professor Ilesanmi Adesida, who serves as the Provost of the Nazarbayev University, gave a historical background of the date. “We are honored to celebrate Africa this year. The celebration is something to be held high. Because in 1963, great gentlemen, and intellectuals came to Addis Ababa to form the Organization of African Unity. Their names are Gamal Abdel Nasser, Haile Selassie, and Kwame Nkrumah… What they built in terms of the principles is still very germane today. And it also flows into the theme of today – strengthening resilience in nutrition and food security on the African continent,” said Adesida.

As an international research university in Central Asia, the Nazarbayev University welcomes talented students from all countries, said Professor Adesida. The university has 150 foreign students on campus including students from Nigeria, Ethiopia, Ghana, Tanzania, and the Gambia.

The professor also shared the touching story of a South African student who flew from South Africa to Kazakhstan two weeks ago to get his Master’s degree in Engineering Management. “His mother flew all the way from Ethiopia. His father died of COVID last year. His mother came to celebrate and stood up all the time as he was giving the speech at the graduation ceremony for graduate students,” he said.