NUR-SULTAN – Kazakh President Kassym-Jomart Tokayev led the groundbreaking ceremony at the construction of a new international terminal at the airport as part of his working visit to Almaty on June 1, reported Akorda Press. 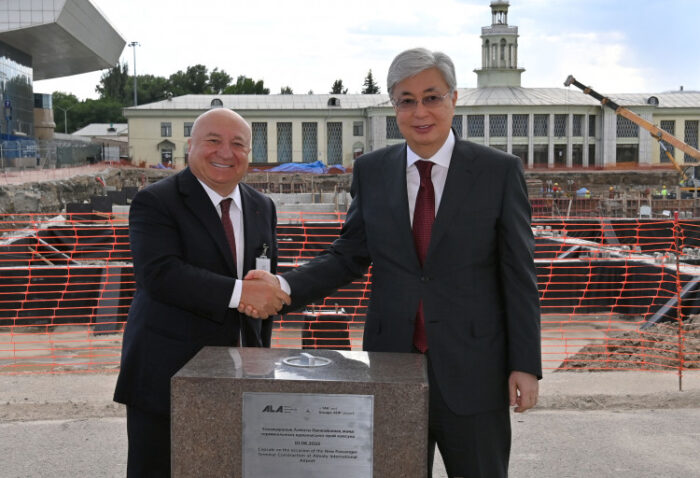 The investment project worth more than $200 million has been implemented by Turkish company TAV Airports Holding.

Tokayev noted that the Almaty airport is an important strategic facility for the country. “Its capacity will double to 14 million passengers a year. The new terminal will be equipped with the latest technologies and meet international standards. The construction should be completed on time,” he said.

Earlier, Tokayev took part in a meeting dedicated to the 75th anniversary of the National Academy of Sciences. 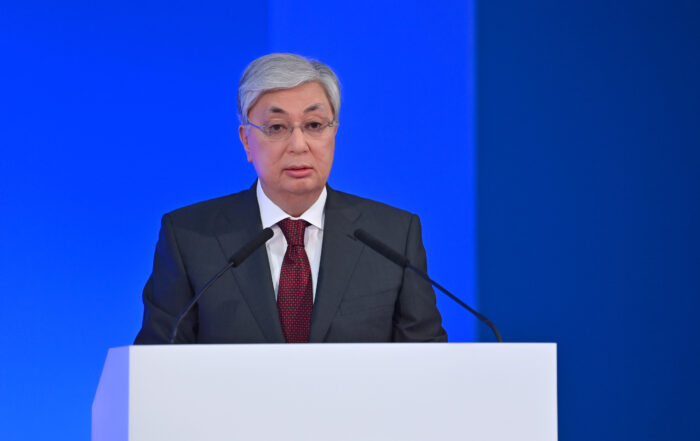 President Kassym-Jomart Tokayev delivers remarks at the meeting dedicated to the 75th anniversary of the National Academy of Sciences on June 1 in Almaty. Photo credit: Akorda.

In his opening remarks, the President said that scientific and technological achievements are important for the country’s strength and power and its reputation in the international arena. Science, technology and innovation are key areas for the country’s competitiveness.

Tokayev recalled that the concept for the development of science through 2026 had been adopted last week. At the same time, the number of scientists has grown significantly over 30 years and now stands at 22,000.

A new type of funding was introduced for scientific institutes involved in fundamental research due to amendments to the law on science. This ensures the uninterrupted scientific activities of institutes. The average salary of researchers increased by 70 percent. The terms of research funding have been increased from three to five years. Overall, the state funding for research has increased by 70 percent over the past three years.

“Grants are allocated for internships in the world’s leading scientific centers. The projects on commercialization of the results of scientific and technical activities are being implemented,” he said.

The research activities should be strengthened, the support system for research and development work should be improved at the Academy of Sciences to address current issues. The long-term planning of scientific and technological development is also a priority.

“The academy should become the center of science and conduct expert activities. It is important to enhance its role. In this regard, the academy will be given state status and state financing,” said Tokayev.

The government and ministries are set to launch a program to support science and technology parks at universities with targeted grants for the development of scientific laboratories and experimental infrastructure.

Tokayev also visited the Central Asian Institute for Ecological Research. Founded in 2012, the institute conducts fundamental and applied research in the areas of environmental protection and environmental, social and corporate governance (ESG).