NUR-SULTAN – Kazakhstan’s State Secretary Erlan Karin and Deputy Minister of Foreign Affairs Roman Vassilenko met with a group of foreign journalists to brief them on the major changes that the upcoming national referendum on June 5 will bring to the Constitution and the political and economic outcomes of the reforms, on June 2-3. 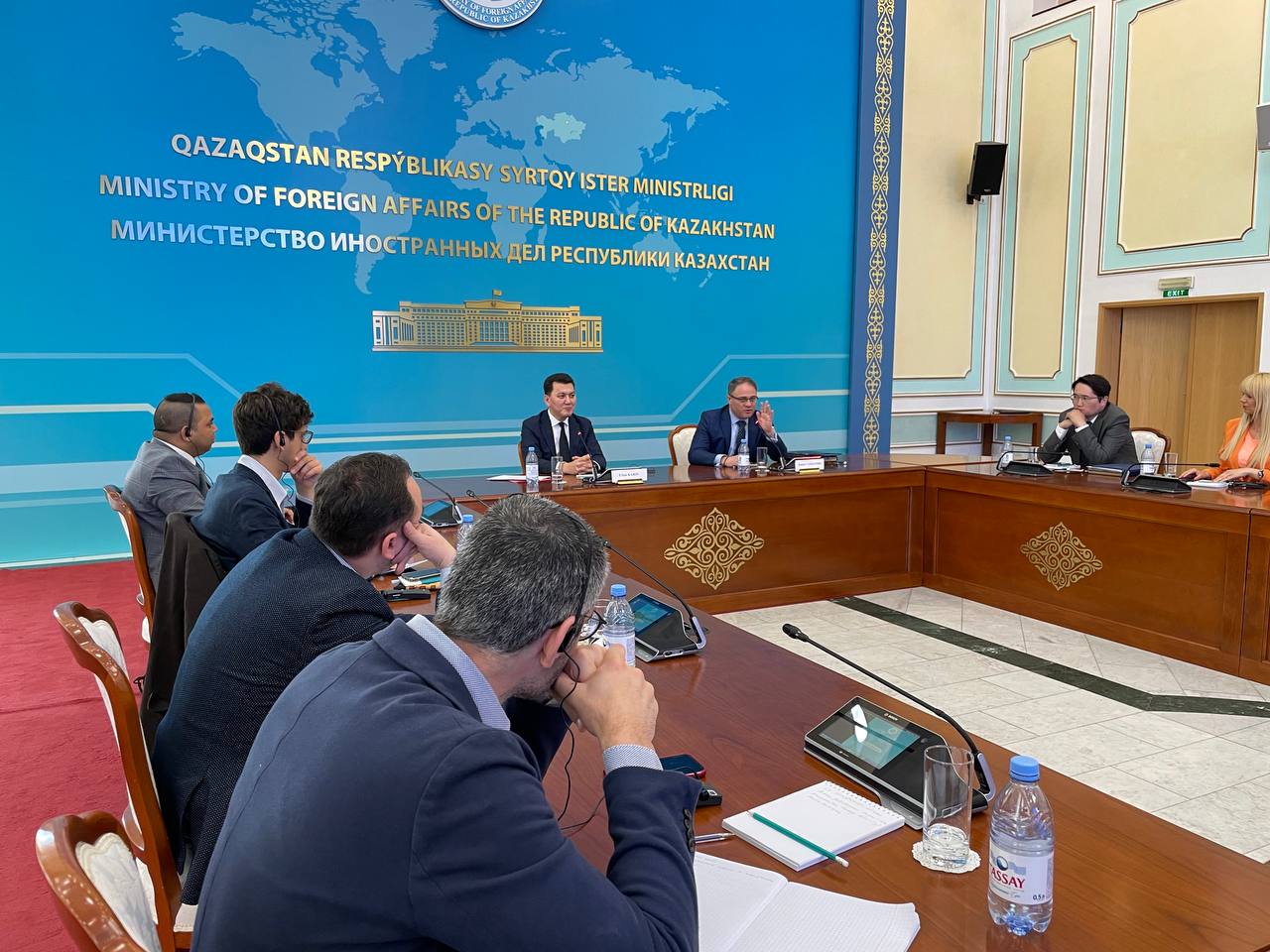 Karin mentioned five major blocks in the Constitution that are subject to changes.

Karin said all previous amendments to the Constitution were passed through the Parliament, however, given the large-scale changes that affect one-third of the Constitution, it was decided that such changes will require a popular decision, which is in line with the “listening state” concept.

According to Karin, these reforms are a logical continuation of the previous several packages of reforms proposed by the President since 2019, and not just a response to the January events.

“The reforms are not for the sake of making reforms,” said Karin quoting the words of President Kassym-Jomart Tokayev. All previous reforms were prepared based on public demand and their implementation was thoroughly monitored.

To illustrate his words with an example, Karin talked about the large amount of work that has been done before introducing direct elections of rural akims (mayors) in 2021. That work included the formation of a rural budget, audit of rural property, and training of over 5,000 rural akim apparatus staff. The aftermath of the first direct elections was also monitored through meetings with akims and the local population.

Karin also added a successful implementation of the reforms requires the growth of political activism among the citizens.

“Reforms should not outpace mental changes [in society]. There must be a certain reset of social values. Citizens, too, must be able to use these new tools for good. We understand that the formation of a new political culture will be a long and difficult process,” said Karin.

In the economic sphere, reforms are aimed to “create an even playfield for all people and to make sure that everybody has an opportunity to develop their economic ideas.” Vassilenko also added that the reforms are designed to prevent monopolies from having privileged access to resources and infrastructure.

“In social matters, the President has been pushing for another set of reforms for a fair society where nobody is left behind, where revenues primarily from the energy sector are benefiting every member of society,” said Vassilenko.

Overall, 33 out of 98 articles of the Constitution will be subject to change as a result of the national referendum.