By Aida Haidar in International on 2 June 2022 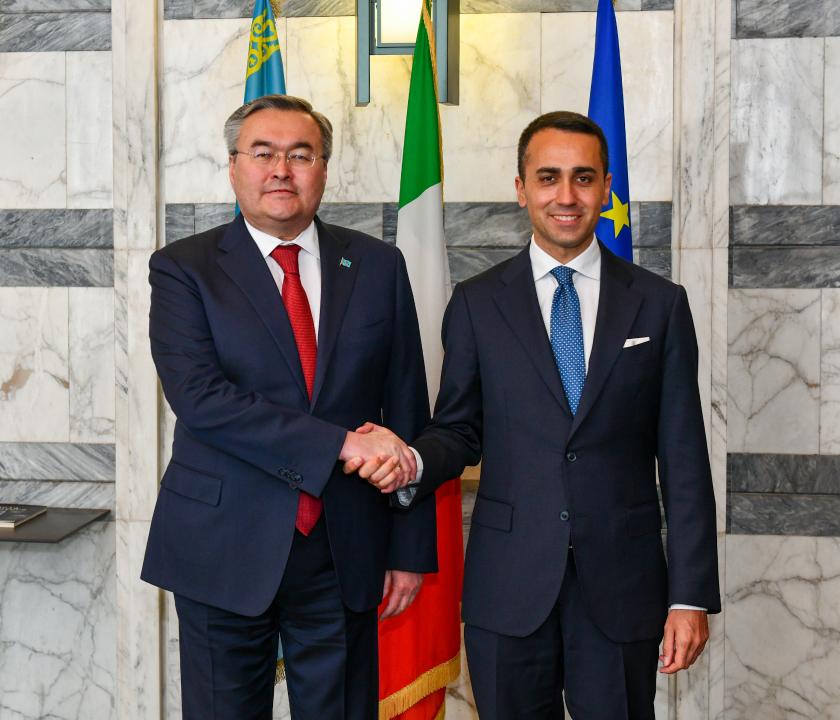 The high-level meeting took place on the occasion of the 30th anniversary of the establishment of diplomatic relations between Kazakhstan and Italy and on the eve of Italy’s National Day. Minister Tileuberdi extended congratulations on behalf of the President of Kazakhstan Kassym-Jomart Tokayev to the President of Italy Sergio Mattarella.

Tileuberdi also spoke about the upcoming national referendum on the constitutional amendments.

The Italian counterpart expressed strong support for the reforms initiated by President Tokayev, saying that their implementation will contribute to the political modernization of Kazakhstan.

Italian Minister Di Maio said Italy is keen on expanding cooperation with Kazakhstan. “Kazakhstan is the only country in Central Asia that has signed an Enhanced Partnership and Cooperation Agreement with the European Union. We are ready to continue to cooperate with our reliable partner in the Central Asian region,” the Italian minister said.

Trade and investment cooperation is an important part of bilateral cooperation.

Italy is one of the major investors in the Kazakh economy. According to the data from the National Bank of Kazakhstan, in 2021, the volume of foreign direct investment from Italy was US$122.8 million, while the volume of mutual trade between the two countries reached $9.6 billion.  Exports made up $8.8 billion and imports reached $0.8 billion.

To explore ways to boost these ties, Rome hosted a roundtable gathering of Kazakh and Italian business people. The Italian delegation expressed their interest in implementing projects in Kazakhstan in such areas as manufacturing, construction, transport and logistics, agriculture, engineering and green energy.

The sides are optimistic about the opening of a direct flight between Almaty and Milan, which they hope will facilitate trade and economic relations between the two states.

During the visit, Tileuberdi also held bilateral meetings with the heads of the Italian companies – Maire Tecnimont, Same Deutz-Fahr, Ansaldo Energie S.p.A., among others, who expressed their commitment to continue building business partnerships with Kazakhstan.