By Assem Assaniyaz in Constitutional Referendum, Nation on 5 June 2022

NUR-SULTAN – The Kazakh citizens cast their votes in the national referendum on constitutional amendments in Kazakhstan and abroad on June 5.

Foreign embassies and consulates of Kazakhstan opened 65 polling stations for living and traveling Kazakh citizens to take part in the country’s major event.

Kazakhs living in Japan and Korea were among the first to perform their constitutional right to vote.

“I recently turned 18 and it is very exciting for me to participate in such a historic event for the first time. It is also a great responsibility, as my vote will contribute to the renewal of the Constitution,” said Alizhan Saliyev while voting in the Kazakh Embassy in Japan. 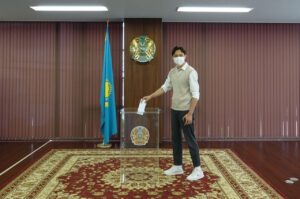 A young married couple Kakim Danabayev and Aruna Zhanibek, who have been running a business in Korea for more than ten years, came to vote at the polling station in Seoul.

“I came to cast my vote because participation in the referendum is our civic duty and the future of our children depends on our vote,” said Danabayev.

“I am glad that being abroad I have the opportunity to cast my vote,” said Salin.

“I’m happy to contribute to the democratic development of our country,” said Tattybai. 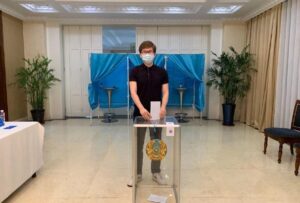 The Kazakh citizens in Russia are voting in Moscow, Saint Petersburg, Astrakhan, Omsk and Kazan, while polling stations were also opened in Belarussian Minsk and Brest, and Baku in Azerbaijan. 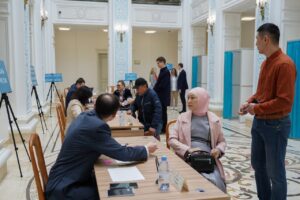 In European countries, diplomatic missions are collecting votes in Vienna, Brussels, Bern and the Hague, as well as in Rome, Paris, Madrid, Budapest, Warsaw, Prague, Zagreb and Bratislava. 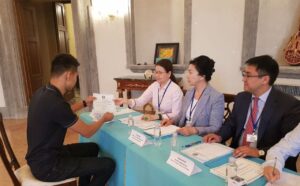 In the Middle East, citizens cast their votes at polling stations in Abu Dhabi, Dubai, Riyadh, Jeddah, Muscat, and Doha, as well as in Tel Aviv, Amman, and Cairo. Polling stations in Turkish cities Ankara, Istanbul and Antalya are also open for the voting. 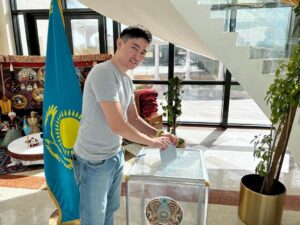