By Saniya Bulatkulova in International on 28 June 2022

NUR-SULTAN – The integration processes between the Turkic states have been developing at a high level, including through strengthening inter-parliamentary cooperation, said Chair of Mazhilis, the lower house of the Kazakh Parliament, Yerlan Koshanov at the June 24 eleventh plenary session of the Parliamentary Assembly of Turkic-speaking countries (TURKPA) in Cholpon-Ata, reports Mazhilis’s press service. 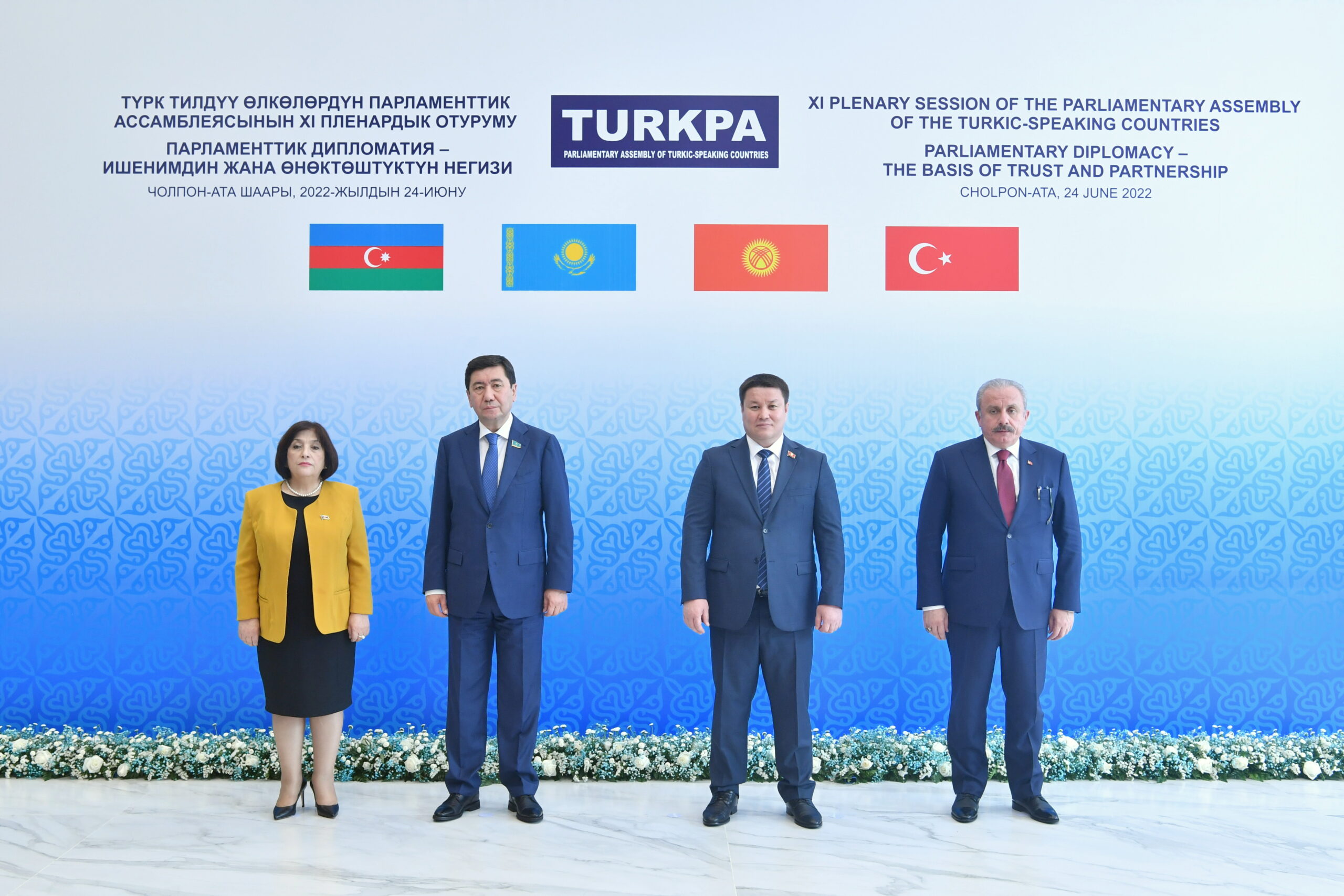 The leaders of Parliaments in Azerbaijan, Kazakhstan, Kyrgyzstan and Turkey. Photo credit: press service of Mazhilis

Koshanov spoke about the results of Kazakhstan’s chairmanship in the TURKPA saying that all the planned events for 2022 have been organized according to the plan and handed over the chairmanship to Kyrgyzstan.

“A year has passed since our last meeting in Turkistan. During this period, the assembly continued its work on strengthening the unity of the Turkic countries and increasing the role of the TURKPA,” said Koshanov.

“This rebranding will certainly contribute to the comprehensive development of the assembly in a new format,” Koshanov said.

The forum gathered leaders of the parliaments of Azerbaijan, Kazakhstan, Kyrgyzstan, and Turkey to address urgent prospects for the Turkic world. The heads of Uzbekistan’s and Turkmenistan’s Parliaments attended the event as honorary guests, while a delegation of the Hungarian Parliament participated as a foreign observer.

The session resulted in the adoption of the Cholpon-Ata Declaration.

The next session of TURKPA is scheduled in Turkey for 2023.

Established in 2008 by leaders of Kazakhstan, Kyrgyzstan, Turkey and Azerbaijan, TURKPA aims to promote the development of political dialogue and cooperation between the countries. This year, the 30th anniversary of diplomatic relations is celebrated among the countries of the organization.