By Saniya Bulatkulova in Kazakhstan Region Profiles: A Deep Dive Into the Heart of Central Asia, Society on 11 June 2022

NUR-SULTAN  – A couple of French travelers Émilie and Davy Sanchis came to Aktau recently as a part of their world cycling tour, which aims to promote the inclusion of people with Down syndrome and other disabilities through sport, reported the French Embassy in Kazakhstan. 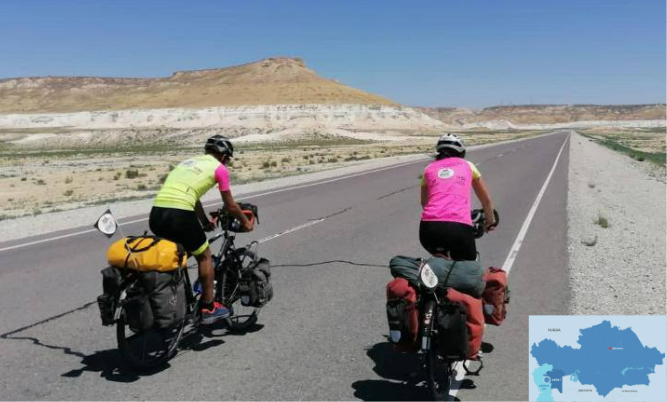 Sanchis have traveled around some regions of France as a part of their project. Photo credit: Aktau city’s akimat (city administration). Click to see the map in full size

Davy and Émilie Sanchis led the Bike Up and Down cycling tour project, which was initiated to support children with Down syndrome. They started their world tour last June.

Sanchis came to Aktau in late May. During their visit, they attended the Nazarbayev Intellectual School (NIS) and the Caspian University of Technology and Engineering named after Sh.Yessenov to present their project.

“We have more opportunities to communicate with people due to our cycling tour. When we were on our way, people stopped us, and invited us into their homes for tea and meals. We want to be closer to people to better understand them,” said Émilie. 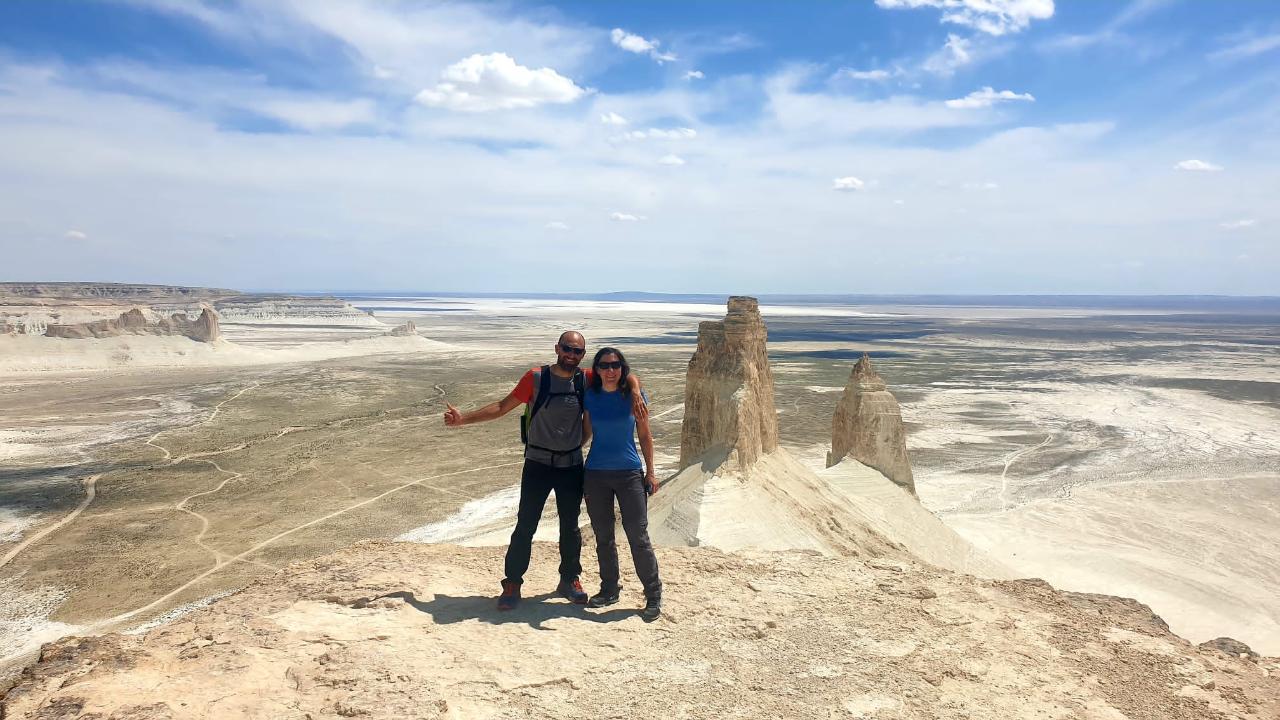 “We participated in sports competitions with people with mental challenges, organized picnics with associations, attended special institutions and homes, where people with disabilities live as well as inclusive restaurants, hotels and social farms,” travelers said.