The meeting focused on the implementation of the agreements reached between the leaders of Kazakhstan and the EU following the official visit of Kazakh President Kassym-Jomart Tokayev to Brussels in November 2021. 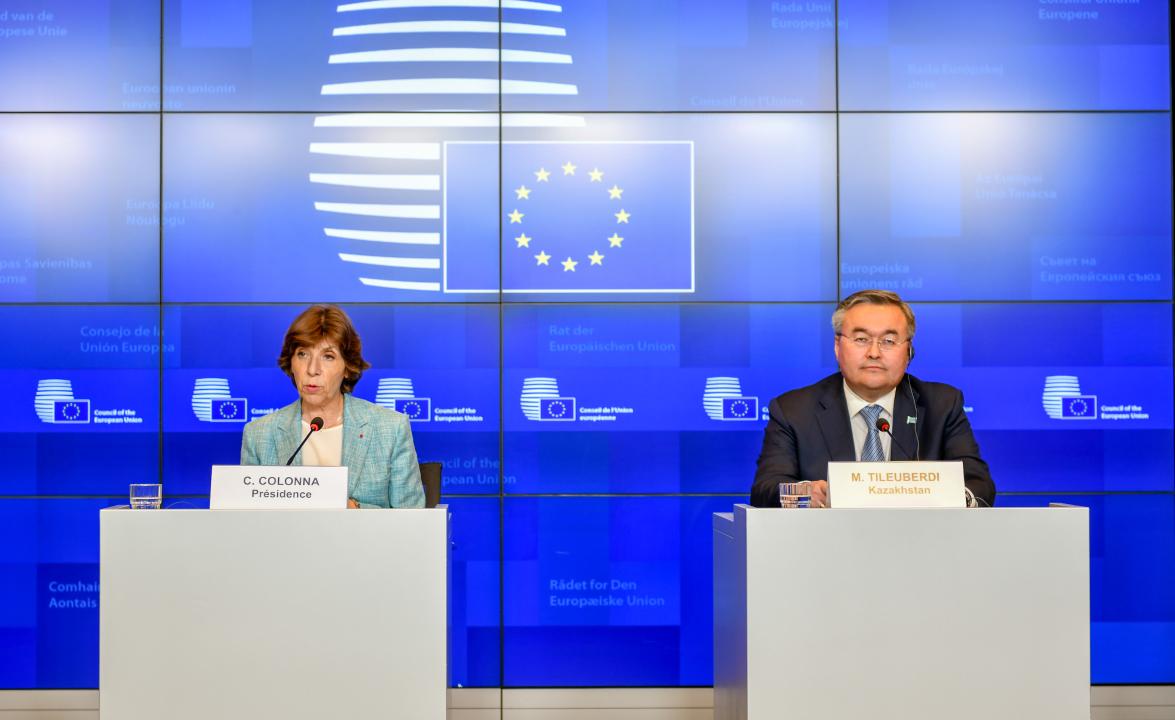 Tileuberdi informed his European colleagues about the results of the national referendum on constitutional amendments saying it is the most important element in the ongoing reforms in Kazakhstan. Colonna welcome the changes taking place in Kazakhstan, noting that the country is a reliable partner of the EU in the Central Asian region.

“The partnership of the EU with Kazakhstan today has become even more relevant,” said the French minister, noting the current geopolitical context.  The message conveyed was the EU is committed to bilateral relations with Kazakhstan and open to new avenues of cooperation.

During the meeting, they also discussed the implementation of the Enhanced Partnership and Cooperation Agreement between Kazakhstan and the EU (EPCA), which has entered into force in March 2020, with a focus on such priority areas as the transition to a green economy, trade and investment, energy, agriculture, transport and logistics, combating climate change, education and science.

As the EU and Kazakhstan prepare to mark 30 years of diplomatic relations, Tileuberdi stressed the importance of maintaining strong economic ties and seeking ways to prevent the unintended secondary impact of EU sanctions against Russia on Kazakhstan’s companies.

EU countries are currently the largest trade partners of Kazakhstan with a total trade turnover of $29 billion. In the first four months of this year alone, the figure reached $12.6 billion, 28 percent higher than in the same period last year.

In 2021, the volume of foreign direct investment from EU countries in Kazakhstan’s economy made $10.1 billion, 24.3 percent higher than in the previous year. The key investors came from the Netherlands, Belgium, France, Cyprus, Luxembourg and Germany.

An important issue on the meeting agenda was the facilitation of a visa regime for the citizens of Kazakhstan visiting the EU countries. According to Tileuberdi, it is one of the priorities of the country’s cooperation.

On the sidelines of the meeting, Tileuberdi held separate meetings with Jean Asselborn, Minister of Foreign and European Affairs of Luxembourg and Catherine Colonna discussing how they see the development of cooperation moving forward.

The ministers are expected to convene again in autumn for the EU-Central Asia Ministerial meeting.