NUR-SULTAN – The upcoming referendum is a real breakthrough in terms of the constitutional amendments and the country’s approach to social structure and promotion of market oriented reforms, said Polish Foreign Minister and Organization for Security and Cooperation in Europe (OSCE) Chairperson-in-Office Zbigniew Rau during his June 2 meeting with President Kassym-Jomart Tokayev in Nur-Sultan. 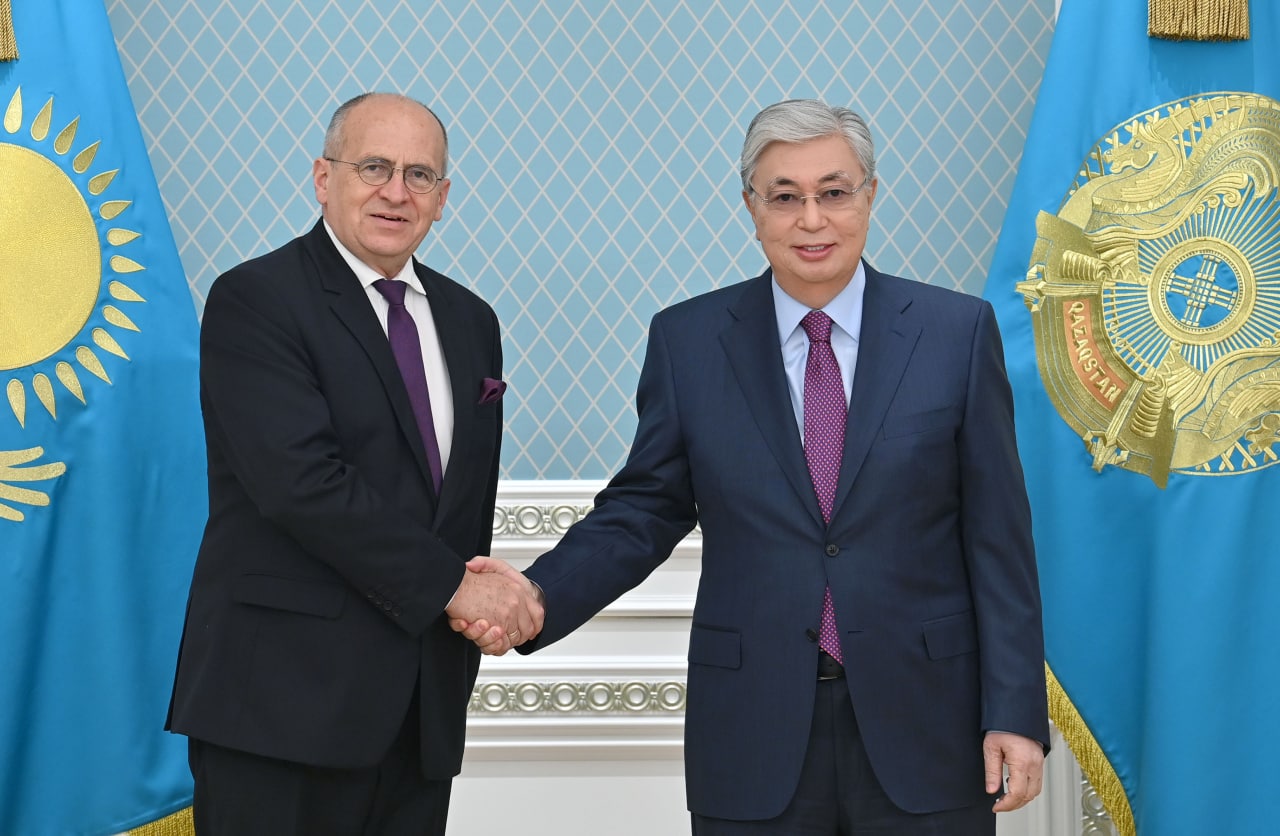 Rau, whose country took over the OSCE Chairpersonship on Jan. 1, made comments during his two-day visit to Kazakhstan. He is also expected to visit Uzbekistan and Mongolia on the tour in his capacity as OSCE Chairperson-in-Office, during which he focuses on consolidating the organization’s and the member states’ commitment to common goals and joint activities.

“The referendum is a very important sign of political will to change things for the better. I must say that the constitutional reforms in your country are aimed at strengthening the principles of democracy, freedom and the rule of law,” Rau said, according to the Kazakh President’s press service.

During the meeting. Photo credit: Akorda

Welcoming the high-level guest in the Akorda presidential residence, Tokayev noted the importance of Rau’s visit for strengthening Kazakhstan’s cooperation with Poland and the OSCE. He spoke about the preparations for the upcoming national referendum and welcomed the deployment of the Office for Democratic Institutions and Human Rights (ODIHR) Referendum Assessment Mission.

“The referendum is the beginning of a process of important political transformations in our country. The work to promote democracy in Kazakhstan will be continuous,” said Tokayev.

In 2010, Kazakhstan became the first post-Soviet country to chair the organization, a recognition of the increasing role of Kazakhstan in the international arena. The same year, Kazakhstan’s capital hosted the OSCE summit, the first in over a decade and still the last to gather the OSCE heads of member states.

Tokayev and Rau also discussed OSCE’s comprehensive approach to security encompassing three dimensions – the politico-military, the economic and environmental, and the human dimension.

Speaking about bilateral cooperation with Poland, Tokayev described the nation as an important partner for Kazakhstan in Central Europe.

“Last year, bilateral trade increased by 12 percent, reaching US$760 million. I think that we have good opportunities to increase mutual trade,” he said.

Rau welcomed the efforts undertaken by Tokayev to implement large-scale political and economic reforms and the Kazakh model of interethnic and interfaith harmony expressing appreciation to President Tokayev for the constant support of the significant Polish community living in the country. Kazakh people offered shelter and support to tens of thousands of Poles deported to Kazakhstan during the political repressions in 1930s.

As part of his visit, Rau also met with Kazakhstan’s First Deputy Minister of Foreign Affairs Akan Rakhmetullin to explore cooperation within the OSCE.

Rakhmetullin confirmed the readiness of Kazakhstan to continue promoting the work of the OSCE across the three dimensions.

Discussing the international agenda, the sides focused on the challenges faced by Poland during its OSCE chairpersonship considering the growing geopolitical tensions in the region.

Rau expressed support for democratic reforms in the country and noted the importance of forming an effective system of local government. He said Poland was ready to continue sharing its positive experience in this area with Kazakhstan.

Rau also met with Senate Speaker Maulen Ashimbayev, discussing the prospects for cooperation between Kazakhstan and OSCE. The sides suggested gearing efforts to strengthen interparliamentary cooperation within the organization.

“We want to encourage Kazakhstan to make full use of all that our organization and the OSCE Program Office have to offer – the resources and the expertise in implementing your ambitious political reforms,” said Rau during his meeting with Kazakhstan’s Mazhilis Speaker Erlan Koshanov.

Organization for Security and Co-operation in Europe (OSCE) is the world’s largest regional international organization with the mandate covering arms control, environmental issues, economic development, human rights, freedom of the press, as well as monitoring elections in its member states.