By Zhanna Shayakhmetova in International on 5 May 2022

NUR-SULTAN – Kazakh Deputy Minister of Foreign Affairs Roman Vassilenko held a number of meetings with European Union officials in Budapest, Vilnius, Warsaw and Vienna to reaffirm the strategic partnership between the countries and outline the major directions of the political reforms in Kazakhstan, reported the ministry’s press service. 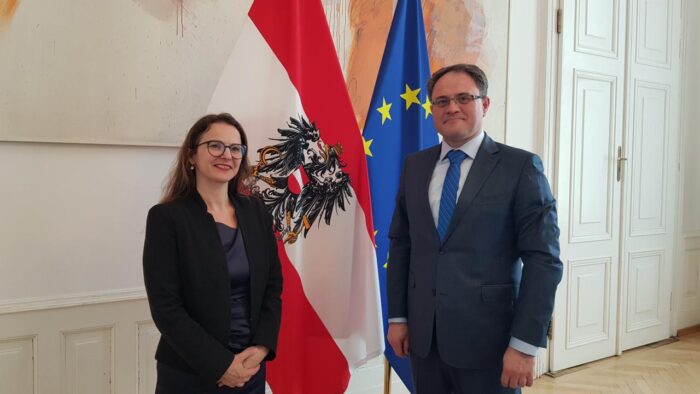 Kazakhstan and Vienna agree to deepen bilateral cooperation. This was confirmed by Deputy Minister of Foreign Affairs Roman Vassilenko and with Foreign and European Policy Adviser to the Federal Chancellor of Austria Barbara Kaudel-Jensen, who met in Vienna on May 3. The promising areas of cooperation are the petrochemical industry and the availability of minerals required for the production of high-tech equipment for green energy.

Vassilenko also took part in the meeting with Austrian business people. Kazakhstan has been and remains a partner of Austria in Central Asia and continues to contribute to the energy security of Austria and Europe. The major part (39 percent) of Kazakh oil is imported to Austria.

Austrian Co-Chair of the Kazakh-Austrian Joint Commission Florian Frauscher noted the importance of the agreements achieved at the 10th meeting of the commission in Nur-Sultan in 2021. This will have a positive impact on bilateral trade and economic ties.

Expansion of transport and logistics ties between Kazakhstan and Austria has also been on the agenda.

Director-General of the Federal Ministry for Agriculture, Regional Development and Tourism of Austria Andreas Reichhardt noted the opportunities of cooperation  in renewable energy, telecommunications, agriculture, transport infrastructure, and healthcare.

Kazakhstan and Hungary intend to strengthen their strategic partnership in areas of mutual interest. This was announced during the recent meeting of Vassilenko and Deputy Secretary of State of the Hungarian Foreign Ministry András Baranyi in Budapest. 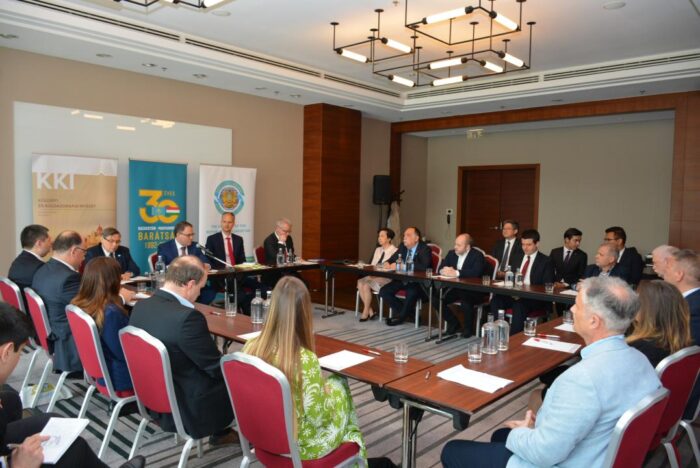 A round table discussion dedicated to the 30th anniversary of the establishment of diplomatic relations between Kazakhstan and Hungary in Budapest.

Kazakhstan’s new political policy, trade and economic cooperation were on the agenda of the meeting.

Vassilenko and Baranyi believe that Kazakh-Hungarian relations will continue to develop in various sectors. Agriculture, energy, construction, car and chemical industries, tourism, innovation and pharmaceuticals were considered as promising areas for investments.

Trade between Kazakhstan and Hungary reached $138.7 million in 2021, increasing by 19 percent compared to 2020, according to the Kazakh Ministry of Foreign Affairs. The export of Kazakh products to Hungary amounted to $15.4 million with an increase of 40 percent and Hungarian imports to Kazakhstan stood at $123.3 million with an increase of 16.3 percent. The volume of direct investments from Hungary into the Kazakh economy amounted to $270 million since 2005. Approximately 30 Hungarian companies operate in Kazakhstan, including MOL, Gedeon Richter, Egis, and other companies.

On May 2, Vassilenko spoke about the political and social-economic reforms initiated by President Kassym-Jomart Tokayev at the round table discussion dedicated to the 30th anniversary of diplomatic relations between Kazakhstan and Hungary.

The representatives of the Hungarian government ministries and agencies, the Institute of Foreign Affairs and Trade, academic, expert and business people, who took part in the event, welcomed the new course of the new political reforms in Kazakhstan.

These encounters preceded the visit of Hungarian Foreign Minister Péter Szijjártó to Kazakhstan on May 3.

A Visit to Lithuania 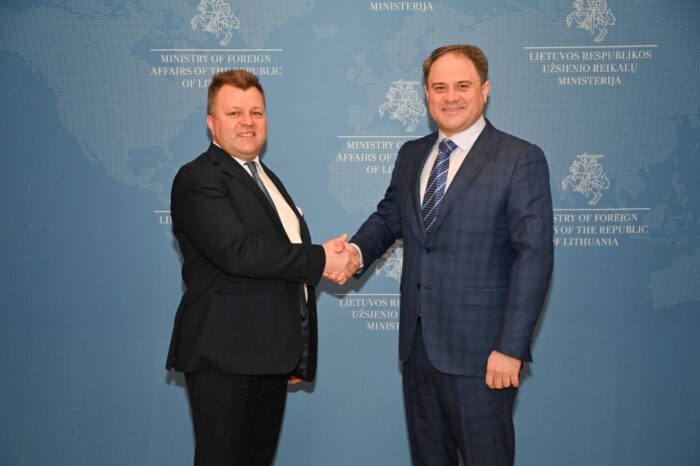 Bilateral cooperation was discussed at the eighth political consultations between the foreign policy departments of Kazakhstan and Lithuania.

It is reported that transit transport is a priority area of cooperation. “The parties considered the issue of interfacing the Trans-Caspian International Transport Route with railway intermodal terminals in Kaunas and Vilnius, as well as the Klaipeda Seaport. This measure will make it possible to deliver Kazakh and transit cargo to the markets of the Baltic countries, Scandinavia and Western Europe,” reads the release.

Vassilenko confirmed Kazakhstan’s commitment towards a balanced multi-vector foreign policy during the meeting with the Head of the International Policy Bureau under the President of Poland Jakub Kumoch in Warsaw on April 28. The meeting’s agenda included regional and global security, including the situation in Ukraine. 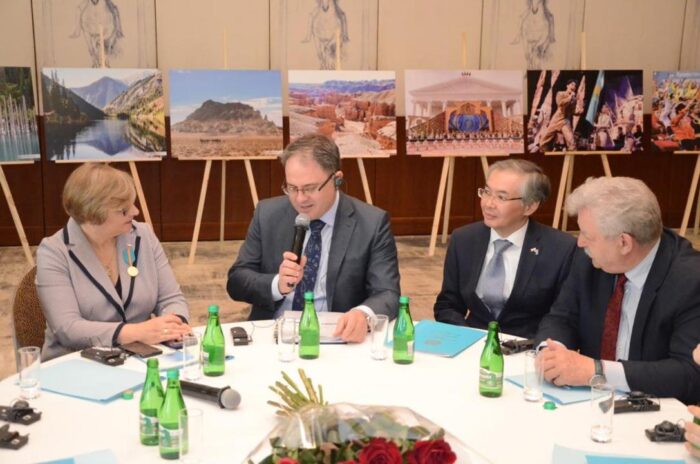 A meeting to mark the 30th anniversary of the establishment of diplomatic relations between Kazakhstan and Poland in Warsaw. Photo credit: Gov.kz.

Kazakhstan reaffirmed its readiness for close cooperation with Warsaw considering Poland’s chairmanship in the OSCE.

A plethora of bilateral events are scheduled as part of the official visit of the OSCE Chairman-in-Office – Minister of Foreign Affairs of Poland Zbigniew Rau to Kazakhstan this year.

Trade between Kazakhstan and Poland reached $760,4 million in 2021, which is 12,3 percent higher than in 2020. Since 2005, the gross inflow of direct investment from Poland to Kazakhstan was $273 million including nearly $50 million in the last two years.

Vassilenko focused on Kazakhstan’s firm commitment to the OSCE’s principles and values at the meeting with Director of the OSCE Office for Democratic Institutions and Human Rights (ODIHR) Matteo Mecacci. He noted that cooperation with the ODIHR is one of the priorities of Kazakhstan’s foreign policy.