Paving the Way for Kazakh Diplomacy

By Assem Assaniyaz in International on 8 May 2022

NUR-SULTAN – Nazir Torekulov, the first Soviet Plenipotentiary Envoy to Saudi Arabia (then the Kingdom of Hejaz and Nejd), played a key role in establishing friendly relations between the Soviet Union and Saudi Arabia. His professional contribution is significant for independent Kazakhstan, which marks the 30th anniversary of its diplomatic corps this year, said Abdizhapar Saparbayev, Head of the Nazir Torekulov International Foundation in an interview with The Astana Times. 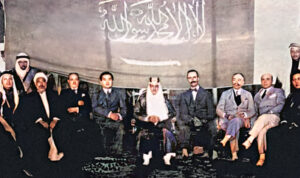 Torekulov (1892 – 1937) was an outstanding diplomat of Kazakh origin. He was born into a wealthy family of a cotton merchant in Kokand (a city in Uzbekistan). In 1917, after graduating from the Moscow Commerce Institute (the Plekhanov Russian University of Economics), Torekulov began to engage in political activity.

From 1920 to 1921, Torekulov was the head of the government in Soviet Turkestan, which was an autonomous republic of the Russian Soviet Federative Socialist Republic that embraced parts of modern territories of Kazakhstan, Uzbekistan, Turkmenistan, Tajikistan and Kyrgyzstan. Honoring Islamic traditions, he signed a decree on the postponement of the weekend from Sunday to Friday and declared three days of Eid al-Adha – days off (a holiday, celebrated 70 days after the end of Ramadan in Islam).

“He also requested that Soviet leaders provide assistance in transportation for pilgrims from the Soviet Union to Mecca and back. A museum of Torekulov in Turkistan, a historical city and cultural center in southern Kazakhstan, is open to the public,” Saparbayev said.

On Nov. 24, 1927, the Soviet leaders appointed him as a Plenipotentiary Representative to the Kingdom of Hejaz and Nejd. They paid special attention to Torekulov’s theological knowledge as a true Muslim, as well as to his high professionalism.

“Prior to the appointment, Torekulov held the position of Director of the Tsentrizdat publishing house in Moscow and was enlisted in the reserve of the Central Committee of the Communist Party and the NKID (the People’s Commissariat for Foreign Affairs, Foreign Ministry) of the USSR (the Union of Soviet Socialist Republics). The NKID insisted on his candidacy and addressed an official letter to Stalin himself,” Saparbayev said.

In Saudi Arabia, Torekulov’s incredible charisma and broad outlook allowed him to earn sincere respect from the king’s family.

As part of Prince Faisal’s visit to Moscow in 1932, the parties reached momentous agreements on the provision of commodity loans for a 10-year period. This can be considered as Torekulov’s special achievement.

“In memory of Torekulov’s historical contribution to the development of bilateral relations between the Soviet Union and Saudi Arabia, a street in Riyadh (Saudi Arabia) is named after him,” Saparbayev noted. 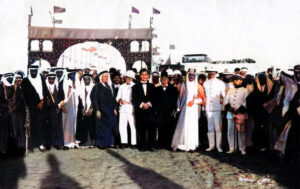 In 1937, Torekulov was recalled to Moscow and executed on far-fetched charges.

“The King of Saudi Arabia Abdul Aziz Al Saud was shocked by the tragic news of Torekulov’s death. After the incident, diplomatic relations between the two countries were interrupted and were re-established only in 1990,” he said.

The International Foundation “Nazir Torekulov” was founded in 1993 with the participation of former Kazakh Minister of Foreign Affairs Kairat Abdrakhmanov to preserve Torekulov’s legacy.

“Our task is to acquaint the public with Torekulov’s biography, develop scientific activities, organize social programs and cultural events for the talented young generation,” says Saparbayev. “Our work is our hobby. We continue to work for the good of the country,” he said.

During Torekulov’s service in Saudi Arabia, the game of draughts by Italian rules and Western chess were popular in the diplomatic community. The fund creates online educational platforms to study foreign languages and play board games.

“We developed a portal of Cyber Olympiads in Italian draughts and international chess among juniors, as well as a series of free linguistic Olympiads in Kazakh, Russian, English, Spanish, French, German, Italian and Portuguese,” Saparbayev said.

“Torekulov himself was fluent in seven languages – Kazakh, Russian, Uzbek, Tatar, Turkish, German, French, and he learned Arabic in a short time, refusing to use interpretation services,” he added. 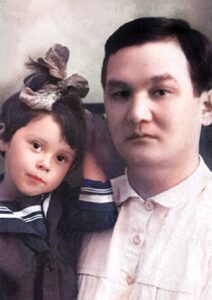 Apart from the regular online lectures on modern pedagogy, the foundation hosts scientific events, for example, a historical expedition “The Way of Nazir” to study in detail Torekulov’s life and bring valuable archives to the public attention,” said Saparbayev.

The citizens who have made a valuable contribution to the foreign policy of independent Kazakhstan on behalf of the Ministry of Foreign Affairs are awarded the Medal of Nazir Torekulov.

“Over the years of independence, Kazakhstan has developed an effective model of multi-vector foreign policy based on national interests. The International Charitable Foundation Nazir Torekulov extends its congratulations on the upcoming 30th anniversary of national diplomacy and wishes fruitful work to the Kazakh Ministry of Foreign Affairs,” Saparbayev said.