Manshuq Mametova: One Hero Out of Many Who Brought Victory in World War II

NUR-SULTAN – When Hitler’s aggression against USSR began in 1941, 19-year-old girl Manshuq Mametova knew her life would never be the same. The heroine of the Soviet Union, Mametova was an example of a fierce female warrior who not only had to face her country’s enemies but also go to war with the strict gender roles of her day. 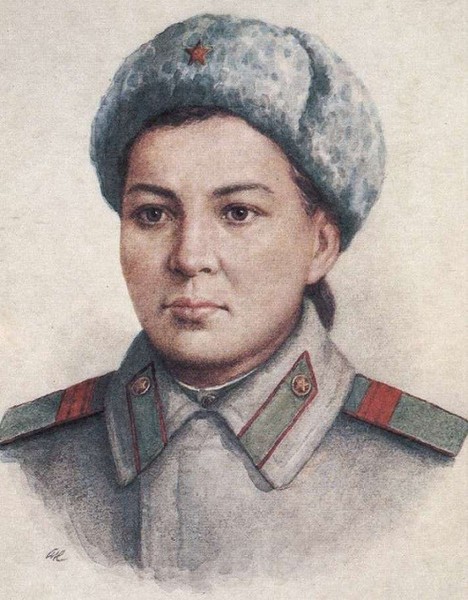 Mametova was only 21 when she died defending her country.

In October, Kazakhstan will celebrate the 100th anniversary of Mametova’s birth, but as the nation marked the Day of the Defenders of the Fatherland on May 7 and Victory Day on May 9, it is a chance to tell the story of her outstanding courage and bravery.

Born to a family of shoemakers in Oral in western Kazakhstan, she lost her parents when she was only five. Her uncle Akhmet Mametov and his wife Amina Mametova adopted her and brought her to Almaty, where she was able to receive a good education and enroll in an Almaty-based medical university which she was only able to complete two years before the war began.

She was accepted into the army in September of 1942. Despite her persistent request to join the military, Mametova was accepted as a clerk at an army headquarters before she was sent to work as a nurse in a field hospital.

Her requests to be assigned to a rifle unit were continuously rejected but she continued training on how to use a machine gun. Her perseverance eventually got her promoted to the rank of senior sergeant in the 100th rifle brigade. Mametova was deemed the best machine gunner in the unit.

The fight near the Russian city of Nevel in October 1943 was decisive for her. Fighting the Nazi army, her entire crew was killed. Left alone, they began attacking her simultaneously from different directions. She was seriously wounded in the head and lost consciousness, but waking up, she found the strength to fire her machine gun again at the enemy soldiers at point-blank range. She killed 70 of them.

Manshuq Mametova, Kazakh sniper Aliya Moldagulova, and Kazakh pilot Khiuaz Dospanova are strongly revered among Kazakh people for their bravery and heroism during the war. A monument to these three female heroes is located in the center of Oral city. Streets, airports, and schools carry the name of these brave women.

It is important for all to remember the names of people who fought for their country in the war, said President Kassym-Jomart Tokayev. 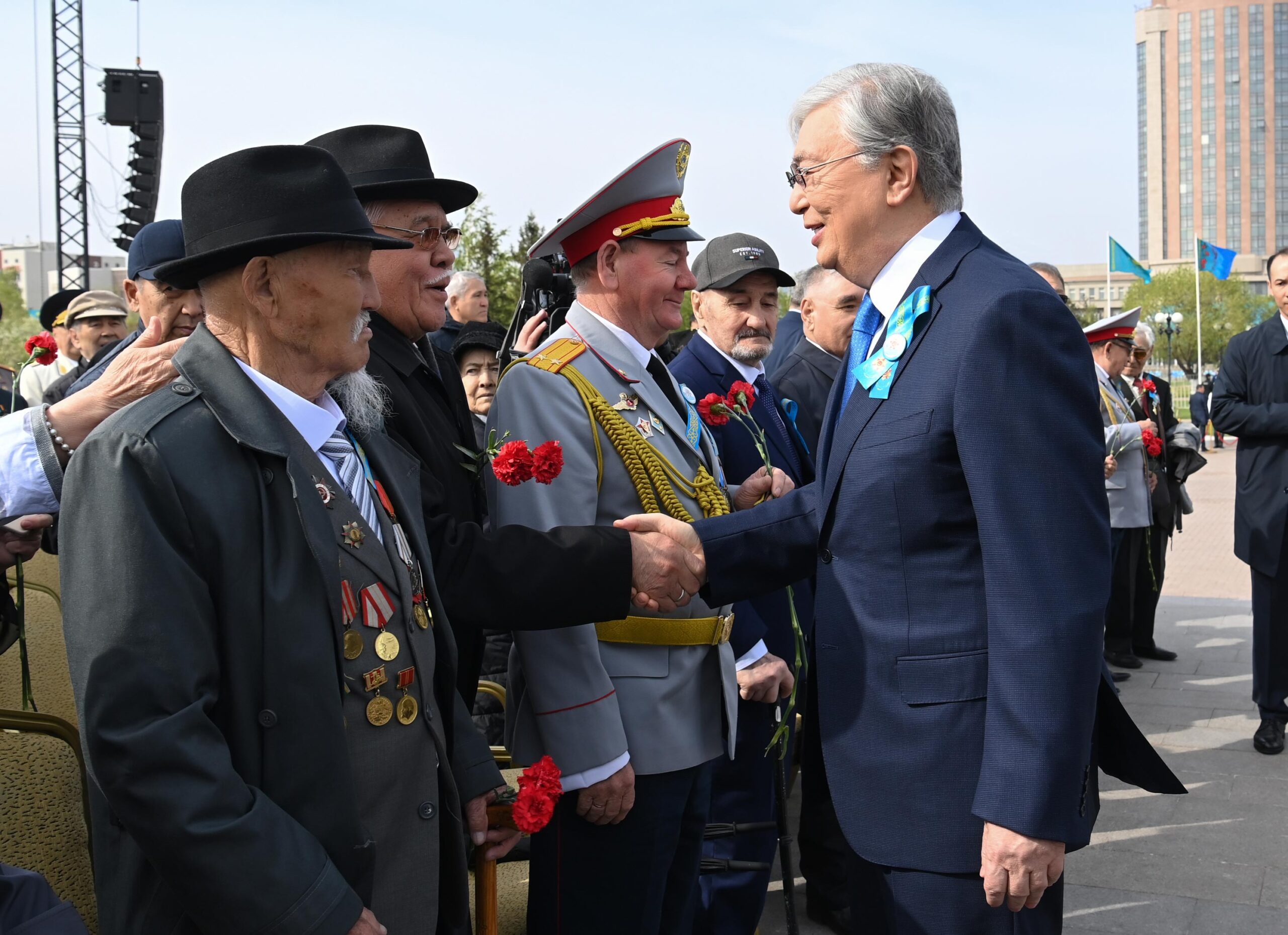 On May 9, President Tokayev laid flowers near the Otan Korgaushy monument in the capital and congratulated the veterans. Photo credit: Akorda press service

“The war was won at the cost of untold effort and enormous sacrifice. It was forged thanks to the unparalleled courage and indomitable spirit of the front-line soldiers, and the tenacity and self-sacrifice of the workers on the front. Our solemn duty is to remember the high price they paid for our freedom, our right to live and create,” said Tokayev. In Kazakhstan, there are only 376 veterans and 68,347 front workers still living.