NUR-SULTAN – A self-taught artist from Nur-Sultan Kanat Nurtazin brings a new dimension to his art by using leaves as a canvas for different illustrations.  The artist uses visual artwork as an effective form of communication to make an impact on existing social issues, such as corruption, domestic violence, and ecology. 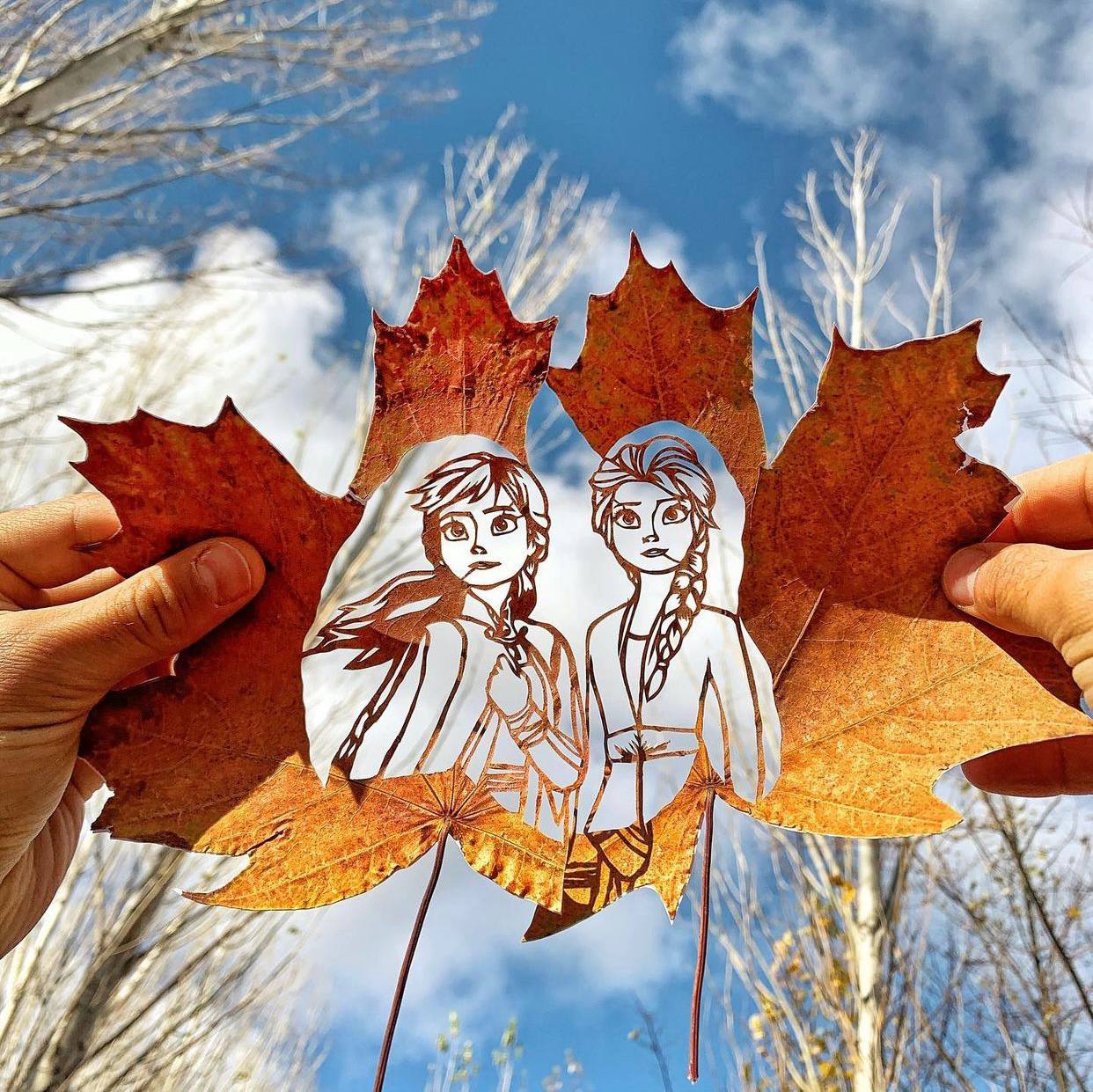 The result of a collaboration between Nurtazin and Disney network for promotion of Frozen II cartoon. Photo credit: kanat_n Instagram account 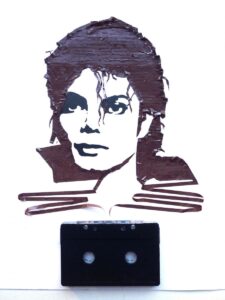 Each piece of art starts from an inspiration, then turns into a drawing, which is carefully carved on a leaf, and finished with a photo in a suitable location. One piece can take up to two weeks to create, according to Nurtazin.

A business management graduate from a university in Kuala-Lumpur and with no background in arts, he started carving as a hobby eight years ago.

“I have started my art project – 100 methods of drawing, where I tried to use different materials.  Within that project I tried to carve on a tree leaf. The public liked it very much and I continued to create more leaf art,” he said in an interview for this story.

His artwork gained vast recognition. Years of self-practice through trial and error of carving on leaves have paved the way for around 70 other methods of art drawing as part of 100 methods of drawing project. 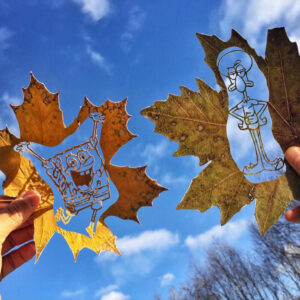 His artworks immediately went viral eventually leading to collaboration with Nickelodeon in 2018 and Disney in 2019.

As part of the collaboration with Nickelodeon, he carved famous characters, such as SpongeBob and Squidward, the main character of the Hey, Arnold! cartoon, and characters from the Rugrats series.

In 2019, Nurtazin had another collaboration, and this time with Disney, for the promotion of the Maleficent sequel and Frozen II cartoons that were later used in the advertising campaign for the films and posted on Disney’s Instagram account.

This type of art helps to attract attention to existing social issues, according to Nurtazin. “I try to raise awareness of social problems in our society such as corruption, infanticide, and domestic violence. Some problems are just hidden from the public and here art steps in. In my opinion, art should motivate people to think. My personal goal in doing this is to deliver the right message to people,” said Nurtazin. 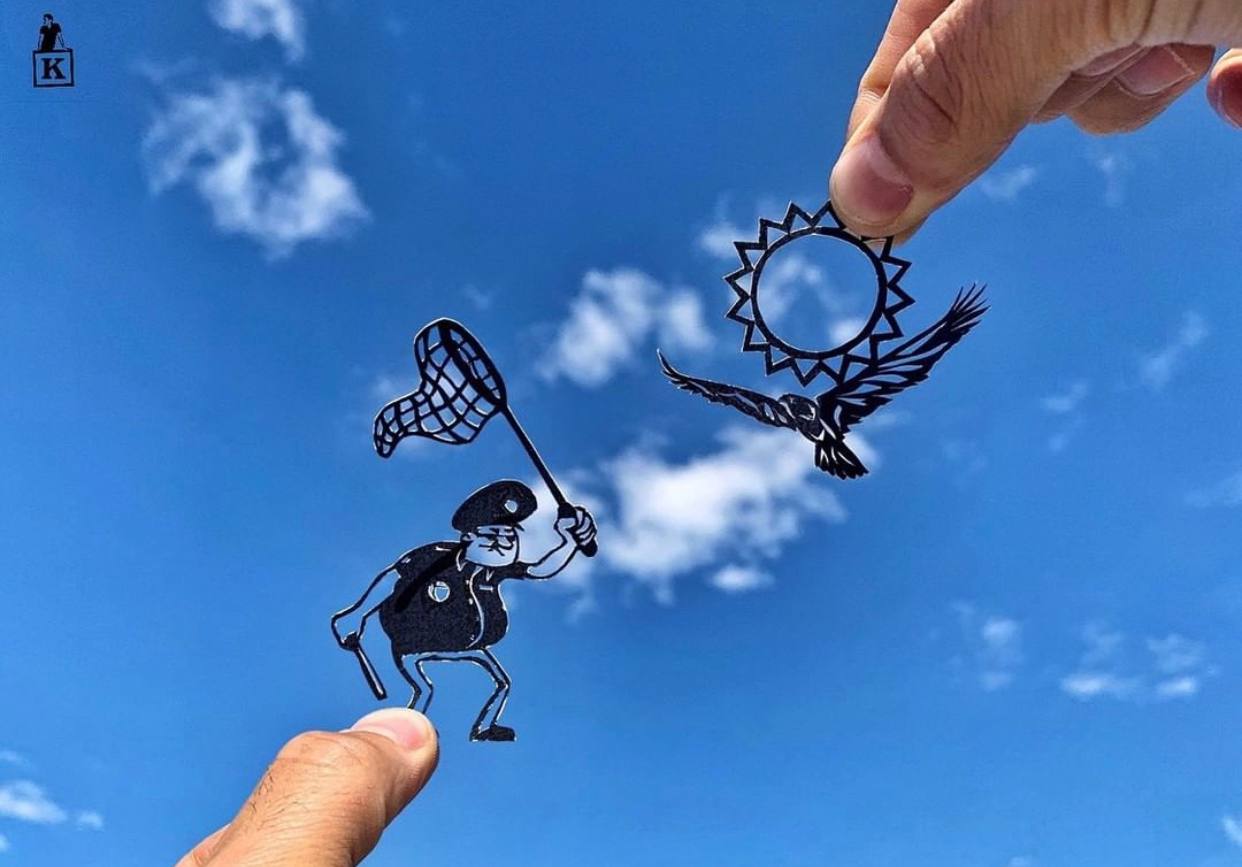 “I am for every murderer, looter, and a corrupt person to receive the punishment they deserve. I am for an impartial and transparent investigation of all cases,” reads the caption. Photo credit: kanat_n Instagram page.

The artist holds charity auctions on his Instagram page with all the proceeds going to public foundations or families in need. He also shared his plans to open an online shop of his works and share the proceeds with various charity funds.

Nurtazin is also working on an eco-project. “I was invited to take part in one eco-project with the UK embassy. They have seen my works and they were looking for someone with a creative vision. So they have chosen me,” he said, promising to share more information as soon as the project is finished.