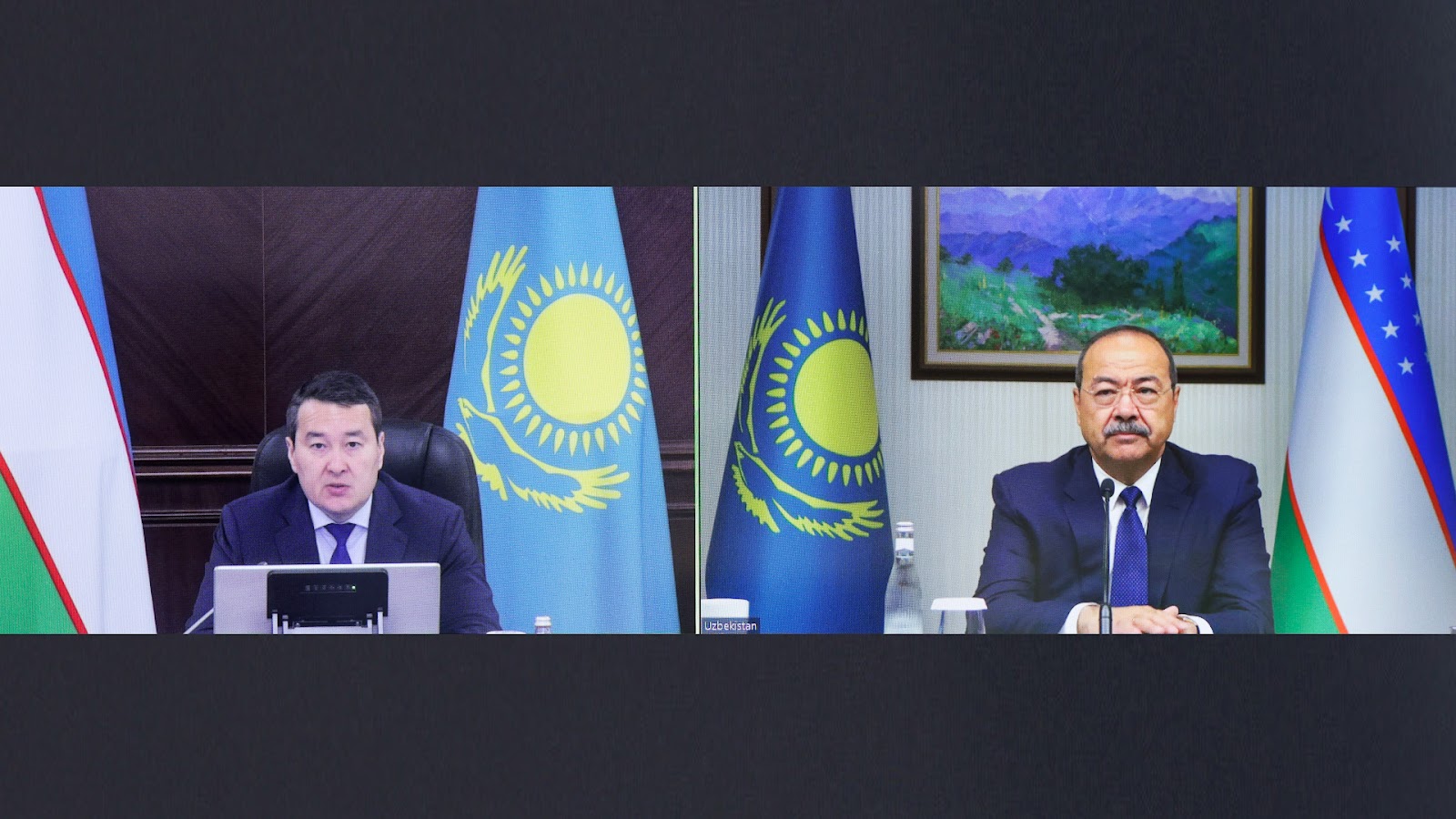 Smailov and Aripov during their online call. Photo credit: primeminister.kz

“Uzbekistan is a brotherly neighboring state, a time-tested friend and a long-term strategic partner for us. Our main goal is to fully implement the tasks set by the heads of our states and bring Kazakh-Uzbek cooperation to a qualitatively new level,” said Smailov.

The two countries set an ambitious goal for themselves to increase the bilateral trade turnover to $10 billion in the next five years and to achieve that goal, they have adopted an action plan consisting of 41 measures.

At the end of 2021, trade between the countries increased by 33 percent reaching $4.3 billion. In the first quarter of 2022, trade turnover exceeded $1 billion, 27.2 percent higher than the same period last year. The two countries are implementing nine major joint projects worth nearly $1.78 billion.

The prime ministers stressed the need to intensify work to remove barriers to mutual trade and prevent the emergence of new ones. Smailov said the government is preparing a draft road map to ensure point-by-point work in this area.

“We will be glad to closely cooperate with Uzbek companies,” Smailov said, noting the interest of Kazakh companies in exporting meat and dairy products, and fish products to Uzbekistan.

The Kazakh government has provided Uzbekistan with a list of 113 Kazakh companies to include in the register of companies who have the right to import agricultural products into the country.

Cooperation in education was also on the meeting agenda with prime ministers discussing the establishment of a partnership between higher educational institutions. The countries are considering the opening of Al-Farabi Kazakh National University, Lev Gumilyov Eurasian National University and Mukhtar Auezov South Kazakhstan University branches in Tashkent.