By Saniya Bulatkulova in Tourism on 10 May 2022

NUR-SULTAN  – The Minister of Culture and Sports Dauren Abayev announced plans to develop new tourist routes in the country following a meeting with representatives of the Kazakh Tourism national company, local tour operators and officials of Almaty and the Almaty Region’s city administration in late April, reported the ministry’s press service. 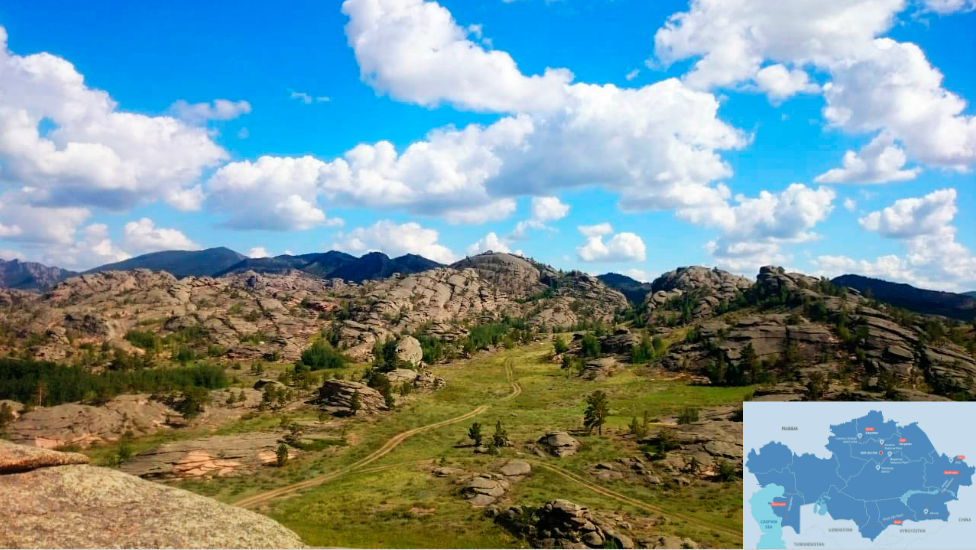 Bayanaul National Park located in the south of the Pavlodar Region. Photo credit: el.kz. Click to see the map in full size

Five scenic routes have been chosen in five regions. The most popular ones are in Almaty: Four Seasons in the South-east and the Great Silk Road in the south, which is also a part of an existing transboundary route which can be started on the border between Kazakhstan and China and continued in Uzbekistan. The Mangystau route in the South-west with its “alien” landscapes begins next, followed by the untouched nature of the Altai’s route in the east. The northern and eastern parts of the Saryarka route, including such pearls as the Burabai National Park, Imantau-Shalkar mountain lake resort, the Bayanaul National Park and Karkaraly district finish off the list.

Abayev said that following international best practices, several tours can be created along the grand route. The ones that are in high demand among tourists will be improved first.

The officials agreed to develop the route system gradually. The first stage includes making the selected routes more comfortable and safe, while the second stage includes developing tourist infrastructure. Following this, tours will be promoted with the support of tour operators who work with domestic and foreign tourists.

It was also reported that NeoNomad action, aimed at drawing up a list of country’s recommended locations for visiting, will be launched this month. According to the main idea of the project, which covers 20 locations in all regions, tourists will be able to take photos at the special photo spots, where breathtaking pictures are guaranteed.