Kazakhstan Pays Tribute to Victims of Political Repressions and Famine

NUR-SULTAN – Kazakh President Kassym-Jomat Tokayev took part in the wreath-laying ceremony at the monumental complex on the Day of Remembrance of Victims of Political Repressions and Famine on May 31, reported Akorda Press. 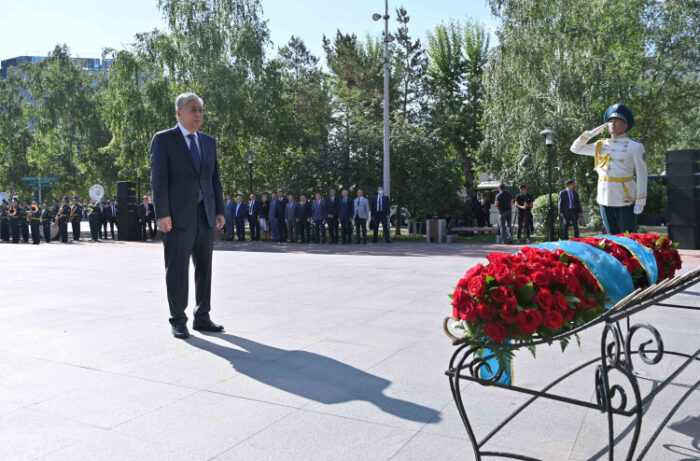 President Kassym-Jomat Tokayev took part in the wreath-laying ceremony at the monumental complex on the Day of Remembrance of Victims of Political Repressions and Famine on May 31 in the capital. Photo credit: Akorda.

In the Soviet period, some 100,000 people were unjustly convicted from 1921 to 1954 in Kazakhstan and a quarter of them received death sentences.

The President honored the memory of those who lost their lives with a minute of silence. Families and relatives and friends of the victims attended the ceremony.

The head of state also visited the Khazret Sultan Mosque to participate in a service in memory of the victims of repression and famine.

The state commission for the political rehabilitation of victims of repression began its work in November 2020. The group includes 316 expert scientists and 261 of them have access to work in archives.

The commission has been conducting a large-scale scientific project to study Kazakh history in the 1920-50s of the 20th century, to restore the chronicle of tragic events and the history of the Kazakh people who suffered during the years of totalitarian rule.

The experts will also be engaged in methodological and consulting activities. An open digital database of repressed people and the publication of scientific collections will continue.