By Staff Report in International on 30 May 2022

NUR-SULTAN – Kazakhstan’s peacekeeping activities seek to assist the international community in preventing armed conflicts. To honor the contribution of the men and women serving under its flag, the International Day of United Nations Peacekeepers has been celebrated on May 29 since 2002 worldwide. 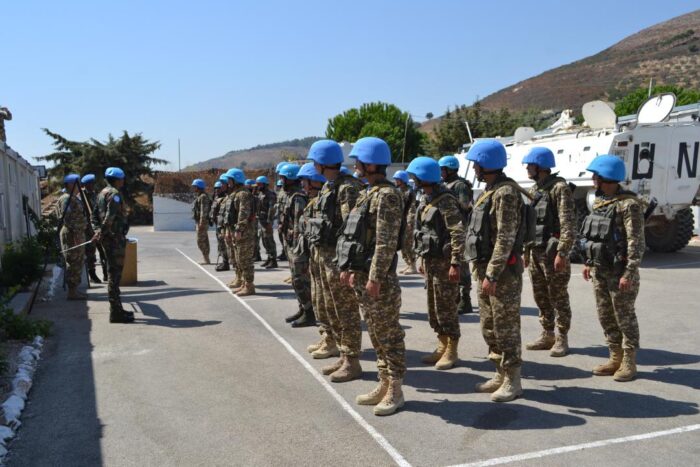 In Kazakhstan, this date was first celebrated in 2019.

The Kazakh military personnel’s participation in missions under the auspices of the United Nations affirms the peaceful foreign policy of the country, reported the press service of the Ministry of Defense.

The Kazakh peacekeeping battalion was established by the Decree of the President in 2000. After their training, Kazbat military personnel began a peacekeeping mission in Iraq in 2003.

The Kazakh officers have served in missions in Western Sahara and Côte d’Ivoire as staff officers and military observers since 2014.

The Kazakh contingent and staff officers have also been sent to the UN Interim Force in Lebanon (UNIFIL) mission to ensure the implementation of the mandate in 2018. During this time, more than 500 officers participated in six rotations. The Ministry of Defense has been working to expand the scope of the presence of Kazakh military personnel in UN peacekeeping operations under direct instructions from the head of the state, President Tokayev. Kazakhstan has prepared special units of sappers, military doctors, intelligence and military police, which are always in high demand during peacekeeping missions.