NUR-SULTAN – Kazakhstan and Turkey are ready to advance their cooperation to a strategic partnership, President Kassym-Jomart Tokayev and Turkish President Recep Tayyip Erdoğan told a press conference following their meeting in Ankara on May 10, reports the presidential press service. 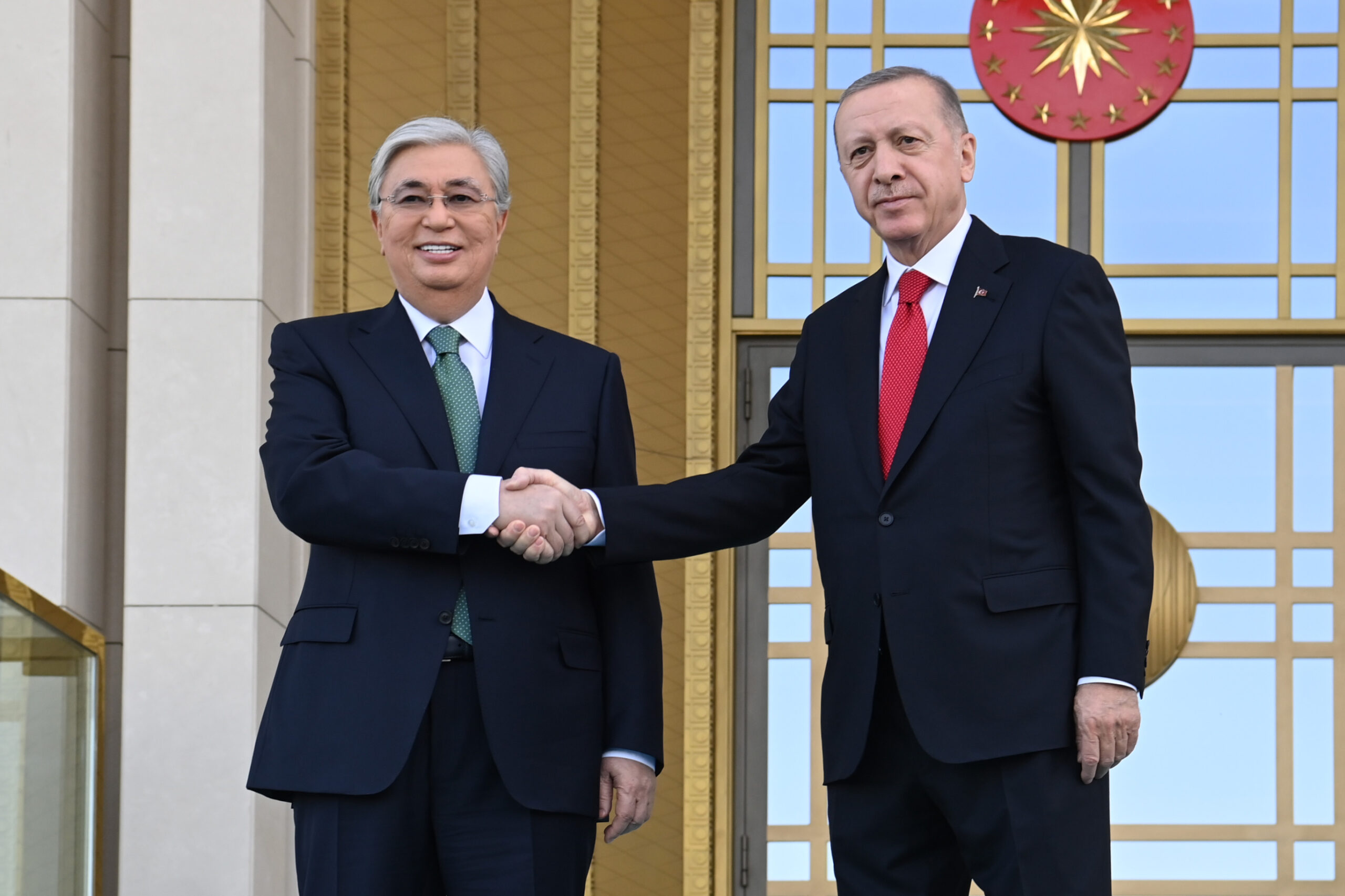 “Today we had extensive talks on the most important issues. President Erdoğan is a wise and respected politician, so his opinion is very important. Kazakhstan will always remember that Turkey was the first to recognize our independence. Kazakhstan and Turkey are brotherly, friendly countries with common historical roots,” said Tokayev emphasizing the 30 years of diplomatic relations.

President Tokayev’s visit to Turkey, the first since he assumed presidential office in 2019, is expected to open up opportunities to strengthen cooperation in political, trade and economic, investment, cultural and humanitarian, military, and technical spheres.

Speaking at the press briefing, Erdoğan said Kazakhstan and Turkey seek to bring their bilateral trade volume up to US$10 billion. The two countries traded US$5.3 billion in 2021, 58 percent more than the previous year.

“Now, hopefully, we will reach the target of $10 billion just as quickly with the steps we take together,” he added.

Turkey is one of the largest investors in Kazakhstan with more than $4.2 billion invested over the past 16 years. Nearly 4,000 companies with Turkish capital work in Kazakhstan, including Yildirim Group, Tiryaki Holding and TAV Havalimanlari Holding which bought the airport in Kazakhstan’s largest city Almaty in 2020.

Despite the adverse impact of the pandemic on global economies, 2021 witnessed a record high US$680 million in FDI from Turkey.

Investors from Turkey are keen on expanding their presence in Kazakhstan, Central Asia’s largest economy. A similar mentality and a high level of mutual trust are among the key factors driving business growth between Kazakhstan and Turkey, according to Tokayev.

On the second day of his visit, Tokayev met with top executives in Turkey’s leading companies to discuss the projects being implemented in Kazakhstan, and proposals for future projects. He outlined manufacturing, agriculture, health care, and tourism as priority sectors for Kazakhstan.

“As president, my focus is on continuous improvement. This work is very important for us. Turkish businesspeople have great prospects in Kazakhstan and there is no doubt about it,” he told the meeting.

Tokayev assured the Turkish business community that the reforms undertaken by Kazakhstan, what he described as a “qualitative modernization of the economy,” will have a positive impact on businesses and encouraged not only large Turkish companies but also small and medium-sized businesses to invest in Kazakhstan.

According to Tokayev, Kazakhstan and Turkey can also benefit from cooperation along the Trans-Caspian international transport route that starts from Southeast Asia and China, runs through Kazakhstan, the Caspian sea, Azerbaijan, Georgia, and further to European countries. He said it becomes increasingly important given the sweeping changes in the geopolitical situation in the region.

“After the Kuryk seaport joined the Trans-Caspian corridor, cargo transportation time from Khorgos to Istanbul decreased fivefold. Cargo, which used to take 60 days, now arrives in just 13 days. We started diversifying oil export routes to China and Europe, including the use of Turkish transport corridors. Work has begun to increase the capacity of oil pipelines and upgrade the Aktau and Kuryk seaports,” said the President.

The two leaders stressed the importance of partnership in a multilateral context. Tokayev spoke about the Organization of Turkic States which became a full-fledged organization last year.

“It is our common achievement. It is important for us to continue to work within the framework of this organization,” said Tokayev.

Erdoğan agreed with his Kazakh counterpart on the importance of strengthening bilateral ties in multilateral institutions, including the United Nations and the Organization of Islamic Cooperation.

“I would like to note that we are very interested in the stability and peace of our Kazakh brothers and sisters. We will work together in trade, economic, cultural and security areas. We have agreed to continue to strengthen our bilateral relations and interaction in multilateral institutions,” said the Turkish President.