NUR-SULTAN – Kazakhstan and Finland plan to expand trade and investment relations as the two countries mark the 30th anniversary of diplomatic relations, the Kazakh and Finnish diplomats announced during their meeting in Nur-Sultan on May 13. 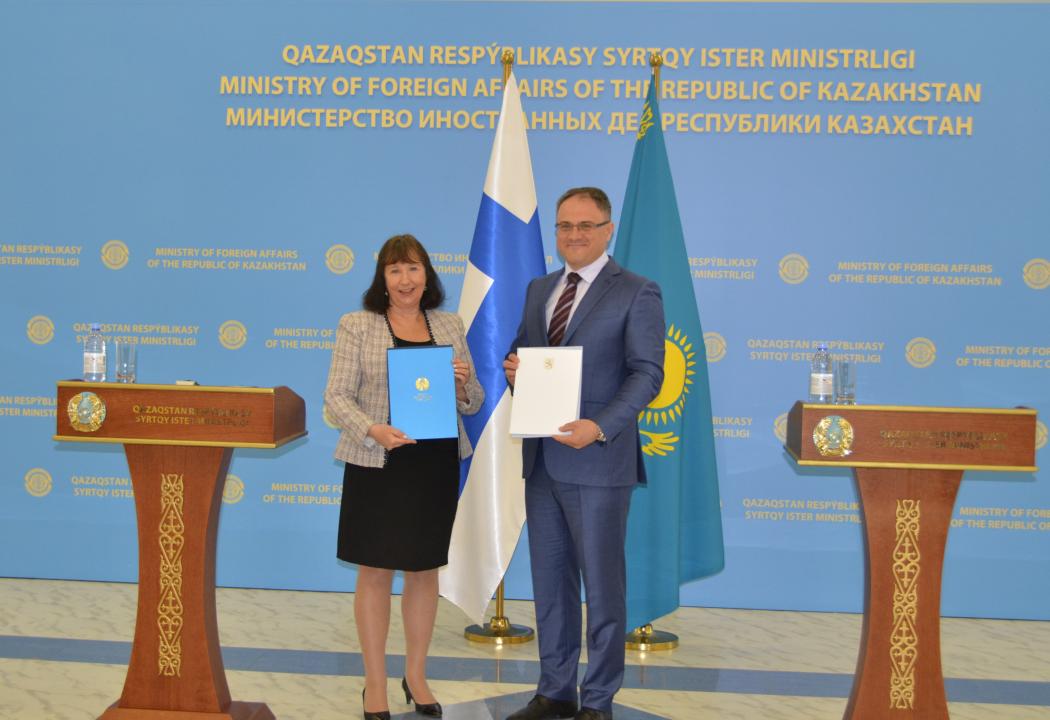 Bilateral cooperation in politics, trade, establishment of economic, cultural and humanitarian ties between the two countries over the past 30 years has led to “rather exceptional” achievements, said Kazakh Deputy Minister of Foreign Affairs Roman Vassilenko.

Finland has been Kazakhstan’s main trading partner among the Nordic countries. Last year’s trade turnover between the two countries exceeded $US300 million.

There are 45 Finnish companies operating in Kazakhstan in the digital technology, energy, transport, agriculture, and education sectors. Among them are the Nokia communication company, Metso engineering company, Wartsila technology company for the marine and energy markets, Vaisala, Kone, Honka, Tikkurila, Reka, Lindstrom, and Onninen, among others.

Finland also ranks second after Sweden among the countries of the Scandinavian region by the volume of investment in the Kazakh economy. According to Vassilenko, $379.6 million was invested in Kazakhstan over the past 16 years.

“We are interested in further strengthening our trade, economic, and investment ties,” he said.

The Kazakh-Finnish Intergovernmental Commission for Trade and Economic Cooperation, an institution established in 1993, played an important role in providing the foundation for bilateral cooperation in trade. Its main focus is on economic relations encouraging more business opportunities between two countries. The next meeting is expected to be held in the fall of 2022.

According to Vassilenko, there is a great potential for cooperation with Finland in green projects as well. “Our country’s economic growth is going to become increasingly green, and we are committed to the protection of the environment,” he said.

Soili Mäkeläinen-Buhanist, Finnish Ambassador to Kazakhstan, in turn, said that Finland has “a huge experience with green technology and has a lot to share.” Finland is committed to becoming carbon neutral by 2035, she said.

Speaking about the plans to implement the green projects, she said that some Finnish companies are already interested in the Kazakh market.

“There are many Finnish companies offering technologies to reduce emissions from factories,” she said. “Our industry is already very energy efficient and innovative about finding new ways to use products without wasting any water and energy resources.”.

The Finnish education system is another point of interest for Kazakhstan, said Vassilenko. The University of Helsinki was included in the list of recommended universities under the Bolashak presidential scholarship program for 2021-2023. Around 40 specialists have studied under the program in Finland so far.

More than 1,000 Kazakh healthcare professionals completed the training organized by the JAMK University of Applied Sciences, which has been a strategic partner of Kazakhstan since 2013.