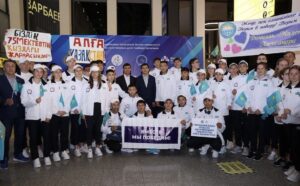 The ISF Gymnasiade, an international multi-sport and educational event for 16-18-year-olds, celebrated its 19th edition in Normandy, France from May 14 to May 22, 2022.

Kazakhstan, whose team participated in the ISF Gymnasiade for the first time, has demonstrated a high result, competing with 3,500 participants from 63 countries in 20 sports. According to the standings, Kazakhstan came in third in terms of the number of gold medals and silver medals, and fifth – in terms of bronze medals. The leadership of the national team also filed an appeal for the award of two more gold medals.

The first two places in gold medals went respectively to France and Brazil.

The minister congratulated Kazakh students on their victories on the international stage.

“Of course, the prizes are the result of your preparation, perseverance, work, discipline and aspirations. We saw you off at the airport with high hopes, and you managed to justify them. I thank your teachers, coaches and parents. The Ministry of Education and Science will continue to work on the development of both intellectual and sports olympiads among schoolchildren,” he said. 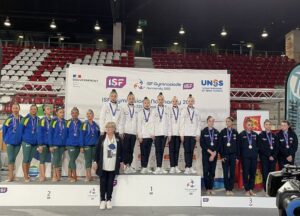 The gymnasiade, which was founded in 1974, is a unique opportunity for participants to build a pathway in their sports career by experiencing a worldwide high-level multi-sport event, organized in cooperation with the most renowned international sports federations.