NUR-SULTAN  – Kazakh capital Nur-Sultan hosted a Kui (traditional Kazakh composition) fair near the monument to famous Kazakh composer Dina Nurpeisova for the first time to instill a love and a sense of patriotism in folk art in the younger generation, reports the Kazakh capital’s akimat (city administration) on May 23. 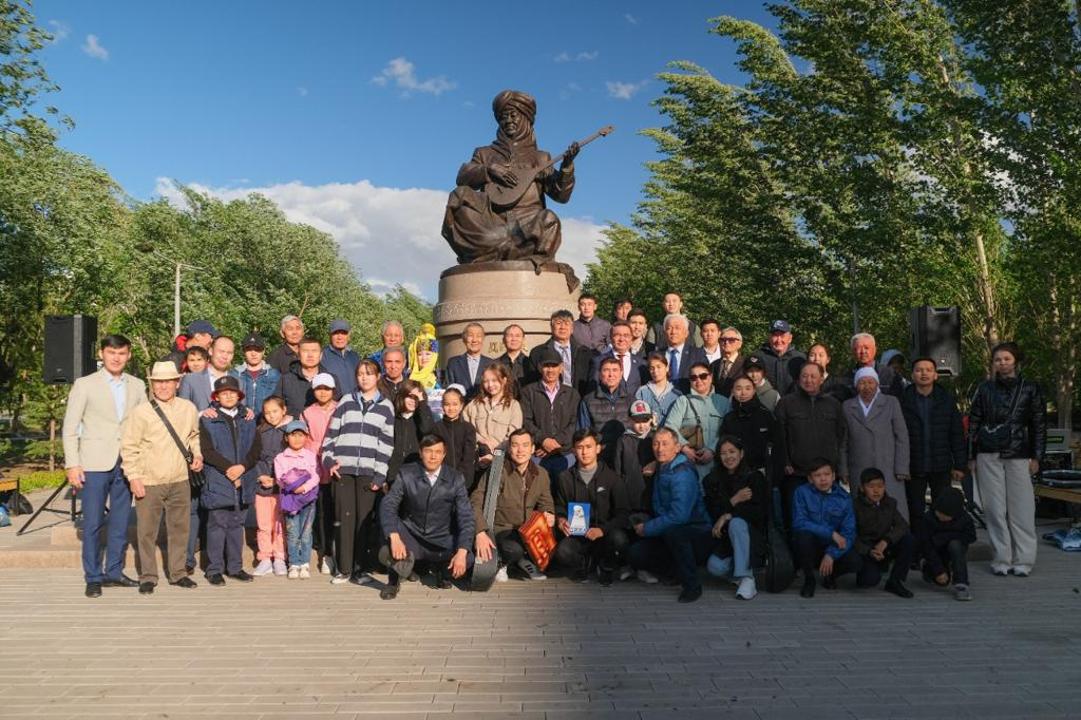 Nurpeisova (1861 – 1955) who had lived through several historical epochs was one of the most well-known and admired Kazakh kuishis (composer) due to her virtuosity and talent. She trained her skills in playing the dombra, a Kazakh long-necked musical string instrument, under the guidance of Kurmangazy, who is considered to be a genius musician and composer. In 2021 Kazakhstan widely celebrated her 160th anniversary, and it was then that the monument which became a point of attraction both for the connoisseurs of Kazakh folk music and the general public was unveiled.

Approximately 100 schoolchildren, students, public figures, and artists performed compositions authored by Nurpeisova and other prominent Kazakh composers. The most talented ones received special gifts for performing the Dombra Kui, which has been included in the United Nations Educational, Scientific and Cultural Organisation’s (UNESCO) Representative List of the Intangible Cultural Heritage (ICH) of Humanity since 2014.

“We decided to regularly organize a fair of kuis. If people gather here every month and listen to the kui, it will be such a joy and happiness for us. People who want to come and see can enjoy the art for free. We are always open for fans of national art,” said Kui Anasy National Fund Director Tolegen Kuanyshev.

During the event, artists and public figures laid flowers at the Nurpeisova monument, which was opened on July 3 last year on the eve of the National Day of Dombra.