By Saniya Bulatkulova in Society on 1 May 2022

NUR-SULTAN  – A touring exhibition dedicated to the 100th anniversary of Kazakh-Soviet female pilot Khiuaz Dospanova opened on the eve of the 77th anniversary of the Soviet Union’s victory in World War II in the capital, reported Kazakh Ministry of Defense on April 27. 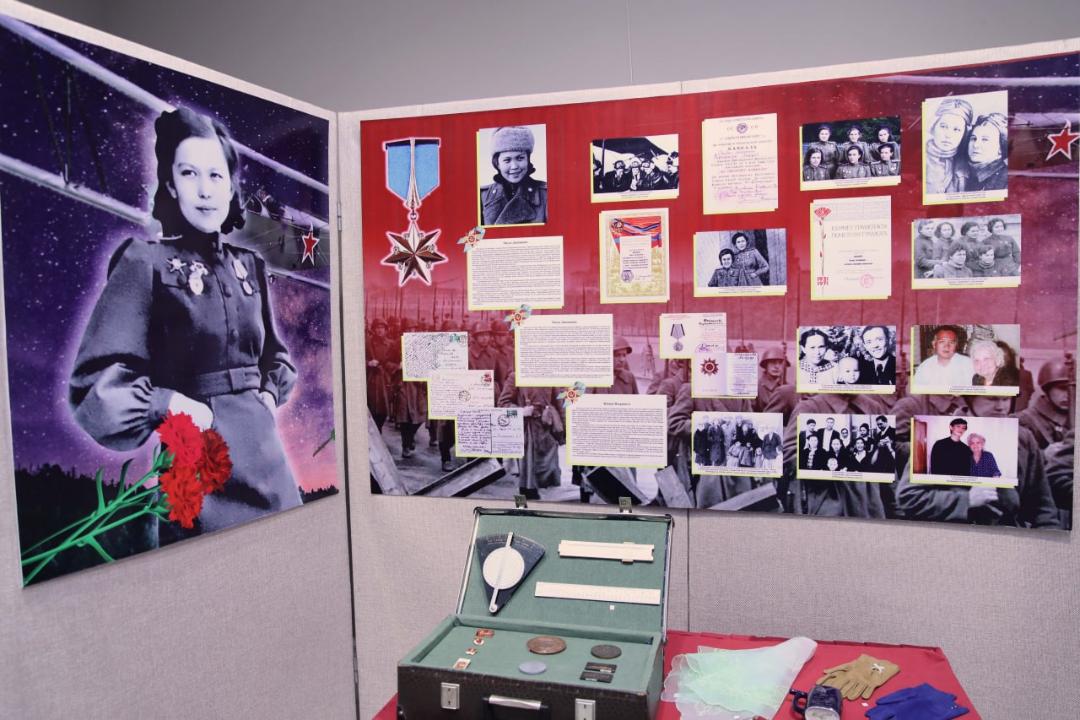 Being a 20-year-old young girl, Dospanova was appointed as a navigating officer in the 46th Taman Guards Night Bomber Aviation Regiment consisting of all-female military aviators. The pilots were tasked to bomb military equipment and the manpower of the enemy at night, therefore German soldiers named them “Night Witches.”

“Khiuaz Dospanova is an example of patriotism and love for the motherland. I chose the profession of military pilot inspired by the courage and fearlessness of our compatriot,” said the only Kazakh female fighter pilot Ardana Botai during the opening of the exhibition.

Some personal items, archive photographs, documents of Dospanova, as well as belongings of Heroes of the Soviet Union Aliya Moldagulova, Manshuk Mametova and other participants of World War II are presented at the exhibition.

It was also reported that the delegation of the Russian Historical Society handed over the unique archive documents on Kazakh soldiers’ (including Hero of the Soviet Union and People’s Hero of Kazakhstan Baurzhan Momyshuly) participation in the Battle of Moscow to the State Military History Museum during April 23 meeting of delegation with Kazakh Deputy Minister of Defense Sultan Kamaletdinov in Kazakh capital. 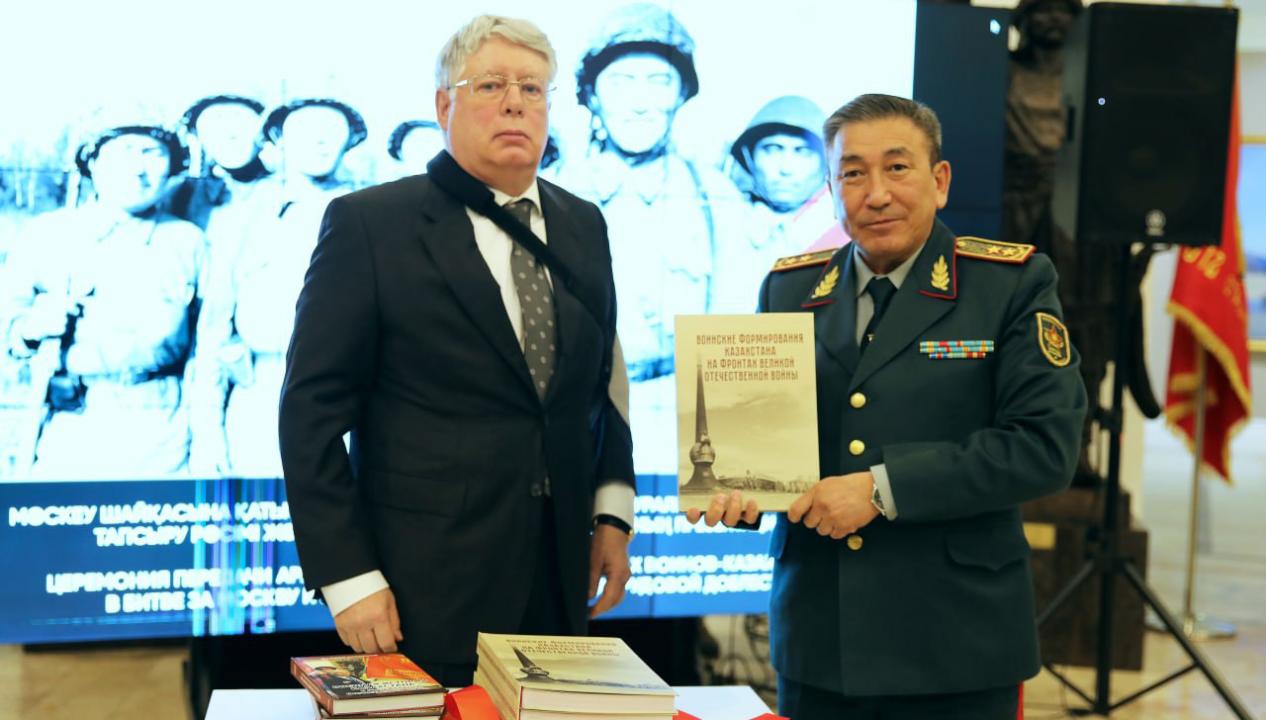 During the meeting, representatives of the Russian Historical Society proposed to grant the title of City of Labor Valor to some cities of Kazakhstan, which made an invaluable contribution to the victory in the Great Patriotic War. Nur-Sultan, Almaty, Shymkent, Aktobe, Karagandy, Kostanai, Petropavlosk, Semey, Taraz, Uralsk and Ust-Kamenogorsk were listed among those cities.

Kamaletdinov noted that “Kazakhstan became a “front-line arsenal” during the war as it supplied the main base of the defense industry with fuel, mined coal and non-ferrous metals.” “The country became a raw material and food base and hosted 220 evacuated factories,” he added.

Kazakhstan produced 35 percent of copper, 83 percent of lead, 60 percent of molybdenum, 65 percent of bismuth, while the Karagandy region supplied the Soviet Union with 35 million tons of coal during the war.

The country’s homefront workers produced more than five million tons of bread and more than 700,000 tons of meat in four war years, while approximately 500 Kazakh people were awarded the title of Hero of the Soviet Union for their feats.

This year, overall 50 events are scheduled to take place across the country to mark Defender of the Fatherland Day on May 7 and Victory Day on May 9.