World Bank Projects Europe and Central Asian Economies to Shrink by 4.1 percent in 2022

NUR-SULTAN – The economies of Europe and Central Asia are reeling from the consequences of the war in Ukraine and the sanctions on Russia and their economies are projected to shrink by 4.1 percent in 2022, says the World Bank’s latest Economic Update for the region released on April 10. 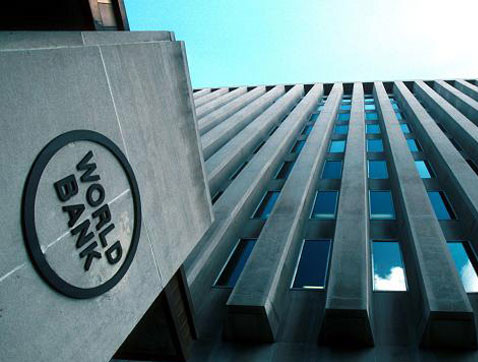 The economic shocks are coupled with the impacts of the ongoing COVID-19 pandemic. The previous forecast was a three percent growth.

Kazakhstan, which had a four percent economic growth in 2021, is now likely to reduce growth to 1.5 percent in 2022.

“This figure follows 4 percent growth in 2021, driven by a rebounding economy, consumption growth, and supportive fiscal policy. Higher food and energy prices have accelerated inflation. The poverty rate is expected to fall in 2022 but remain above pre-pandemic levels. Inflation will also remain elevated due to supply disruptions arising from the war in Ukraine,” written in the report.

During the government meeting on Tuesday, Minister of National Economy Alibek Kuantyrov said the country’s economic growth accelerated to 4.4 percent between January and March driven by a growth in the real sector, exports and in the service sector.

The Russian economy, which has already plunged into a deep recession with output projected to contract by 11.2 percent in 2022, is closely tied to the economy of Kazakhstan. Russia is also one of the key trade and investment partners of Kazakhstan and the impacts of Russia’s economic problems cannot be overestimated, including several disrupted supply chains.

The outlook also remains grim due to the closure of Kazakhstan’s key oil pipeline in March that delivers its oil to world markets through Russia and which accounts for nearly 80 percent of Kazakhstan’s oil exports.

The World Bank predicts a fall of oil export volumes by around 5-6 percent in 2022.

According to the World Bank, Kazakhstan needs to accelerate its reforms in order to “achieve sustainable growth and shared national prosperity.”

“In that regard, the authorities plan to take a stronger stand against corruption and improve the rule of law, having announced steps to increase competition and the quality of human capital, and address government inefficiency,” said the report referring to President Kassym-Jomart Tokayev’s announced reforms during his state-of-the-nation address on March 16.