US Ready to Partner With Kazakh Government on Implementation of Political Reforms, Senior Diplomat Says on Visit to Kazakhstan 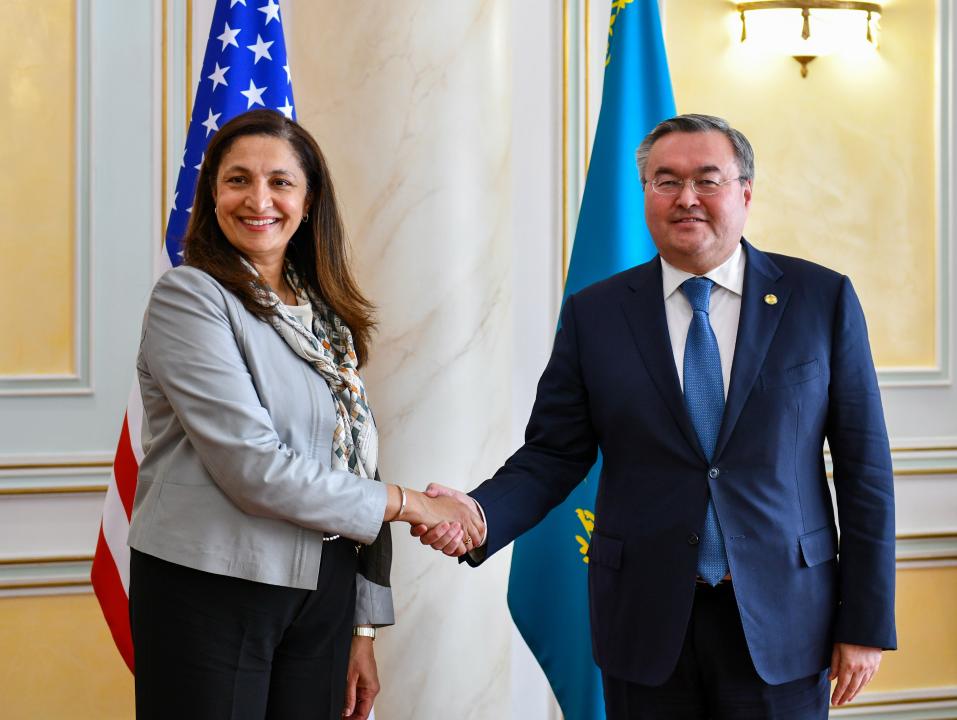 During her visit to Kazakhstan, the sides discussed a wide range of issues, including the aftermath of the January unrest, combating human trafficking, empowerment of women, the rights of people with disabilities, and cooperation in security, law enforcement and anti-corruption.

Zeya said that the U.S. government welcomed  President Kassym-Jomart Tokayev’s political reforms that he announced during his address to the nation on March 16, including those designed to strengthen the legislative branch of authority and political parties, and enhance the electoral system to promote political competition and transparency.

“We look forward to tangible progress and full implementation of these reforms, which would significantly advance Kazakhstan’s stability and future development,” said Zeya.

She added that the U.S. encourages the initiatives on ending torture in Kazakhstan’s jails and prisons, empowering the Parliament, enhancing the independence of the judiciary, and addressing the problem of domestic violence.

“The United States stands ready to partner with Kazakhstan on the full implementation of these and other reforms,” she said.

Answering questions from the media, Zeya touched upon the impact of sanctions against Russia on Kazakhstan’s economy. According to her, the sanctions are specifically designed to minimize negative impacts on allies and partners, including Kazakhstan.

“The United States government has also taken many steps such as issuing licenses to help minimize the impact of these sanctions on the U.S. and partner economies,” she added.

Regarding the Kazakh government’s response to the January unrest and allegations of excessive use of force by the authorities, Zeya said that, “We are encouraging a transparent response on the part of the government and one that results in full accountability,” adding that the U.S. is ready to partner with Kazakhstan in supporting the advancements of human rights.

Zeya added that the United States also looks forward to working with Kazakhstan during its second term on the UN Human Rights Council. “It’s more important than ever that the council fulfills its mandate to promote respect for human rights and fundamental freedoms, and that it is willing to shine a spotlight on countries and issues of concern,” she said.