By Saniya Bulatkulova in Society on 5 April 2022

NUR-SULTAN  – The United Nations Children’s Fund (UNICEF) opened the Heroes of Children photo exhibition on April 1 in the Kazakh capital Nur-Sultan to mark the Year of Children in Kazakhstan and to celebrate 75 years of UNICEF work worldwide, reports the UNICEF office in Kazakhstan. The exhibition will last through April 14 in the capital’s Mega Silk Way mall. 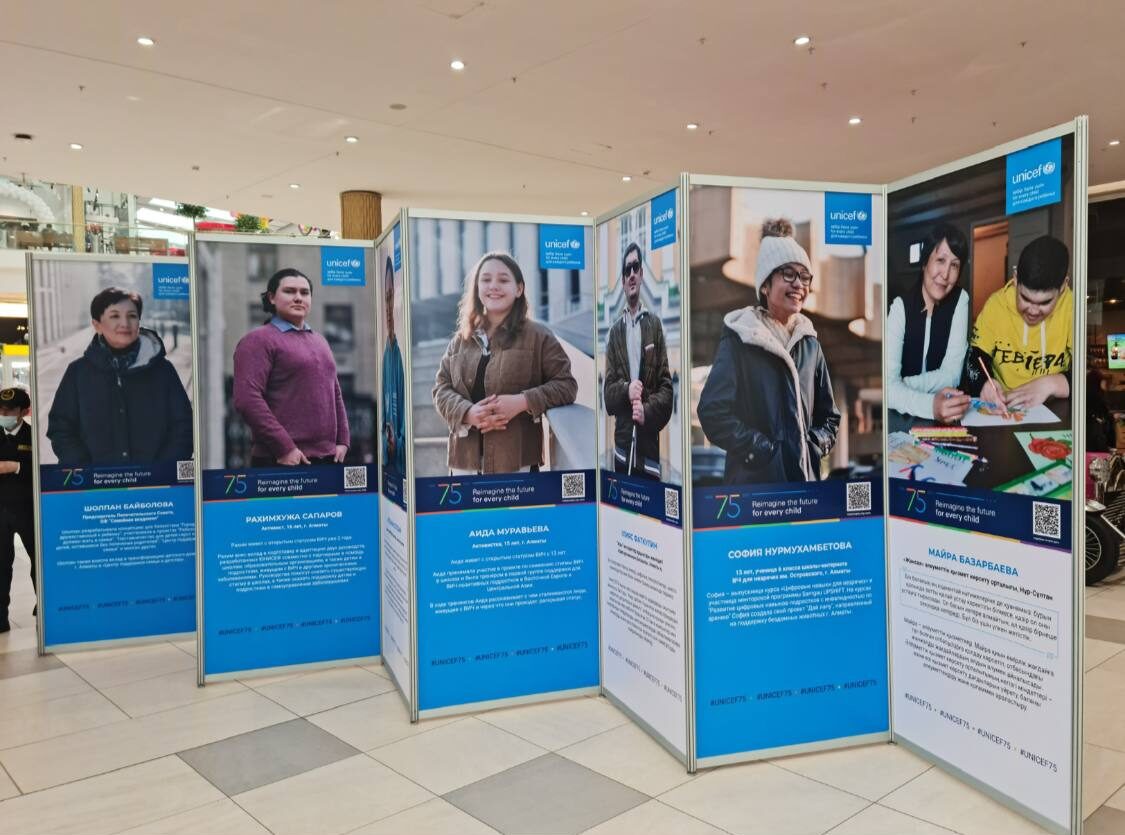 The exhibition displays portraits and stories of 30 people who made a significant contribution to children’s rights protection. Photo credit: press service of UNICEF in Kazakhstan.

The exhibition, curated by well-known Kazakh photographer Ospan Ali, displays portraits and stories of 30 people who contributed tirelessly to the efforts of UNICEF in protecting, promoting, and respecting children’s rights in Kazakhstan. 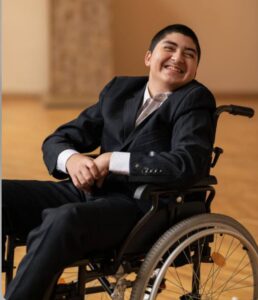 Eldar Grebnev, creator of a scooter for people with disabilities. Photo credit: press service of UNICEF in Kazakhstan

Teachers, doctors, scientists, volunteers, civil activists, and young people are among those 30 heroes who relentlessly worked to provide all children in the country with equal rights and carefree happy childhood.

One of the heroes being honored is Eldar Grebnev, who has designed an electric scooter for people who need wheelchairs to move around, while another hero is a talented teenager and Almaty native Daniil Kim, who has created an air purifier.

The exhibition also includes a portrait of Leyla Mardenova, a math and computer science teacher from Almaty who launched her first nanosatellite into the stratosphere along with other UniSat project participants last year.

Ospan Ali said he was pleased to have a chance to work with UNICEF. 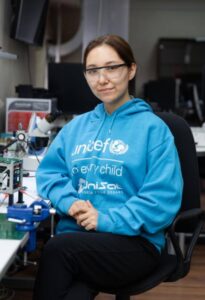 “It was especially important for me to try to tell everyone about the contribution of heroes through their portraits. It was extremely interesting to work with young people and see their projects and their burning eyes. Despite their age, these young people have already become role models for their peers,” Ali said. He noted that participation in UNICEF’s projects offers great opportunities for the heroes.

“The story of UNICEF that has been lasting for 75 years is a story of continuous changes for children, inspired by people standing together to protect them. Through this exhibition, we would like to thank all our partners, supporters, and employees for making our story possible,” said UNICEF Representative in Kazakhstan Arthur van Diesen.

Earlier in January of 2022, Kazakh President Kassym-Jomart Tokayev declared that this would be the Year of Children in his New Year’s address. It means that the government will prioritize children’s well-being, social protection, as well as their intellectual and physical development this year.