By Saniya Bulatkulova in Central Asia on 17 April 2022

NUR-SULTAN  – The United Nations Educational, Scientific and Cultural Organization (UNESCO) Cluster Office in Almaty has launched a daily rubric, publishing 52 illustrations of cultural and natural heritage sites located in Central Asia on Facebook and Instagram under the #SilkRoadToons hashtag since mid-March, reported the office’s press service. 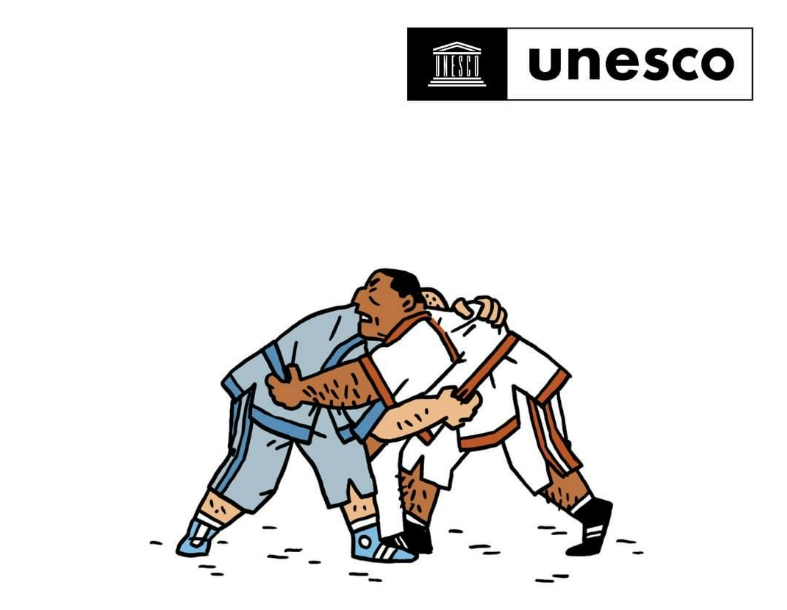 Kuresi (wrestling) is included in the Representative List of the Intangible Cultural Heritage of Humanity. Photo credit: UNESCO Cluster Office in Almaty

Some biosphere reserves included in the UNESCO’s Man and Biosphere (MAB) Program, geoparks listed in the Global Geoparks Network and intangible cultural heritage of Kazakhstan, Kyrgyzstan, Tajikistan and Uzbekistan are among those illustrations created by French artist and cartoonist Nicolas Journoud.

As for Kazakhstan’s cultural heritage, Almaty Biosphere Reserve, West Altai Biosphere Reserve, Naurzum State Nature Reserve, Korgalzhyn State Nature Reserve, the Mausoleum of Khoja Ahmed Yasawi and petroglyphs of Tanbaly archaeological landscape have been illustrated so far as well as the art of performing the traditional Kazakh dombra kui (traditional musical composition), Kazaksha kures (wrestling) and the traditional Kazakh game asyk atu (Kazakh national game which means to beat out with one’s own asyk (a bone of a knee sheep joint) or several asyks at a certain distance, which then become the property of a player). 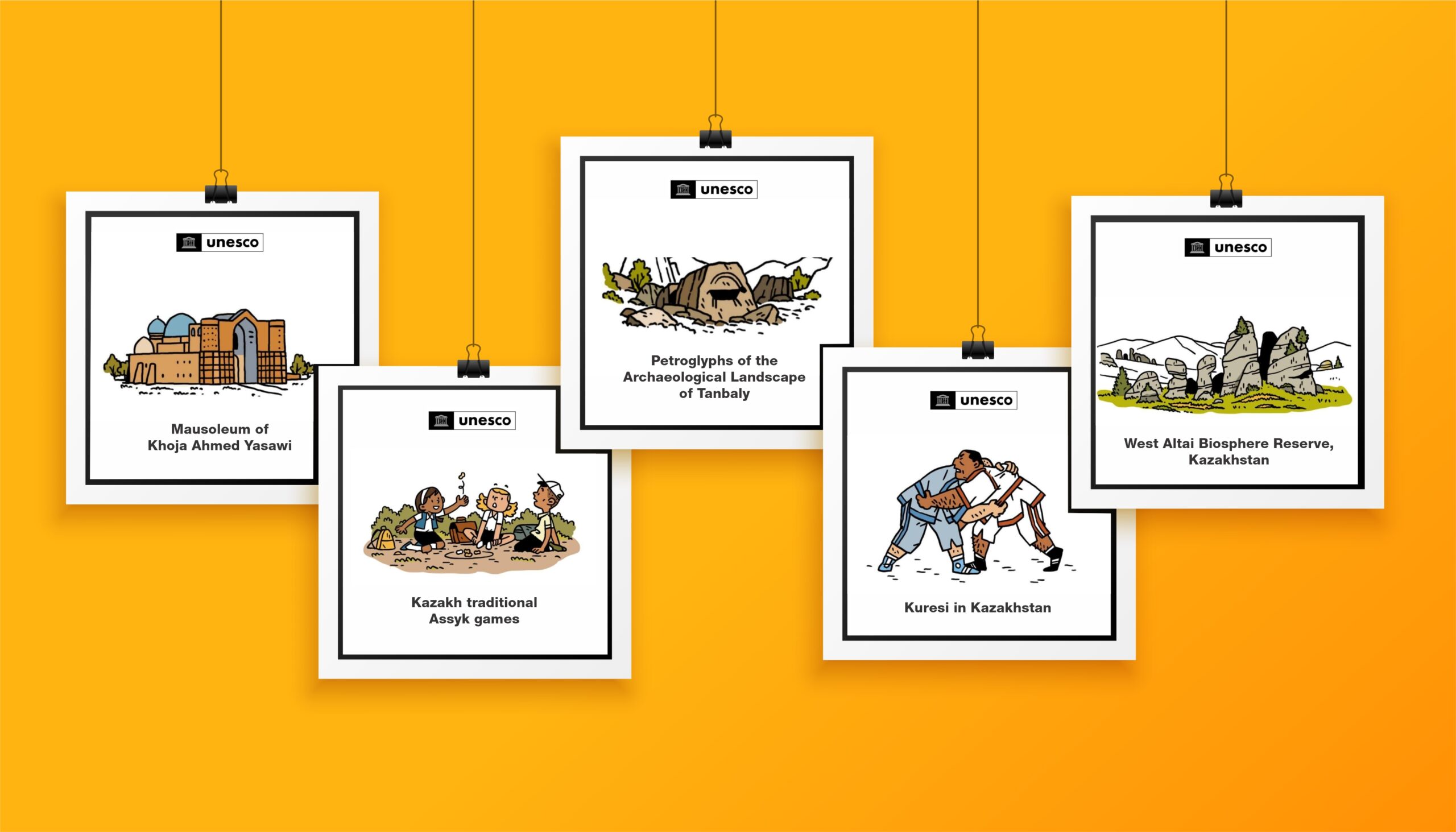 The project was implemented to raise awareness about the UNESCO-designated sites in Central Asian countries, to promote sustainable tourism and increase appreciation for the culture and history of the region.

All illustrations on the intangible cultural heritage of Central Asia are expected to be published soon in handbooks for the youth and methodological toolkits for teachers.