By Zhanna Shayakhmetova in International on 6 April 2022

NUR-SULTAN – Judy Kuo, Chargé d’affaires at the U.S. Embassy Nur-Sultan, spoke about the U.S.-Kazakhstan strategic partnership, trade relations and environmental cooperation in a recent interview with The Astana Times. 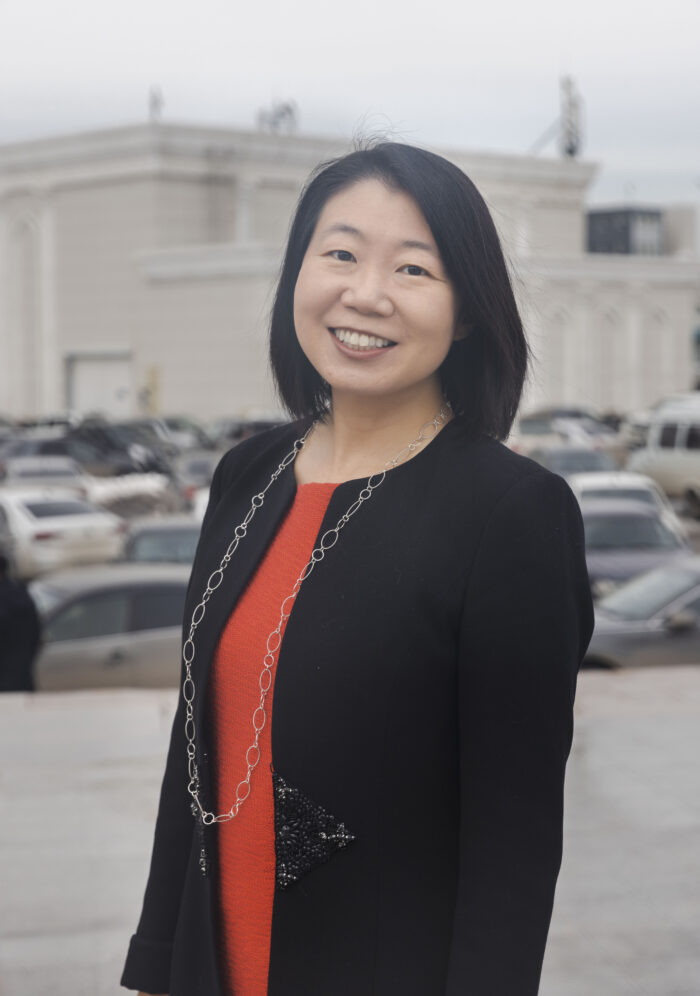 On behalf of the U.S. Mission, Kuo congratulated all Muslims in Kazakhstan and wished them a safe and healthy Ramadan.

“During this holy month of fasting and spiritual purity, I hope to see increased peace, tolerance, and respect all around the world. I believe that the special spiritual atmosphere during Ramadan can help lead us in doing good deeds and open our hearts to one another.  Қасиетті Рамазан айы құтты болсын!”

Following is a Q&A with Madame Kuo.

As the first country to recognize Kazakhstan’s independence, the United States has continuously supported the independence, sovereignty, and territorial integrity of Kazakhstan, as we do throughout this region. Our 30-year partnership is built upon a commitment to security, development, prosperity, and fundamental freedoms in Central Asia, and we look forward to strengthening our economic, security, and people-to-people ties in the years to come.

One of the strongest components of our partnership in the early years of our relationship stemmed from Kazakhstan’s commitment to nuclear non-proliferation and our cooperation in closing the Semipalatinsk test site. Kazakhstan remains a valued partner and global leader on nonproliferation and security.

American businesses were among the first to invest in Kazakhstan, and we are very proud of the enormous, and mutual, economic and social benefits that have resulted from these companies’ partnerships with Kazakhstan. While U.S. investments meaningfully contribute to Kazakhstan’s economic prosperity – for example, recent investments by Tysons, Valmont and others have helped to diversify the economy – we are especially proud of the way our companies invest in Kazakh communities, workers and managers, and focus on employee safety. We look forward to our continued cooperation with Kazakhstan to attract more investment from the United States, to deepen and expand trade between our countries, and to support Kazakhstan’s efforts to further develop its economy.

Our relationship has reached a new level, and we have achieved a lot together. The C5+1 format, the Open Skies agreement, 10-year-visas, exchange programs – these are just some of the examples of our fruitful cooperation. The United States will continue to partner with Kazakhstan on new undertakings, including UN peacekeeping and combating climate change. All of these things have brought our countries closer together and helped us achieve our mutual goals.

Kazakhstan went through a major shock last January. In what many see as a response to the tragic events and its lessons, on March 16 President Tokayev proposed a number of political reforms. What is your initial view on them?

– We join the people of Kazakhstan in mourning the loss of life in early January. We look forward to working with Kazakhstani partners to continue to support President Tokayev’s reform agenda, including the new reforms he announced on March 16. If fully implemented, they will be a major step towards a more just and inclusive Kazakhstan for all of its citizens.

How is economic cooperation developing between the two countries? Can the sanctions imposed on Russia affect the trade relations between the U.S. and Kazakhstan?

The United States is committed to supporting Kazakhstan’s efforts to diversify its economy and increase foreign investment in a wider range of industries. The United States formally engages on economic issues with Kazakhstan through regular Trade and Investment Framework Agreement (TIFA) meetings and the Enhanced Strategic Partnership Dialogue (ESPD).

American companies have been present in Kazakhstan since the early days of the country’s independence. Beyond hydrocarbons, there are opportunities for U.S. companies in Kazakhstan’s agriculture, energy, healthcare, infrastructure, information and communication technologies, safety and security, and transportation industries.

According to the U.S. Department of Commerce, U.S.-Kazakhstan bilateral trade totaled $2.5 billion in 2021. U.S. exports to Kazakhstan totaled $807 million and Kazakhstan’s exports to the United States totaled $1.7 billion.

The U.S. Government is also partnering with Kazakhstan to identify and remove barriers to trade, utilize the advantages of membership in the World Trade Organization (WTO), and improve the overall investment climate. If American companies see that Kazakhstan is consistently adhering to its WTO obligations, such as notifying new or recently changed trade-related regulations to the WTO, they will be even more likely to view the country as a reliable long-term business partner.

Sanctions on Russia are designed to compel Russia’s leadership to rethink its war of choice and limit Russia’s ability to finance its war on the Ukrainian people. They are also designed to mitigate to the extent possible unintended consequences on other economies. A key example of this is the specific mention of the Caspian Pipeline Consortium in our documents that explain our sanctions – our goal is to send a clear message that trade with Kazakhstan and other Central Asian countries is allowed, even when the items transit Russia or Belarus.

The United States remains committed to partnering with Kazakhstan on a wide range of issues, as we have for over 30 years. We continue to support the sovereignty and territorial integrity of Kazakhstan. We hold the longstanding principle that a country’s borders cannot be changed by force, and that every country, large or small, has the right to determine independently its future and foreign policy.

Kazakhstan has plans to develop and adopt an ambitious long-term development strategy to lower emissions and decarbonize its economy. How do you evaluate Kazakhstan’s activities to address climate change?

Kazakhstan is blessed with abundant natural resources that are essential for energy, including hydrocarbons, but also wind, land for solar panels, and minerals that are important inputs, such as copper. To meaningfully lower emissions and address urgent climate change challenges, it is important to have the right regulations and infrastructure in place, and the United States government is helping Kazakhstan and Central Asia in this field. For example, in the United States, businesses that use significant amounts of electricity pay more for their power use than households, and a portion of all electric bills fund improvements to the grid and efforts to increase renewable energy production.

Kazakhstan is a regional leader in renewable energy development. USAID helped successfully design Kazakhstan’s first renewable energy auctions, which led to 57 renewable energy projects that will result in the avoidance of about 11 million tons of CO2 emissions from 2020 to 2025. Kazakhstan is a key partner in USAID’s platform to create a Central Asia Regional Electricity Market (CAREM), which will significantly improve the enabling environment for large-scale renewable energy. USAID is also partnering with the Almaty University of Power Engineering and Telecommunications, the Kazakh-German University, and other universities to train the next generation of clean energy experts, as well as conduct pilot projects in solar energy and smart grids at the universities. Furthermore, USAID and EBRD are cooperating with the Kazakh Ministry of Energy to assess economic, policy, and technological pathways to achieve Kazakhstan’s goal of carbon neutrality by 2060.

We would like to see Kazakhstan join the Global Methane Pledge. While the transition towards net zero might be challenging for Kazakhstan’s hydrocarbon driven economy, the International Energy Agency estimates that 60 percent of methane emissions can be abated at a net negative cost. Methane mitigation also can deliver benefits beyond mitigating climate change, including diversifying the economy, supporting local economies, reducing air pollution, and improving public health. The United States can help Kazakhstan access technical assistance programs designed to address methane abatement should Kazakhstan endorse the pledge.

In addition, if Kazakhstan decides to pursue civilian nuclear energy, we believe small modular nuclear power reactor technologies from U.S. companies could play a role in helping meet the increasing demand for electricity as Kazakhstan’s economy continues to grow.

Through these efforts Kazakhstan could diversify its energy mix in an environmentally friendly and sustainable way that is likely to attract more international investors.

How would you evaluate the role of human links in developing relations between the two countries? What programs of government-supported educational and other exchanges are currently available for our citizens?

The United States has a very strong partnership with Kazakhstan, and our people-to-people linkages are one of the most important parts of our relationship.

Such people-to-people partnership is based on shared priorities. You’ve heard before about the many programs we have with Kazakhstan. They cover a broad range of topics: business, cultural, professional exchanges, education and English language, health programs, non-proliferation and security, building the capacity of civil society, and so on. These will all continue. We are proud that the government, universities, and individuals often choose to work with U.S. schools. You can find more information about our exchange program opportunities at https://kz.usembassy.gov/education-culture/opportunities/.

We’re committed to our partnership with Kazakhstan because we value the enormous potential of the Kazakh people to innovate, to transform and to build a prosperous future. We will continue to work with the people of Kazakhstan through exchanges, trainings, and other engagements.