By Saniya Bulatkulova in Society on 16 April 2022

NUR-SULTAN  – A 15-year-old schoolgirl of the Pavlodar-based No. 8 school-lyceum for gifted children Yaroslava Kravchuk received an educational grant from NASA United Space School (USS) for creating a prototype of the small spacecraft that produces hydrogen fuel from comet and asteroid soil, reported the Kazakh Ministry of Education and Science. 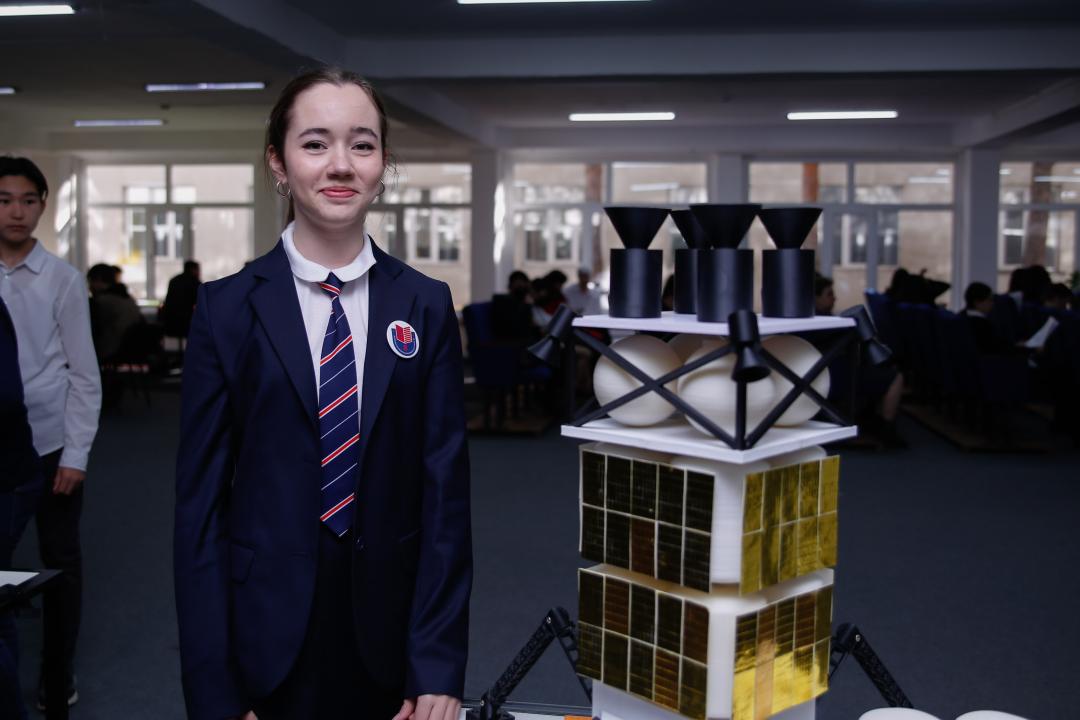 Kravchuk first presented her invention named Kanysh (in honor of renowned Kazakh geologist Kanysh Satpayev) to the USS representatives during the qualifying stage of their program and then at the international Satpayev Readings scientific conference held in Pavlodar on April 12.

In an interview with Tengrinews, the girl explained how the aircraft works: it docks with the comet, picks up soil and ice from its surface, and finally, it gets clean water. Afterward, it produces hydrogen and oxygen, which are then used as fuel.

“I have been interested in space since my childhood and started designing spacecrafts in the fourth grade. I came up with the idea of creating the aircraft last summer, and it took approximately six months to design, manufacture and put all the pieces together,” Kravchuk said.

She expressed gratitude to her teachers for their assistance in developing her project.

Kravchuk will go to the University of Houston and NASA’s Lyndon B. Johnson Space Center (JSC) this summer.

Established and sponsored by the Foundation for International Space Education (FISE), the United Space School provides an interdisciplinary program that annually brings together up to 50 students from 25 countries to study at the University of Clear Lake.