By Zhanna Shayakhmetova in Nation on 29 April 2022

NUR-SULTAN – It is necessary to protect individuals under investigation and establish legitimacy and justice in the proceedings related to the January events, reported Kazakhstan’s Commissioner for Human Rights Elvira Azimova at the press briefing on April 28. 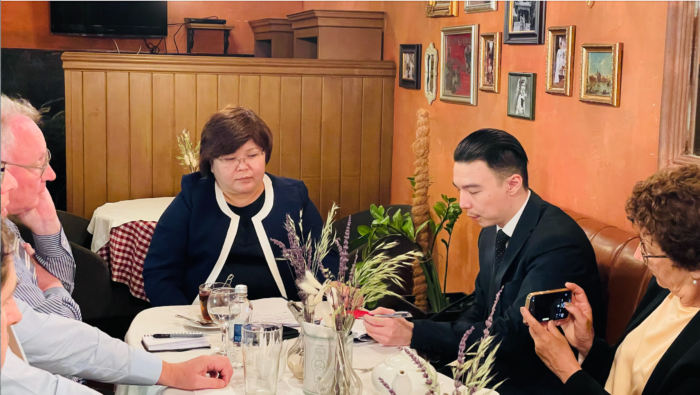 Commissioner for Human Rights Elvira Azimova spoke about the situation with the human rights agenda during the meeting with foreign media in the capital on April 28.

Azimova noted that Kazakhstan has been introducing innovative changes in the field of human rights agenda and the January events accelerated the process of legislation amendments and procedures.

“We lost people during the mass riots in January. This is a great tragedy for any nation. Now the society is interested in how many peaceful protestors have died and insist on publication of official statistics. For me, the publication of these lists mostly depends on the results of the investigation and establishment of the causes of death,” she said.

Azimova also said that compensation to families is a priority. This issue depends on the results of the investigation.

The Kazakh President and civil activists initiated the establishment of the For the People of Kazakhstan fund. “The fund has three main objectives. First is the formation of the list of people who died during the events. Those are individual data provided by those who established the fund. Second is the compensation to the victims and their families. Third is the assistance and support from the illegal activities of law enforcement officers to those who experienced violent actions. The fund has already allocated compensation to 20 families,” she added.

In connection to the mass riots, more than 4,000 people have been arrested since the beginning of January. Most of the cases were administrative cases. The majority of administrative cases resulted in warrants for breaking the state of emergency, which was in effect January 5-19.

“We are mostly interested in persons who are under criminal cases. Most of those cases include the participation in mass riots, assaulting the buildings, obtaining weapons and robberies. From the appeals that we received, most of them include ungrounded reasons for arrest, lack of access to lawyers and medical care,” she said.

There are also cases related to unlawful methods of investigation. At the end of January, the number of cases related to torture or other illegal actions was estimated at 21, this number has now reached 310 cases. “As the Prosecutor General’s Office reported some people use complaints on torture to avoid charges for committing crimes. For individuals that have been investigated or charged for the first time and did not use any violent actions during the riots, the court should consider alternative measures that do not include arrest,” Azimova said.

As for the initiatives proposed by the President, Azimova mentioned the importance of reforms aimed at expanding the political rights of individuals and their participation in political parties, their ability to take part in maslikhats elections and make appeals to the constitutional court.

Recently, Azimova has held talks with UN High Commissioner for Human Rights Michelle Bachelet, Representatives of the Swiss Foreign Ministry, Ambassador and Assistant State Secretary for Europe, Central Asia, Council of Europe, and OSCE of the Federal Department of Foreign Affairs of Switzerland Anna Ifkovits Horner on the human rights situation in the country.

“The foreign public officers welcome the Kazakh President’s initiatives. This confirms the intention of the country’s leadership to change the situation for the better, develop new formats. It is important to preserve what has been achieved and improve it,” she added.

Azimova also emphasized that the local authorities should involve civil society in the implementation of all their initiatives.

The peaceful protests were turned into mass riots by destabilizing forces, which led to tragic consequences in January, said Deputy Head of the first Service Yeldos Kilymzhanov at the briefing at the Prosecutor General’s Office. 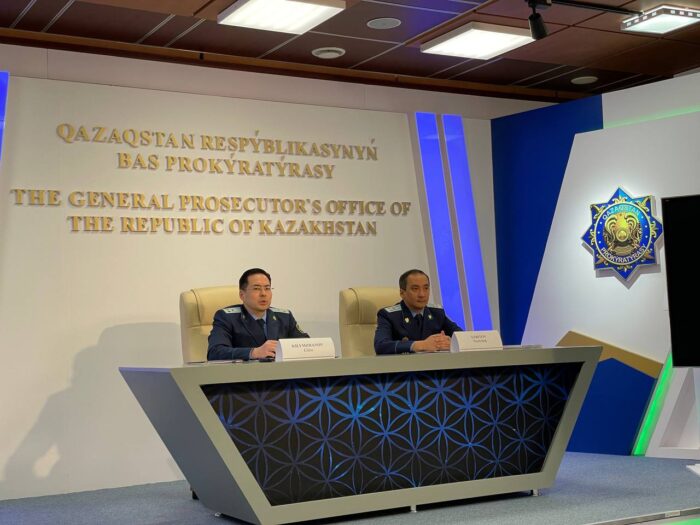 The police officers were not armed, they ensured the rule of law and order and held back the crowd. “Our government managed to stop these riots. Everything is being rebuilt and damages are being provided. A criminal investigation is underway,” said Kilymzhanov.

The Prosecutor General’s Office has established that more than 230 people died including 19 police officers. Each case is being investigated by the police department and by special prosecutor officers in some cases.

“The police did not open fire on the civilians. Weapons were used against terrorists and attackers. We have 5,000 injured people and 80 percent of them are law enforcement officers. Each day we are trying to establish the cause of death,” he said.

The Prosecutor General’s Office filed 5,041 criminal cases in connection to the January attacks. Some 243 people have been convicted of crimes and hundreds more people are considered suspects including those under charges related to terrorism. More than 600 cases are still currently being investigated.