NUR-SULTAN – The Kazakh Prosecutor General’s Office has released new data from their month-long investigation into the January unrest at a Central Communications Service press briefing on Tuesday. 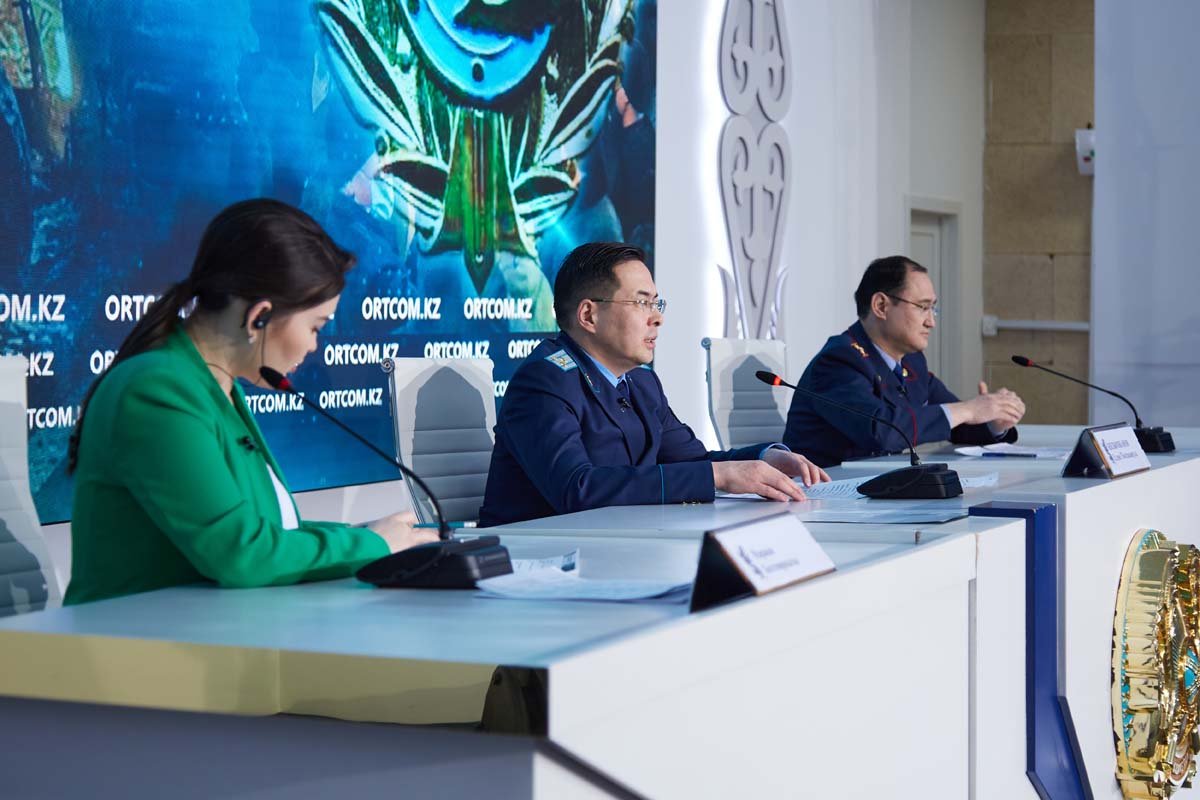 The investigation is carried out by interdepartmental investigative and operational groups led by special prosecutors. They are currently investigating 262 criminal cases, including 44 on acts of terrorism and 47 on mass riots. 733 persons are in custody facing criminal charges.

“All necessary measures are being taken to identify and prosecute the organizers and participants of these crimes. As of today, 547 persons have been identified as suspects in the organization and participation in mass riots, and 269 of them are under arrest,” said Yeldos Kilymzhanov, deputy head of the First Service of the  Prosecutor General Office.

Across Kazakhstan, 3,702 criminal cases are under investigation and most of them are thefts, robberies, and possession of weapons.

“If the persons are identified, after the necessary investigative actions, the cases are immediately sent to court. The courts have already convicted 152 persons for these crimes,” said Kilymzhanov.

For those, who plead guilty and compensated for the damage, the punishment was eased to community service or restriction of freedom.

During the January events, hundreds of weapons were stolen from police departments. As of today, 1,386 weapons were seized from criminals, including 154 assault rifles, 419 pistols, 166 traumatic weapons, 70 special rifles, and 30 grenade launchers, while the search for other stolen arms continues.

“Illegally possessed weapons can be used at any time by criminals against civilians. We continue explanatory work to ask citizens to voluntarily surrender weapons and provide any known information about suspicious persons, illegal possession and sale of firearms and bladed weapons. As of today, citizens voluntarily surrendered 120 weapons. At the same time, none of them has been held criminally or administratively liable,” said Kilymzhanov.

Kilymzhanov assured the people of the lawfulness of the investigation process. In January, the Kazakh Ministry of Internal Affairs confirmed it was investigating seven cases of torture used on civilians. Kilimzhanov said there are now ten such cases.

“There are posts on social networks about the continued use of unlawful methods of investigation against persons currently in custody. We assure you that no violence is allowed against these people. At the same time, we continue to work on mitigating the previously used preventive measures. Prosecutors meet with relatives of detainees and persons in custody, their arguments are thoroughly checked and, on this basis, decisions are made to change preventive measures. Taking into account their personality, health condition, and other characteristic materials, 275 persons were transferred from custody to release on recognizance not to leave, bail, house arrest, and personal guarantee,” he said.

The use of torture against people in custody is unacceptable, said President Kassym-Jomart Tokayev in his March 16 state of the nation address acknowledging the use of torture by some law enforcement officers, saying that “such barbaric middle age manifestations are contrary to the principles of any progressive society.”

The country’s Human Rights Commissioner Elvira Azimova and the National Preventive mechanism members are working to protect the rights of people during the investigation. Their efforts were the key message of Azimova during her recent visit to Brussels where she met with members of foreign affairs and the human rights subcommittee of the European Parliament.