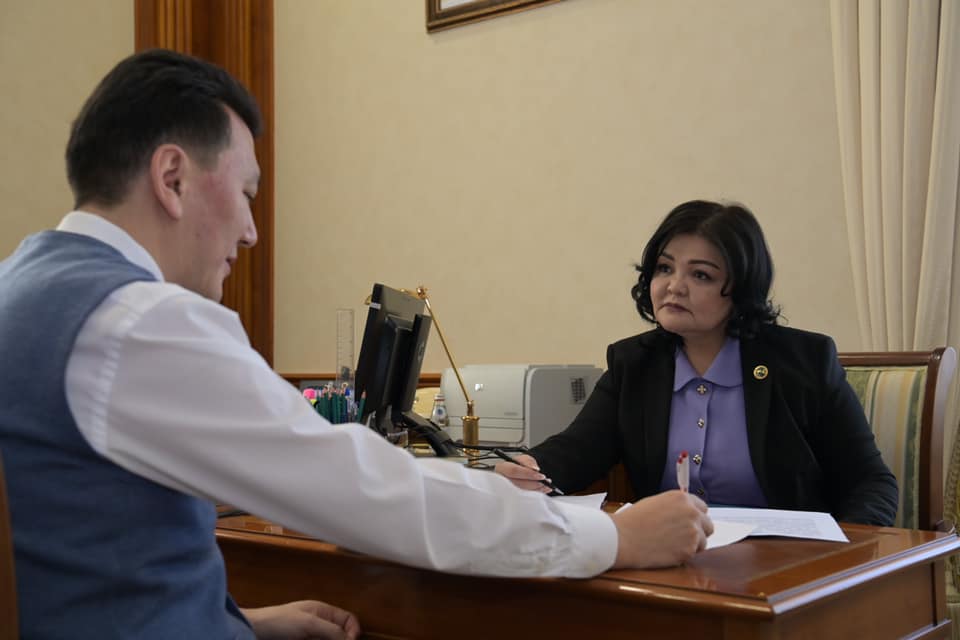 According to him, the ministry received 74 complaints from citizens against misconduct by police officers between Jan. 17 and Jan. 23.

“The Ministry of Internal Affairs responds strictly to the facts of the use of physical force against citizens. Each fact is carefully investigated, with the analysis of video cameras, including those installed in police buildings and public places. In particular, seven pre-trial investigations under Article 146 of the Criminal Code (torture) were initiated on 27 reports, official investigations are carried out on 20 cases,” said Oraz. He reminded the citizens of a 24-hour hotline that they can use to report the facts of misconduct of police officers, who were reportedly abusing their powers with illegal arrests and mobile phone checks after the mass unrest.

Amanat public commission that includes professional lawyers, Majilis deputy, member of the National Council of Public Trust, and one representative each from the Prosecutor General’s Office and the Ministry of Internal Affairs began its work on the release of ostensibly arbitrarily detained people in Almaty. The commission was created to protect the rights and freedoms of citizens unreasonably persecuted in connection with the January events.

The country’s readiness to investigate all reports of torture was also reaffirmed by Kazakhstan’s Secretary of State Erlan Karin after his meeting with well-known lawyer Aiman Umarova, who initiated the creation of the commission into the January events.

“She intends to collect the materials, study the opinions of Almaty residents who suffered during the riots, and make various requests to the law enforcement agencies. The commission includes well-known human rights activists, and lawyers specializing in criminal procedural law. (…) We agreed that we will keep in touch,” wrote Karin in his Facebook post emphasizing the equal interest of the government and law enforcement agencies in an objective and transparent assessment of the events.

Meanwhile, the Prosecutor’s Office continues its work to determine the causes and details of the terrorist acts that shocked the country at the beginning of January. There are 819 criminal cases under investigation, including 45 on terrorism charges, 36 on mass riots, and 15 on murder.

“The law enforcement agencies take all necessary measures to identify and prosecute those involved in the crimes and fully restore public safety,” said Deputy Chief of First Service of the Prosecutor’s Office Yeldos Kilimzhanov during the press briefing.

The situation in Kazakhstan, which saw peaceful protests over a hike in fuel prices turning into violent unrest at the beginning of January, has now stabilized. But the counter-terrorist operation continues in some regions.