It is noteworthy and deserves international attention that the President of Kazakhstan in his address to the nation on March 16 made a policy statement characterized by the desire to radically change the political, social and economic conditions in the country. 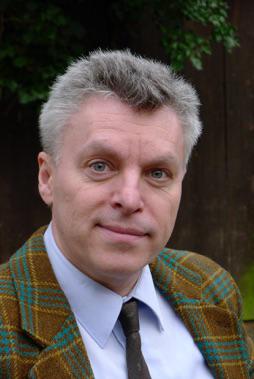 At the same time, the President does not use a historical opportunity to cover up current challenges or make populist concessions to target groups of voters, and satisfy private interests, rather, he appeals  to the main question of the basic principles of building a fair and free society. With his vision of a solid constitutional foundation for the future of the new Kazakhstan, he makes it clear that he wants to firmly anchor Kazakhstan in the traditions of the great constitutionalists and social philosophers of the 18th, 19th and 20th centuries.

The President rightly begins his statement with a reference to the violent riots in January of this year.

Even for foreign observers who are well-informed about international events, there is no doubt that these acts of violence were by no means simple demonstrations against the increase in the price of liquefied natural gas. Rather, an analysis of prehistory shows that foreign forces used the situation to create chaos to undermine Kazakhstan’s efforts to find an independent path to the future.

The President also made no secret of the fact that there are groups of people in the country who are not interested in the course of reforms for the country, because they put personal interests above the interests of the population.

After the collapse of the Soviet Union, Kazakhstan had a difficult starting point for good and fair development in the third millennium. The country has every right to follow this path independently and confidently, relying on the rich traditions and culture of the country.

President Tokayev has shown himself to be a brave head of state who is not afraid to point out that in recent decades there have also been injustices and unjustified privileges that have hindered the development of the population’s potential. He therefore rightly calls for political reforms that should build on the first steps taken over the past three years.

According to the classical liberal position of the Institute for Applied Political Economy in Vienna, it is necessary to promote the rule of law, the principles of separation of powers and “the government by law” concept, as well as to strengthen the active participation of the population.

It should not be the case that the basic elements of the law do not apply to certain groups of people simply because they are rich and have taken control of important resources. It is necessary to resolutely fight nepotism and the privileged economy. It is important to create a stable multi-party system. However, one should take into account the danger of a party dictatorship, which has led to political degeneration and new forms of injustice in many European countries.

The Independent Constitutional Court established by President Tokayev is very important, as well as an influential body for the protection of human rights. In addition, the goal of creating an independent Accounting Chamber is very welcome. Similarly, the planned institutional protection of regional and national interests is essential. Finally, the establishment of a legal and economic framework for independent media will need to be vigorously pursued.

The President has boldly embarked on an important reform project. The Institute for Applied Political Economy in Vienna congratulates him on this undertaking and is happy to provide theoretical and practical support.

Spiritual Father of this institute, Austrian Nobel laureate Friedrich August vonHayek has developed promising proposals for an effective state constitution, the implementation of the principle of separation of powers and a truly democratic legal framework for a society of free people (see his trilogy “Law, Legislation and Freedom”), which can and should be useful for the current situation and the future Kazakhstan.

We wish Kazakhstan every success in its bold steps towards a free and prosperous society.

The author is Christian Zeitz, the research director of the Vienna Institute of Applied Political Economy.